Maurizio Cotta is Professor of Political Science at the University of Siena. He is co-author, inter alia, of Political Institutions of Italy (2007) and Technocratic Ministers and Political Leadership in European Democracies (2018). He currently coordinates the Horizon 2020 project 'EUENGAGE: Bridging the gap between public opinion and European leadership: Engaging a dialogue on the future path of Europe' (2015-2018). 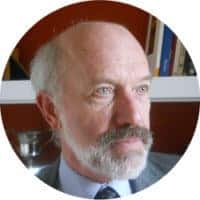 The general assumption was that the political and parliamentary landscape of Italy would become more complex after the 2018 elections. However, quite unexpected was the major political earthquake the vote has triggered. Clear winners are the Five Star Movement and the League. Equally, clear losers are: the Democratic Party, together with its left-wing splinter alliance […]

The Italian parliamentary elections on March 4 are expected to yield no easy results, as no single party is likely to be able to form a government by itself. Who will take charge and what policies will the new government adopt? The Bertelsmann Stiftung’s 2017 Sustainable Governance Indicators on Italy clearly indicate that its most […]