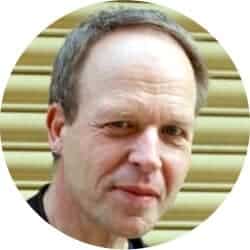 In her article ‘Unconditional Basic Income is a Dead End’, Anke Hassel rejects basic income as a threat to individual development and social integration, claiming that it would remove people’s motivation to join the labour market. Young people from working class and migrant families in particular would not invest in their general education and vocational training. Even the workplace-centred integration of the growing number of immigrants would be absent if they lose the motivation to join the world of paid work. Hassel’s basic assumption is correct: Work is important to improve one’s skills, to develop self-confidence and to feel acknowledged in society. But is this at risk through basic income?

First, we have to ask ourselves: Do we really know the impact made by fewer coercions to join the labour market? In Finland an experiment has started to explore just this. We should wait for the results. In the ‘Mincome‘ experiment in the 1970s in Canada the labour market supply, measured by the number of yearly working hours, declined between one and seven percent. That sounds not dramatic. Two more results: more young people (especially working class young men) graduated from high school and the number of days spent in hospitals declined.

Second, we have to raise the question whether only paid work can fulfil the important task of personal growth and social integration. In economies dominated by capitalist motivations, societal recognition through work is linked to the need for an income: The need to produce something, make an impact and be recognized is “translated” into the wish for being paid for everything which one does.

A possible starting point for breaking with the capitalist-dominated work society is to separate basic individual and societal needs from paid work. The partial decoupling of work and income that might be at least partially achieved by an unconditional basic income would raise the prospect of a multi-faceted life beyond market structures, including various forms of self-organized individual and communal work.

The qualities which the people will learn in these non-monetary forms of work will cause an even higher demand for “good works” in the labour market. People could refuse work which neither fosters one’s personality nor has social and ecological value, with basic income to back them. The labour market becomes less hierarchical. Therefore, we can designate basic income as an “authenticity lump sum”.

The second argument Hassel makes is that basic income would cause a bad economic redistribution mechanism: The middle class would pay for the basic income but wouldn’t benefit materially. What does she mean by ‘middle class’? However we finance basic income – via an increase in income tax, eco-taxes, consumption taxes, capital gains/wealth tax or inheritance tax – the members of the small richer part of society will pay more than they get back as their own basic income. Basic income is redistribution from the most affluent 20-30 percent to the rest – all financing examples show this.

As Hassel remarks, many low-paid workers who would really benefit from this redistribution reject basic income. But we can argue the following in response: Basic income is a social state for all, not only for those who get subsidies paid from others under today’s system. What’s more, one can point to the fact that, with a basic income for all, the monetary gap between those doing paid work and those getting only welfare benefits will grow.

However, these arguments are theoretical and we have to evaluate the experiments, mainly to do with mitigating coercion to work in return for social benefits rather than a true basic income for all. Of course, basic income which gives everyone more bargaining power, would change the constitution of labour market. The price of labour, which contains less appealing tasks and conditions, would rise. Due to the growing options to say “No” to work seen as senseless in various regards, the share of work which people really want to do and see as required, will grow: We will have more “authentic” work, but probably an overall decline of labour. But why we should reject this possible change? Keynes himself expected that his grandchildren would only need to work 15 hours a week due to technological progress and better satisfaction of needs.

Whatever we think about this basic income, it is a new principle for the social state, and a new chance to re-think work, what it is and what it should be, as Hassel wants as well. Introducing a basic income would be a great transformation and it should be set in train slowly. People and society should have enough time to adapt individuals’ behaviour and amend social institutions. Implementation can go forward step by step, until the full amount of a basic income covering the socio-cultural minimum for existence is reached.

UBIE is researching the idea of a partial basic income, a Eurodividend of €200 a month, paid to every European citizen. This would be both a very necessary contribution to a more social Europe and a first step to the great transformation. Basic income is not a sweet poison but a tonic catalyser for a more authentic working world.