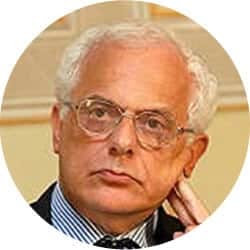 Historically, tax systems evolve following the evolution of taxable bases (actual and potential). In other words, governments over the centuries and millennia used to “follow the money” (and still do) Thus, the levies moved from the products of agriculture and sheep farming to land taxation, real estate, trade (duties), excise taxes, taxes on the value of goods, taxation of income and profits, personal taxation, progressive taxation, general consumption taxes, etc. In short, the tax authorities track economic development and wealth-formation.

The proposal to “tax robots,” taken over recently by Bill Gates, is therefore not extravagant because, if the taxable base represented by human labor is reduced, it is inevitable that the levy will be directed, sooner or later, to other sources, even if at the beginning this may appear unconventional or even controversial.

But what does “taxing robots” really mean? In fact, the debate started more than 20 years ago when, in the face of an excessive tax burden on labor, some economists proposed reducing social security contributions and replacing them in part with “green taxes” (the so-called â€œdouble dividendâ€ theory). The particular tax target was a negative externality: CO2 emissions.

Other economists, on the other hand, proposed reducing social insurance contributions by replacing the “wage” base with a value-added base, with the declared intention of “taxing the robots”. And this indeed seems to be the correct and rational solution to the problem of a declining tax base.

Over the last 30 years, in fact, the share of labor income compared to national income has fallen, in the major countries, by more than ten percentage points, with an equivalent increase in incomes other than labor (corporate profits, interests, financial rents, etc.). Consequently, it would be entirely logical to shift taxation from labor to other incomes, thereby keeping revenue constant, and therefore, for example, trying to replace social contributions based on wages with a levy on the entire added value of national income. This is the easiest and most straightforward way to ensure that even robots pay their rightful share of taxes. Moreover, this would reduce the cost of labor to a substantial extent. For example, in Italy, social security contributions account for 33% of gross salaries. If the same levy were collected on the entire added value, a rate of approximately 16% would suffice.

This would create a general welfare fund at the expense of robots and for the benefit of all. The other taxes would be commensurate with residual income and, in this context, corporate taxation could be made progressive.
Harder and less rational would be to imagine a system in which robots are individually identified and hit. In fact, the issue is not about taxing technology, but about making taxation more equitable, rational and balanced. This would, however, involve a reorganization and a rethinking of the design and functioning of current social security systems.
In essence, if “robots” are used by companies that increase their profits share with respect to total GDP, it is clear (certain?) that, in future, these growing profits will become a favorite taxable base.

The new production sources of wealth are today the internet (and not by chance sometimes a â€œbit taxâ€ is proposed) and automation, but they are ignored or even exempted by existing tax laws. Think only about the pursuit of rules that introduce in various countries “patent boxes” which essentially is favoring the most innovative and profitable companies, or the controversial race to the bottom on corporate taxation.

For the time being, it seems that the world is going in the opposite direction to that indicated by Bill Gates. In the meantime, inequalities increase, poverty is growing, and the middle class is disappearing. The world tends to polarize between a handful of super-rich or wealthy people, and ever-expanding masses without rights and without resources. The related social conflict sooner or later will explode and have to be tackled, not just at the level of tax, but also by reorganizing economically, reducing working hours, etc. How long will it take?