Inequality is the defining issue of our time. (Barack Obama)

This is what then US President Barack Obama said about inequality at the end of 2013. Almost half a decade later we unfortunately have to conclude that it still is one of the defining issues of our time and that we have seen the beginning of a political feedback loop. The unresolved inequality challenges amongst other things contributed to the the Brexit vote in the United Kingdom and the election of Donald Trump in the United States. It was not just the persistent patterns of huge inequalities between different parts of society but also the growing frustration that political systems have become unresponsive to the concerns of people suffering from the current state of affairs. When analysing the challenge of right-wing populism it is crucial not to do so at a superficial level only trying to dissect the communication techniques and understanding the current electoral appeal of populists – as important as this is. It is at least equally important to try to understand the socio-economic and political conditions that enabled those communication techniques to develop electoral appeal. Inequality is a huge part of this background story. 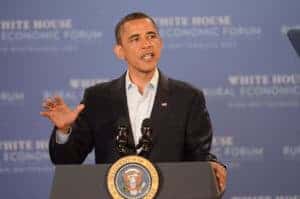 For this reason, Social Europe teamed up again with the Europe Office of the Friedrich-Ebert-Stiftung and the Institute of Economic and Social Research of the Hans Böckler Stiftung in a project investigating various aspects of the inequality issue with a specific perspective on the European dimension of inequality. Over the course of several months we collected fifteen contributions by globally leading experts to help getting a grip on what inequality means today. These contributions form the three parts of this dossier starting with a general section on understanding inequality and related issues such as globalisation, migration and populism followed by chapters on inequality in Europe and a final part investigating the inequality dimension in specific policy areas.

Inequality will be an important public policy issue for years to come and we hope this dossier will promote understanding of some of the underlying issues and inform the development of effective policy solutions.

You are here: Home / Library / Inequality In Europe