It’s time for the rest of Europe to show solidarity with Ukrainians through temporary protection of refugees.

The horrendous attack on Ukraine by Russian forces will without doubt issue in a major humanitarian crisis. On top of a large group of internally displaced people in need of assistance will be those who seek protection in the European Union. Many Ukrainians already have family and other relationships in the EU, to where they can travel legally and visa-free since 2017.

Ukrainians fleeing the hostilities are already arriving in neighbouring countries, including Poland, Romania, Slovakia and Hungary and (outside the EU) Moldova. Given the intensity of the violence, the numbers can only grow. These developments require the union and its member states to stand in unity and show solidarity towards Ukrainians, who cannot be left to fend for themselves.

Large numbers of arrivals in a few states bordering Ukraine will put a lot of pressure on their reception systems, leading to substandard conditions for those arriving as well as potential tensions with the host population. But if the responsibilities for those fleeing the conflict are shared more equitably, such as by other states offering to take certain numbers of those arriving—accompanied by financial assistance from EU and member-state sources—the challenge will not be too big to tackle.

Thankfully, there already is an EU instrument to facilitate just this this, perfectly tailored to the challenge—the temporary-protection directive. The TPD was created as a response to, and lesson learnt from, member states’ experiences with the wars of the Yugoslav succession, especially the 1999 Kosovo crisis at the gates of the union.

During the turmoil there, many member states contributed to an international effort to provide temporary protection to a large number of Kosovars, stuck in limbo after having fled to an overwhelmed North Macedonia. In a wider sense, the TPD can be regarded as an institutionalisation by the member states of the efforts made to address this humanitarian-protection crisis.

The TPD establishes ‘minimum standards for giving temporary protection in the event of a mass influx of displaced persons from third countries who are unable to return to their country of origin’ (article 1). Adjacent to this is a solidarity appeal to all member states to indicate their capacity to receive people eligible for international protection and provide other forms of assistance, to ensure ‘a balance of effort between Member States in receiving and bearing the consequences of receiving such persons’.

The idea is also to provide relief to the asylum systems of the member states most directly affected. This is a temporary, group-based form of protection, to provide speedy and non-bureaucratic assistance to a defined group in immediate need. It leaves open access to the regular asylum system of the host state, where of course individual assessment of any such claim would in due course be required.

The TPD guarantees, moreover, the fundamental rights of those in need of temporary protection, including basic healthcare, education, housing and welfare rights, as well as immediate access to the labour market. It thus allows beneficiaries to contribute to realising their own subsistence needs.

Since its enactment in 2001, however, the TPD has never been utilised. This was not even so during the 2015 ‘refugee crisis’, when amid numbers fleeing war and conflict comparable to the Yugoslav collapse the very existence of a Common European Asylum System was put in question.

A decision to deploy the TPD in a specific situation needs to be made by the Council of the EU, based on a proposal by the European Commission, acting on its own volition or at the request of a member state. The problem is that what constitutes ‘a mass influx of displaced persons’ is not precisely defined in the directive, leaving a large margin for interpretation.

But when if not now would the threshold for application be crossed? The images coming from Ukraine are a bleak reminder of the horrors in the Balkans in the 1990s, the last time war was waged on European soil—and the very occasion for the TPD to be enacted.

Unity among member states and solidarity towards fleeing Ukrainians are indispensable. This is, first, to demonstrate that the EU is a community of values—not only in high-flying rhetoric but also in practice—which stands in strong opposition to Russia’s imperialism and its transparent attempts to divide. Secondly, it is to make use of the political momentum to demonstrate the benefits of pan-European co-operation on asylum, when even member states resisting solidarity and responsibility-sharing in EU asylum policy show willingness to accept Ukrainians in large numbers.

It is a chance finally to push forward the reforms needed to rebuild the Common European Asylum System around core values, such as solidarity and a focus on protection for those in dire need. 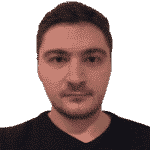 Dr Lukasz Dziedzic is a tutor at PPLE college, University of Amsterdam. His research comprises a philosophical and doctrinal analysis of the significance and meaning of the principle of solidarity and fair sharing of responsibility in the Common European Asylum System (CEAS).