Monetary tightening only risks recession, whereas fiscal measures can set Europe on a sustainable recovery path.

As Europe heads into the tail-end of the year, the continent remains gripped by inflation fuelled by the war-related energy crisis, weak currencies and continuing supply-chain woes. Mortgage rates have also risen sharply. Yet more distress may be on the way, with a potential recession looming. Though there is no easy path to a ‘soft landing’, progressive fiscal measures—including temporary levies targeted at affluent taxpayers and emergency assistance for those in need—must be part of the armoury to curb inflation and its deleterious effects.

The European Central Bank, like many of its peers around the world, has turned to monetary tightening to stifle demand and ease inflation, which breached 10 per cent year-on-year in the eurozone in September (over 22 per cent in Estonia, Latvia and Lithuania). The ECB raised interest rates by a record 75 basis points to 1.25 per cent. Key rate benchmarks, meanwhile, have been hiked to 6.75 per cent in Poland, 7 per cent in Czechia and 13 per cent in Hungary, by the respective national banks.

While the steep rise in interest rates may act as an inflation sledgehammer, it also risks sending economies into a tailspin. Surging unemployment and severe recession could be on the horizon as rising producer costs, tight money and leaner wallets challenge the margins of even the most successful companies.

A repeat of the Great Recession of 2008-09 must be avoided at all costs. The decade that ensued saw Europe struggle through multiple bouts of austerity, persistently high unemployment (particularly among young people) and elevated poverty. The tumultuous economic climate provided an environment conducive for far-right and populist parties to thrive across Europe, challenging fundamental freedoms and institutions integral to economic and political stability. The victory of Italy’s far right in that country’s recent elections is a major warning sign.

Prior crises, in fact, reveal that the answer to the current predicament lies in progressive fiscal measures, rather than in overly aggressive monetary policy and spending cuts which hit the poor hardest. Following the second world war, for example, West Germany successfully implemented temporary wealth taxes on the most affluent to fund its reconstruction efforts and level up society. Wealthy taxpayers absorbed tax rates as high as 50 per cent on their assets, spread across multi-year periods. The now-celebrated measures contributed additional revenue of up to 1 per cent of gross domestic product per year, helping to alleviate surging debt, curtail inflation, promote social cohesion and ultimately finance the postwar economic boom.

In the aftermath of the 2008-09 financial crisis, Ireland imposed a five-year 0.6 per cent wealth tax on private-sector pensions to address the fiscal repercussions of its banking-sector collapse. The Irish policy was credited for generating up to 0.5 per cent of GDP in annual revenue—€2.4 billion over five years—for government coffers. These funds were channelled towards a ‘Job Initiative’ which buttressed Ireland’s recovery, even as the country abided by the 3 per cent deficit targets stipulated by its bailout packages supervised by the the International Monetary Fund, the European Commission and the ECB.

Because the West German and Irish taxes could be plausibly sold as one-off policies of short duration, crafted as exceptional responses to distinct crises, any detrimental effects on economic behaviour and productivity appeared negligible. The temporary measures generally averted the tax resistance and/or asset relocations which might have accompanied recurring levies. The policies also proved politically palatable. The Irish tax, in fact, saw minimal public pushback—society proved willing to absorb it against an economic backdrop which offered few viable alternatives.

The current wartime climate, undoubtedly, also falls within ‘emergency’ parameters. Though the European Union itself has not been directly at war, Europe has been severely affected by Russia’s invasion of Ukraine and the lingering effects of the pandemic on recovery. European leaders, therefore, can credibly introduce taxes on select groups without harming economic activity. These fiscal tools, paired with modest monetary action, can be deployed to mitigate inflation, shore up public budgets and provide necessary assistance to the most vulnerable.

On inflation, for instance, governments can combat demand through temporary tax hikes targeted at the wealthiest households in Europe. These tax increases—applied to income, wealth and/or luxury consumer goods—would serve to reduce consuming spending. Expenditures on housing, services and goods by the affluent can indeed have a significant knock-on effect on prices more broadly. These processes, moreover, would soften the need for steep interest-rate leaps which could jeopardise employment, housing affordability and debt sustainability across the continent.

The revenue streams from the new taxes could be deployed to assist citizens weather inflation and soaring energy prices. Funds could also be allocated to resolving supply constraints, by boosting the availability of affordable housing, bolstering the transition to alternative energy sources and accelerating the digital transformation. Spain, for example, has introduced a new wealth tax on individuals whose personal worth exceeds €3 million. The levy has been billed as a ‘solidarity’ measure, with the taxes applying only in 2023 and 2024 and ranging from 1.7-3.5 per cent, depending on the scale of assets.

The United Kingdom, by contrast, has revealed the folly of alternative paths which rely strictly on monetary tightening to stem inflation and deficit spending to assist consumers to cope. The prime minister, Liz Truss, was forced to backpedal on proposed tax cuts skewed to the wealthy, following market turmoil and a potential sterling crisis which compelled the Bank of England to buy bonds.

Any effort focused solely on monetary instruments to counter inflation will fall short. Technological progress has been celebrated as a powerful disinflationary force. Yet rising interest rates, if taken too far, could hamper innovation and hinder start-ups due to excessive borrowing costs and reduced access to capital. And though the ECB expects a 5 per cent drop over two years in house prices for every percentage point rise in interest rates, supply shortages will continue to affect house prices in urban magnets. In fact surges in rates could discourage investment in new home construction and exacerbate the housing shortfall.

Over the long term, it would be beneficial to assess options for hard-wiring such mechanisms into law. Progressive consumption taxes, for example, could be designed to switch on (during inflationary booms) or off (recessions), depending on economic conditions.

This crisis, finally, underscores the continued gap between the EU’s fiscal and monetary tools. While the pandemic spurred the union to engage in unprecedented joint borrowing and recovery spending, this emergency presents an opportunity for the bloc to reform itself and develop tax levers to address inflation. Meantime, one-off, targeted taxes by member states, working alongside monetary policy, can help curb inflation and put Europe back on an inclusive and sustainable recovery path. 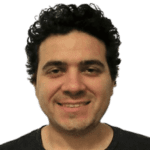 Shane Markowitz is an assistant professor at the Institute of European Studies and International Relations at Comenius University and an associate fellow at the GLOBSEC Policy Institute in Bratislava, where he conducts research on the future of Europe.