As inflation has re-emerged, so have calls for general monetary tightening. Wiser counsel should prevail.

A spectre is haunting Europe (as well as the United States and the United Kingdom)—the spectre of inflation. With the reappearance of this old ghost, the urge to curb price increases via interest-rate increases, swiftly and at all costs, has also returned.

The Bank of England and the US Federal Reserve have already announced they will raise rates imminently. Pressure is mounting on the European Central Bank to do likewise. Indeed, according to its former executive board member Jürgen Stark, if the ECB does not stop inflation from rising further it will lose all credibility.

Caution is in order, though. Central banks do not have a magic button they can press to stop inflation painlessly.

To cool an overheated economy central banks can raise the price of money in terms of short term-interest rates. Credit becomes more expensive and harder to get; business and consumers spend less and economic activity slows; over time, prices fall.

These actions however come at a cost. Firms make workers redundant and cut investment; some go out of business. High interest rates also push governments to enact austerity, as their own debt becomes more expensive to service. Rate hikes constitute a blunt instrument, which does not target the underlying drivers of inflation.

In the 1980s, raising rates was an effective way to bring down inflation driven by high public and private expenditure. But inflation can have many causes other than excess demand in the economy.

The current surge in inflation results from the economic disruption caused by the pandemic. In part, it is driven by ‘composition’ effects: as a result of Covid-19 and the coincidental (semi-)lockdowns, consumers have changed their spending patterns.

Spending on manufactured goods has surged, with high-income households buying new cars and bathrooms, as well as splashing out on kitchen equipment and expensive hobbies. Meanwhile, customers have been staying away from restaurants, bars, hotels, concerts, clubs, hairdressers and other services.

Crucially, manufactured goods change prices more quickly—they enjoy more price ‘elasticity’—than services. They also rely on complex, often global, supply chains. The sudden switch in demand has been paralleled by disruptions of production, due to lockdowns and other safety measures. High demand and faulty supply have allowed manufacturers to raise prices sharply. Prices of services, however, have remained stable.

Raising rates would not solve any of these problems and could in fact exacerbate them. With the first signs that supply is catching up already apparent, higher rates would discourage producers from investing in additional capacity to relieve bottlenecks.

For semiconductors, for instance, exports from south-east Asia and sales in the US are exceeding pre-pandemic volumes. The same holds true for medical protective equipment, coronavirus test kits and masks. These were all in short supply at the beginning of the pandemic but are now widely available.

Raising rates would also do little for the low-income households hit hardest by high living costs and energy prices. They should be compensated directly through transfers and subsidies for essential goods, as European governments have already begun to do. An economic downturn caused by central banks would only worsen their plight.

Why then would central banks raise interest rates? Stark’s argument turns on the need to maintain credibility: if economic agents believe central banks will achieve their inflation target, then that itself will help achieve that objective.

What if inflation proves more durable? The answer should not be ‘one-club’ monetary policy confined to the ECB. Governments could and should play a role in fighting inflation, for example through oversight of supply chains, fiscal tools, enhanced competition policy or targeted price controls.

Not across the board

Even were the ECB to feel obliged to raise interest rates, it need not do so across the board. In this regard, its unconventional ‘targeted long-term refinancing operations‘ and its flexible Pandemic Emergency Purchase Programme show the way forward.

Relying on the EU’s emerging taxonomy for ‘green’ finance, the ECB should continue to ensure low refinancing costs for green investments. Similarly, in line with its new strategy, the ECB should be hesitant to allow government funding costs to rise too quickly and monitor spreads.

For now, however, the ECB should keep its cool and look through the temporary price spikes. The greatest threat is not inflation per se but the supposed quick fix of interest-rate hikes. The ‘cure’ might end up inflicting more damage than the disease. 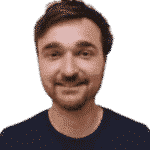 Jens van ‘t Klooster is a Research Foundation—Flanders postdoctoral researcher at KU Leuven and member of the research group ‘A New Normative Framework for Financial Debt’ at the University of Amsterdam. 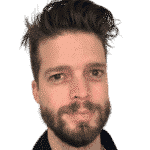 Hielke Van Doorslaer is a PhD candidate in international political economy at the Ghent Institute for International and European Studies, University of Ghent. His research focuses on monetary politics in the aftermath of both the financial and Covid-19 crises.