The notion that active-labour-market policies are the solution to unemployment has long been an act of faith. That’s the problem.

The leading idea for recovering from the pandemic is to make more people work, although the public-health restrictions have demonstrated that never have we needed so few people at work to keep western economies and societies functioning. The communiqué from the European Union Social Summit in Porto in May set out the headline target of having 78 per cent of Europeans aged 20 to 64 in employment by 2030—fully 5 percentage points more than pre-pandemic.

As the key measure to achieve this, the European Commission and most member-state governments look to active-labour-market policies (ALMPs). Despite decades of experience, however, there is little empirical evidence to indicate their effectiveness or value. The authoritarian moral tradition behind such neoliberal governance of the labour market has meanwhile gone unrecognised.

European welfare states were originally developed to provide material supports to address poverty and other social risks. But from the 1960s onwards a supposed side-effect was identified—that groups of citizens were becoming trapped on welfare and so deprived of agency. From this fuzzy notion ALMPs emerged.

Indeed, there is very little agreement on what constitutes an ALMP and nothing approaching a dominant design indicative of best practice. What marks a policy initiative as an ALMP seems to be the aspiration to reform the ‘dependent’ individual so they are ‘motivated’ to work. As activation was embraced by the ‘third way’ political platforms of the 1990s, the metaphor of turning the safety-net of passive welfare states into a trampoline was used to guide policy formation.

Over the past 25 years considerable efforts have been made to evaluate ALMPs. They are expensive to deliver—expenditure on them averaging 0.6 per cent of gross domestic product in advanced economies—and so attract scrutiny. Many of these evaluations are baked into the policy, while others have been undertaken by academics, government economic-evaluation services or international organisations such as Eurofound, the International Labour Organization, the Organisation for Economic Co-operation and Development and the World Bank.

The most authoritative study, a meta-analysis by the economists David Card, Jocken Kluve and Andrea Weber, searched for a pattern in 200 evaluations of specific ALMPs and found that in the short run average impacts were close to zero. The outcomes are slightly more positive over two to three years—but particularly for programmes that emphasise development of ‘human capital’ rather than benefit conditionality. Indeed, a recent Australian study found that jobseekers who were not ‘activated’ were more effective in finding work swiftly and sustainably.

This should not surprise. The results of these practical evaluations support John Maynard Keynes’ General theory of Employment, Interest and Money. Against the backdrop of the economically tumultuous 1920s and 30s, Keynes attributed unemployment to macroeconomic failure to sustain demand, upending the belief of classical economists that ‘efficient’ labour markets led to full employment.

Before Keynes, orthodox economics ascribed unemployment to purported failures on the supply side, blaming innate idleness or welfare itself as a disincentive to work. Government interventions were thus considered counterproductive, delaying the wage reductions purportedly required to restore full employment. After the birth of the welfare state such laissez-faire approaches were no longer feasible, yet the notion that supply-side failures caused unemployment—and that ‘activated’ labour would create its own demand—persisted and was renewed in ALMPs.

It is easy to understand why a target rate of labour-market participation is at the core of EU social policy. Covid-19 has unravelled the era of low unemployment. Politicians and publics, haunted by the slow recovery from the global financial crisis, are eager for a swift, job-rich recovery.

Early evidence suggests though that the various furlough schemes have mirrored public-health restrictions, with people promptly returning to work as their easing allowed and no discernible ‘shirking’. It is entirely foreseeable that when public-health measures abate unemployment will drop, economies will recover … and politicians can point to their policies having worked.

ALMPs offer politicians something highly visible and politically saleable, so that they are seen to address unemployment. In the absence of any better idea, ALMPs are the ‘something’ which must be done. Indeed they originated in political marketing as much as social policy: Lawrence Mead, the father of ALMPs, was a speechwriter for the United States secretary of state Henry Kissinger as well as a policy analyst for the US welfare department in the mid-1970s.

Employment has always been particularly potent in political marketing and ALMPs especially so: in economic crises, blame those without work, to whom a stigma may then be attached. Mead was to write: ‘The worldview of Blacks make them uniquely prone to attitudes contrary to work, and thus vulnerable to poverty and dependence.’

Summits, such as at Porto, invite announcements to solve big global challenges—the context is a valuable affordance. Politicians and policy-makers believe in ALMPs, undergirded by the idea that work is vital to wellbeing—so much so that governments must address unemployment by manipulating individuals, even in authoritarian ways. Yet without any compelling evidence that ALMPs work, to press on with them is an act of faith.

This puts such policies in the realm of theology rather than empirical science. But then religion has always addressed the importance of work.

Despite being famously a charitable religion, Christianity also insists: ‘If anyone will not work, neither shall he eat.’ Beyond the famous ‘work ethic’ thesis of Max Weber linking one branch of the faith and capitalism, European religion—from Catholic confession to Protestant salvation—is concerned with reforming people through penitence and atonement. Whatever else they might aspire to do, ALMPs definitely make the unemployed work on themselves in this confessional way.

This shared cultural heritage—ancient beliefs saturated with deep faith in the importance of people working for the salvation of their souls—remains, after the Keynesian interlude, the kernel of contemporary European policy. What no one should presume is that it is scientific, evidence-based policy-making. 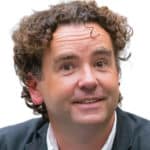 Ray Griffin is a lecturer in strategic management at Waterford Institute of Technology. He is principal investigator of the HECAT 2020 Disruptive Technologies Supporting Labour Market Decision Making Project. 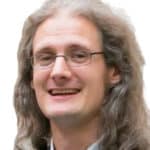 Tom Boland is a senior lecturer in sociology at University College Cork and author of The Spectacle of Critique (Routledge, 2019).