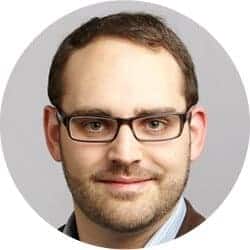 A job is the best way out of poverty. This is a widely held belief among European policy-makers. Therefore, labour market reforms in European countries during recent decades focused on creating jobs. Yet, job growth was not supposed to be achieved by demand-stimulating economic policies but by supply-sided labour market reforms. ‘Activation policy’, at European level often labelled as a ‘social investment’ approach, became the guiding principle of European labour market policy and many national reform paths.

In order to ‘activate’ unemployed individuals, the pressure on the jobless to take up employment was increased. For that purpose, the receipt of social benefits was made more conditional upon the behaviour of the unemployed. For instance, rejecting job-offers below the qualifications and former pay level of an unemployed person was rendered more difficult and sanctioned by penalties. Furthermore, in the perspective of the activation paradigm, social benefits were seen as negative incentives for labour market participation. Thus, the generosity and duration of social benefits have been reduced while eligibility criteria have been tightened. This ‘re-commodification’ of labour increased the economic pressure on unemployed individuals even further. On the other hand, active labour market policy measures such as vocational training and soft skill development were promoted which aimed at improving the ‘employability’ of the unemployed. In the scientific literature, this development was characterized as ‘activation turn’.

In-work poverty is a widespread problem throughout the EU (see figure 1). Obviously, the labour market performance with regard to in-work poverty of EU countries varies greatly. Whereas the in-work poverty rate in Finland is only 3.5 percent, in Romania 18.8 percent of the employed are working poor. 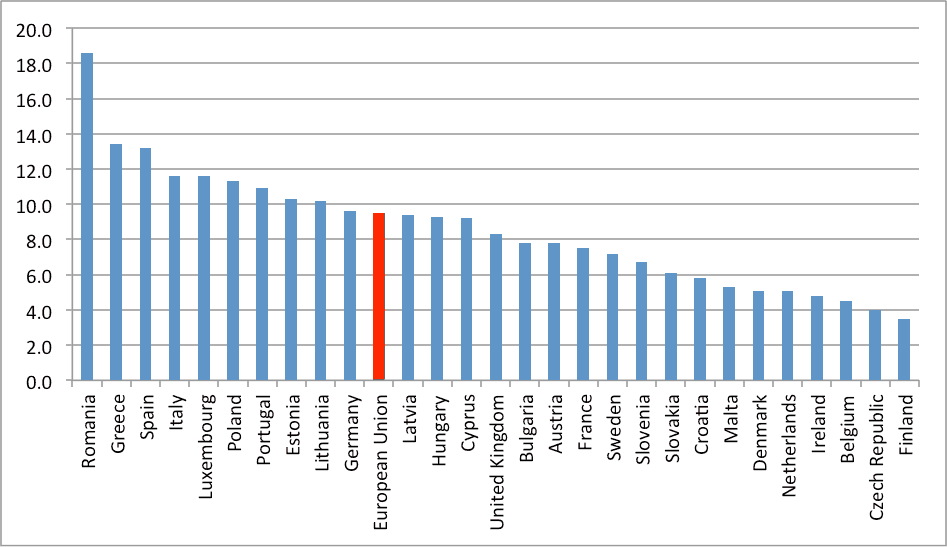 The central question is how the problem of in-work poverty can be tackled effectively. At first sight, it is plausible to assume that employment growth reduces poverty. However, the increase in in-work poverty before the crisis in countries where at the same time employment was growing (see figure 2) shows that things are more complicated.

If it were true that employment is the best route out of poverty, including in-work poverty, then, logically, the share of working poor should at least not increase if there is significant employment growth. The combination of employment growth and increasing in-work poverty suggests that activation policies might shift poor jobless persons/households to poor working persons/households. Therefore, it is necessary to analyse the effects of different labour market policies on in-work poverty. In particular, what impact do the different elements of activation policy – conditionality, re-commodification and active labour market policies – have?

In theory, two effects are possible. First, active labour market policies can improve the qualification of job-seekers and enable them to get better paid jobs. This can lift formerly poor households above the poverty threshold (disposable household income below 60 percent of national median income). Second, the demanding elements of activation – strict conditionality and a high degree of re-commodification – can force unemployed individuals to accept job-offers even if the pay-levels are low. In this case, the income of the successfully activated might be too low to lift the household above the poverty threshold – poor unemployed would become working-poor.

In a forthcoming study (‘Activation and In-Work Poverty’. In: Lohmann, Henning/Marx, Ive (eds.): Edward Elgar Handbook of Research on In-Work Poverty. Cheltenham: Edward Elgar, 2018), my colleague Dorothee Spannagel and I analyse the impact of the different elements of activation policy on in-work poverty on the basis of EU-SILC and OECD data across 18 EU member states. The results show that high expenditures for active labour market policies reduce the in-work poverty risk. Strict conditionality and a high degree of re-commodification, on the other hand, increase the risk of in-work poverty. According to these findings, the combination of well financed active labour market policies and generous social benefits is the most promising strategy to fight in-work poverty. This combination is typically associated with the ‘enabling welfare state models’ of Scandinavian countries.

These findings have consequences not only for national but also for European labour market policy, especially for the EU’s anti-crisis strategy. In-work poverty cannot be reduced by cutting wages and social benefits as happened in the cases of the ‘Troika’ countries. On the contrary, those measures increase the risk of becoming working poor.

As for new European economic governance, the dominant activation paradigm of the European labour market policy needs critical reassessment. Combating in-work poverty is not only a matter of labour market policy but also of classic social policy. Making people work, no matter how, does not automatically reduce in-work poverty. The focus should be on creating good jobs that enable people to make a decent living. The ‘demanding’ elements of activation – strict conditionality and a high degree of re-commodification – have an adverse effect. Therefore, activation policy that follows a ‘workfare’ approach will aggravate the problems, not reduce them. Finally, the critical stance of the advocates of activation policy/social investment towards social benefits as negative incentives for labour market participation is problematic. Social transfers remain an indispensable instrument to reduce poverty, including in-work poverty.