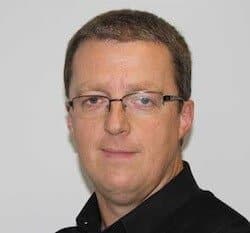 It is little surprise that Europe continues to struggle to generate the economic and employment growth that would make the debt crisis more manageable. The EU policy approach to escaping the Great Recession has drawn almost exclusively on the most contractionary elements of each of the models of capitalism within the region. Mario Draghi’s talk of previously dismissed ‘quantitative easing’ measures could only be seen as a dramatic policy departure in a world of exceptionally narrow policy parameters – the world of the eurozone during the Great Recession.

Despite the appearance of foostering among policy-makers, the most striking features of European policy during the Great Recession have been its narrowness and consistency. Alongside measures to support the financial sector, the resolute policy focus has been on managing the debt crisis through fiscal consolidation. Despite ongoing debates about the self-defeating nature of ‘austerity’ at the European level, EU elites have resisted what they see as the siren call of Keynesianism.

On the face of it, Europe should be the home of such Keynesian interventions as these should be politically and economically easier in countries with higher levels of social spending. Ironically, however, it is the countries of continental Europe, with their larger public sectors and ‘social economies’, who have been cheerleaders for austerity policies while the ‘liberal’, less free spending states of the UK and US have been more willing to engage in sustained quantitative easing.

Why isn’t Europe more Keynesian? This is in part because each political economy relies on a different social and political logic of risk. In ‘social market’ countries, risk is internalised within the society itself through high levels of taxation and spending, linked to an underlying fiscal conservatism. The fiscal strength of the state insulates society relatively effectively from the vagaries of capitalist business cycle and crises. However, in ‘liberal’ political economies risk is externalised as the society tends to follow the ups and downs of the business cycle, of boom and bust, relying on external adjustments to escape from crisis. These countries therefore make greater use of measures such as currency devaluation and quantitative easing.

In each world of capitalism, a contractionary response is combined with a counter balancing expansionary response. The liberal approach relies primarily on private investment to drive recovery. Since this is typically slow in arriving in crisis periods, these systems compensate with flexibility in expansionary monetary, currency and sometimes fiscal policy. Social market capitalisms are typically more fiscally conservative, being much more likely to maintain a government surplus in recent decades. However, they are willing to use state investment to drive growth and recovery – partly through the automatic stabilisers of social spending and partly through supports for productive investment (for example, the activities of the German state investment bank, KfW).

The eurozone-level response has emphasised the contractionary dimensions of both national models without taking on the counter balancing expansionary measures. This transnational response has emphasised fiscal consolidation and restoring confidence in public finances in order to drive future private investment. However, this investment that has been predictably weak, particularly where it is needed most. There was been some discussion of Keynesian measures in the core, including loosening of fiscal policy and increase in wages to boost demand (and ideally, though not necessarily, imports from peripheral economies). Less prominent in public debate were suggestions for the expansion of transnational state-led investment. In fact, the trend has been in the opposite direction with cuts in the EU budget for 2014-2020, particularly in growth-promoting investments such as R&D supports and structural funds for regional development.

Therefore, the European-level policy response has generated a mix of the worst of both worlds of capitalism. This approach has demanded that the periphery become more responsible Europeans but has made the conditions impossible for it to do so – weakening social and productive investment, shrinking the state and promoting ‘structural reforms’ that undermine the possibility of European style social contracts. In the medium term this undermines the possibility of sustainable fiscal discipline as these social contracts have historically provided the political and economic foundations for fiscal conservatism in Northern Europe.

Europe has historically worked best when it has used its diversity as a source of rich policy repertoires – but this has been drastically and disastrously narrowed in this crisis. A creative European response to the crisis would make the most of its varying policy regimes to come up with combinations of policy measures to revitalise growth and employment. A Europe true to its historical Golden Age would at a minimum devise significant programmes of productive and social investment. Different policy instruments could be combined, as in Yanis Varoufakis’ suggestion that the ECB’s quantitative easing program should be aimed at purchasing bonds issued by the European Investment Bank/Fund as part of an Investment-led Recovery Program for the Eurozone as a whole. Sadly, the current European response follows the blueprint of the eviscerated European model of the 2000s that combines fiscal consolidation with freedom for finance and degraded wages and conditions for workers. Quantitative easing will be a step in the right direction but only if it is organised to channel the additional liquidity into new rounds of investment in European societies – and only if it is the first step towards a more creative approach to policy making.

Seán Ó Riain is author of The Rise and Fall of Ireland’s Celtic Tiger and Professor of Sociology and Co-Director of the Masters in Work, Labour Markets and Employment at the National University of Ireland Maynooth.