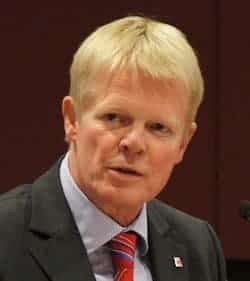 Joseph Stiglitz, who won the Nobel Prize in 2001 for his work on how markets work inefficiently was once asked about his opinion on austerity measures. “It reminds me of medieval medicine,” he said. “It is like blood-letting, where you took blood out of a patient because the theory was that there were bad tumours. And very often, when you took the blood out, the patient got sicker. The response then was more blood-letting until the patient very nearly died.” He drew the conclusion: “What is happening in Europe is a mutual suicide pact!”

Jospeh Stiglitz is right. The manner in which the crisis is dealt with is likely to be of far-reaching significance to Europe and to the rest of the world. Therefore, it’s about the correct decision on the future direction: On the one hand a Europe based on the logic of commerce and competition or on the other hand a Social Europe that tackles the crisis in solidarity and does not leave the young out in the rain when the going gets tough!

I believe that even the Germans do not live on an isolated island of the blessed. We cannot remain indifferent to how the people in those countries who are affected the most by the crisis are suffering. In the long term, things will only go well for us if they are going well for our neighbours too.

Undoubtedly, we do not need an over-regulated EU which wants to ban the serving of olive oil in dipping bowls or wants to regulate the physical appearance of fruit and vegetables. What we need are better regulated financial markets and we need banks which serve the real economy and are useful for industry. We do not need banks rewarding managers with substantial cash-bonuses for short-term gains, filling up balloons with air and then letting it out again – and getting the European taxpayer to pick up the bill.

Ten Eurozone countries have committed to introducing the proposed European Union financial transaction tax (FTT) by 2016. The FTT and the step towards the creation of a European banking union are major developments for dealing with the current problems. However, it’s not enough! We need further EU action on combating tax avoidance and tax evasion. A competitive approach to cutting company taxes we cannot and will no longer afford in Europe.

What worries me is that little discussion appears to focus explicitly on the costs of economic crises in terms of human lives. The crisis management strategy adopted by politicians, comprising austerity mandates and cuts in wages, pensions and welfare payments, has not only led to a downward spiral in economic terms, but is also having a devastating impact on citizens. Social risks are increasing and individuals and families are under constant worry. Unemployment – particularly among the young – is sky-high, living standards are falling and signs of the crisis range from soup kitchens in Athens to Portugal’s crowds protesting in the streets against austerity.

If unemployment was a country it would be, with 19,2 million inhabitants, the fifth biggest in the EU. In the US, Greece, Italy, Spain, the UK and elsewhere in Europe there were more than 10,000 additional suicides from 2007-2010, a figure that is over and above historical trends, with the largest rises concentrated in the worst performing economies. Greece is in the middle of a public health disaster: HIV, TB, and malaria epidemics will now cost more to control than they would have been to prevent. An increase in infant and child mortality was observed in Portugal. In Italy, the education system is falling down. In about half of Italian school buildings, including universities, pieces of plaster are falling off the ceiling, water penetrates walls and floors are giving way. And the youth unemployment rate in Spain has increased to over 50 percent. 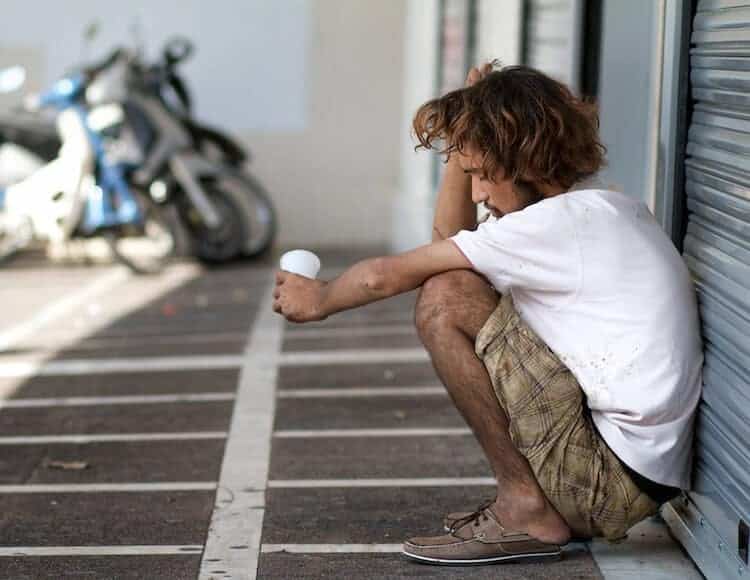 “If unemployment were a country, it would be the fifth largest in the EU”, says DGB Chairman Reiner Hoffmann (photo: CC Mehran Khalili on Flickr)

Austerity has undermined citizens’ confidence in the EU and created high levels of insecurity. Across the 28 EU-nations, the 2014 European Parliament election results paint a picture of dissatisfaction, frustration, fear and apathy. The voter turnout remained low at 43%, the bottom of a long downward trend. The strong electoral performance of the Eurosceptic and far right parties – in particular in France and the UK, where the far-right disgraced both the centre-right and socialists – resulted in these parties obtaining more than 20% of the seats in the new European Parliament.

The European election results clearly reveal that Europe is ill (to steal the title of an essay by Perry Anderson in the London Review of Books). The symptoms of this illness are apparent – but what can we do to bring Europe out of intensive care? To relief Europe from the consequences of the neoliberal arbitrariness and lack of commitment?

Special weight must be given to German politics. The coordinates in the new grand coalition have shifted from centre-right to centre-left. This is an important change of direction. The grand coalition is marginally more pro-European and less keen on forcing austerity onto the Eurozone.

There is a big difference between therapeutic fasting and strangulation of the patient. The one contributes to recovery the other leads in the best case to a coma. Andreas Fischer-Lescano, Professor at the Centre of European Law and Politics (ZERP) at Bremen University presented a legal opinion on the EU’s austerity policy. According to him, the EU’s austerity policy is unlawful. The European Commission and the European Central Bank are, due to their involvement in the troika, breaching the primary law of the EU, since the Treaty of Lisbon also includes the Charter of Fundamental Rights. EU countries which approve of the memoranda of understanding in the governing council of the European Stability Mechanism (ESM) are bound to fundamental and human rights, argues Fischer-Lescano, who says the crisis does not render EU law inoperative.

On a national level, this approach was objected to by constitutional courts, Fischer-Lescano says, citing Portugal as an example. It is therefore important in the future to stop decisions affecting everyone being taken in back-rooms with no transparency or democratic accountability. The European Parliament has to take action. Decisions must be taken in the interest of all and the troika should be restructured, with a central role to be played by democratically elected institutions. Social dialogue is essential to secure fairness.

A Plan for social and ecological change (Marshall Plan) would give hope to people – especially the young – who are losing their jobs and are being thrown into poverty. We cannot allow that a whole generation is being robbed of its future. Rescue packages for banks have been set up by governments all over the globe. That was probably unavoidable in order to escape even worse circumstances. But at the same time youth unemployment threatens to undermine the very fabric of our society. We do not want and we do not need starry eyed Idealism. The aim is not only to offer economic stimulus in times when regular fiscal policy in Europe is constrained by debt brakes and fiscal treaties, but to also to make the European economy more resilient and viable for the future. This is what the DGB’s Marshall Plan is all about:

Europe’s ability to compete in the future hinges on investments in the present. Europe has all the resources it needs for this: people, knowledge, innovative power, capital, modern infrastructures, intact public and private-sector institutions, highly developed industrial and service centres, social security systems, a common market and a common currency. All of these things unite Europe. We have to work together to bundle these strengths and use them to transform our societies.