The European welfare state does not have to be rebuilt from scratch. But it does have to focus on renewal rather than repair and on social solidarity rather than individual subjection. 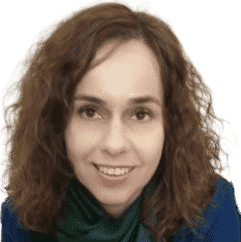 Different academic and political analysts present contradictory perspectives as to the conditions required for the consolidation of the welfare state in 21st-century Europe—when the social pacts that forged the welfare state in the wake of the industrial revolution can no longer be taken for granted.

Welfare states themselves contain contradictions. In the same regimes coexist solidarity versus responsibility, collectivism versus individualisation and redistribution versus control. Are they about income distribution and protection or rigid procedures for the management of social risks? Is their goal the defence of individuals against situations of poverty and vulnerability or the imposition of social inclusion in a manner that does not respect the uniqueness of individuals and their capabilities?

This ambivalence is suggestive of a crisis in the European welfare state. But if this is so it is normative rather than structural: whether states privilege the ‘social’ or the ‘economic’ in welfare measures is a matter of political decision.

And this uncertainty could be considered as a developmental challenge. The welfare state has moreover developed a body of practices to maintain its internal coherence in the face of the successive changes, economic crises and social mobilities which have occupied the European Union in the last two decades.

On September 13th 2017, the president of the European Commission, Jean-Claude Juncker, proposed ‘a positive agenda’ to help create ‘a Europe that protects, a Europe that empowers, a Europe that defends’. But while two months later the European Pillar of Social Rights set out 20 ‘principles and rights’, Juncker failed to translate this optimistic ethos of a social Europe into concrete measures which could redress the lack of political confidence felt by many citizens.

Here a notion derived from social-work practice may help offer clarity. ‘Strength theory’ argues that functional and efficient change within a context of vulnerability depends on learning from the past in a manner which focuses on successes and good practices rather than fragilities and failures. An emphasis on deficits, by contrast—on what welfare is lacking—leads perversely to a focus only on repair rather than renewal.

For example, excessive use of formal risk-management practices in welfare regimes tends to promote social opacity, bureaucracy and ineffectual responses. Meantime, social risks which should be shared even if they don’t concern us or don’t represent an urgent threat—such as migration or disability—remain unsocialised.

The advent of individualisation has, indeed, placed the responsibility upon each citizen to manage his or her own risks when he or she proves to be a ‘deserving’ recipient of welfare benefits. This against a wider background of privatisation and contracting, which have reduced the risk assumed by public authorities.

Yet recent studies and policy analyses show that European citizens are in favour of institutionalised solidarity. The formalisation of solidarity is only possible if institutions that represent the values of social justice, dignity and social protection—such as social-security systems—continue to be the main pillars of Social Europe. In May 2018, Eurobarometer revealed that the dimensions of the union on which citizens wanted a stronger commitment were those aiming to combat social vulnerability: health and social security, migration, the promotion of democracy and peace in the world and the fight against unemployment.

The European welfare state must use the will of its citizens for institutionalised solidarity and a sound social-protection system as respectively the main resources and competences for consolidating the European social project.

Arguably, the coexistence of conservative and liberal social policies, in such notions as ‘workfare’, ‘social investment’ and flexicurity’ and in ‘traditional’ welfare interventions, is a sign of welfare strength and resilience. By the same token, however, identifying the path ahead will not be straightforward. ‘Welfare’ is not an ahistorical concept: it is socially constructed and, as such, it reflects the different demands of the polices and periods in which it has been defined.

The path to be followed could be said to have begun to be plotted with such EU research programmes as Horizon 2020. Two important criteria for assessing Horizon projects were their ability to have social impact and to generate policy recommendations.

And thousands of projects were carried out. Innovative and sustainable proposals were evaluated and validated. Yet have they been systematised by the competent European bodies? The in-principle ‘bottom-up’ approach of the EU doesn’t seem to apply to the work of social researchers. Knowledge capital has been wasted, while proposals have remained on the shelf.

The 21st-century European welfare state should be built on past strengths—consolidating lessons and skills from the past, acquired at the local and regional level and embracing them in the European social-policy agenda. New institutions may in that way be introduced alongside older ones, so that practices of renewal can define the welfare state of a Social Europe.

The ideal of a Europe welfare state does not disdain national challenges and demands. There isn’t a unique welfare state: the European policy agenda must consider and respect the inner diversity of national regimes. But Europe must learn from past errors—otherwise the voices of resilience and indignity may turn into voices of protest, promoting mere conflict and disruption.

Clara Cruz Santos is professor of social work in Coimbra University. She is widely published, including as author or co-author of six books relating to social inequalities and other social issues.