In its centenary year, the International Labour Organization received a poisoned chalice from the United Nations—an institutional reform which could represent a threat to ILO labour standards. 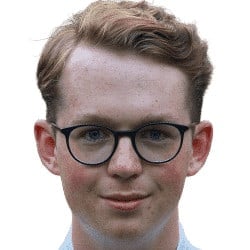 Over the past decades, the United Nations has constantly been criticised for being too expensive, fragmented and inefficient. In times of budgetary austerity in many of the member states, critics say, UN organisations need to reinvent themselves to fulfill their missions. Therefore, it is no surprise that efforts have been made since the 1990s to increase the efficiency of the UN system while saving money at the same time.

The most recent reform of the UN development system—of which the International Labour Organization is part—aims at achieving the Sustainable Development Goals (SDGs) by the year 2030. This represents a major challenge, given that the current funding gap is estimated at $1.5 trillion, while official development assistance granted by national governments will cover only 6.4 per cent of this, as last year’s report on effective development co-operation from the International Labour Conference found.

To tackle the lack of funding, the UN currently explores ‘innovative financing mechanisms’. According to common definitions, the purpose of this strategy is twofold: first, additional resources not yet available for a certain cause (such as achieving the SDGs) will augment existing funds; secondly, the resources at hand will be utilised more efficiently, especially through better risk management and by linking the success of supported initiatives to financial returns for the investors.

In practice, this translates into a commodification of development co-operation, given that potential investors are above all market players in the private sector. They do not primarily consider the sustainability or social dimension of initiatives in which they invest but rather their financial and reputational outcomes.

The UN has already launched various joint initiatives involving multinational corporations—Mastercard and McDonald’s—based on public-private-partnerships, and is determined to expand this funding approach to all actors implicated in Agenda 2030, including the ILO. So far, the ILO has little experience in ‘innovative financing’ and comprehensive information on its impact is difficult to obtain, because most programmes are at an early stage. Nevertheless, investors seem highly interested in the fields in which it is most competent: according to the Global Impact Investing Network, 82 per cent of investors tracking their impact on the SDGs have been following SDG 8, Decent Work and Sustainable Economic Growth.

The ILO is the only forum for making the voice of working people heard internationally. No other global body has employers’ organisations and trade unions seated at the table—not just as experts but as decision-makers—with national governments. This provides a great opportunity but also implies a major responsibility. The ILO core labour standards have become part of the canon of international human rights. Since 1998, they are also legally binding for all of the 187 member states—freedom of association and the right to collective bargaining among them.

While private funding of UN activities could hypothetically fill the funding gap and promote decent work among investors, it could turn into a threat to ILO social and labour standards. Private financiers follow economic interests, which have an influence on the choice and scope of financed projects—and thus on the role trade unions play in the UN system. The ILO has no normative value to such companies, as a UN agency, but becomes merely a means to an end.

It will also be part of UN funding reform to acquire less ‘earmarked’ funding, so as to be more flexible and efficient when spending the funds raised. This might in theory be a welcome improvement and stem from good intentions. Nevertheless, such fundraising carries important risks for the work of the ILO. If different UN agencies are to work together on ‘inter-agency funds’, the organisation has to make sure its own long-term projects do not lose out in competition with rather short-term, and therefore more visible, projects of other agencies.

Projects such as the training of workers’ representatives or dialogue fora promoting social partnership take years to show initial results and positive outcomes. Drilling wells, renovating schools and creating exploitable farmland can, by comparison, be managed quite quickly. If the UN development strategy is to be sustainable, however, it needs to support the social fabric as well as physical infrastructure. This can only be done when funding is free of private economic interests and trade-union projects are not placed at a disadvantage.

The ILO should also be prudent when it comes to the extent to which national governments have their say in the ranking of priorities for UN development activities in their countries. Again, in principle, this could help bring UN projects closer to what developing countries actually need. But in practice trade unions are likely to see their access and influence considerably reduced, eventually creating for anti-union governments the opportunity to keep the ILO out of their countries.

The ILO must stay strong in the face of these institutional reforms. Whenever international funds are raised or spent, its labour standards, including the right to collective bargaining, must be respected. If the trend of the reform plans fits the UN mantra ‘Delivering as One’—meaning that different agencies should converge on common goals—the ILO has to shape these in line with its own purpose.

Why, for example, should UN funds—no matter which agency they were raised by—go into countries which exclude social partners from political decisions? More and more right-wing governments are coming into power all over the world: in the US, Italy and most recently Brazil, three ILO members and important financiers have come under the influence of a right-wing, nationalist government over the past two years. Not only the ILO but the entire multilateral world order, now in jeopardy, has ‘skin in this game’.

The historic achievements of the ILO as a political organisation and standard-setter still comprise a highly valuable asset. But if it wants to preserve its influence in the future, it has to defend its fundamental principles and its credibility. So yes to the ILO, but working in the right way!

Lukas Hochscheidt is a research assistant in the Department of European and International Trade Union Policy at the German Trade Union Confederation.