The European Union has been much more successful at ‘negative’, market-liberalising integration than ‘positive’ social measures. The concept of social rights can change that. 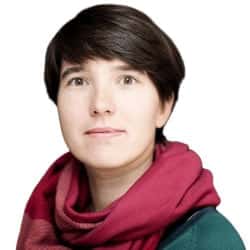 In these days, ‘Social Europe’ is a hotly debated issue. This is a product of the diverse crises Europe has seen over the last decade—the financial crisis, the so-called refugee crisis and the continuing Brexit drama, to name only the biggest—and the answers the EU has tried to provide. By these, political actors and European citizens alike have been challenged to cope with questions of solidarity and social (in)equality.

While some experts critically debate single instruments and attempts—most recently the European Pillar of Social Rights, the European Commission’s latest attempt to advance the social dimension of the EU—other observers, such as the political scientist Martin Höpner, question the overall semantics of Social Europe. Still others discuss specific policy measures, such as a European unemployment benefits scheme, and whether European citizens are ready to accept such tools.

The European Pillar of Social Rights (EPSR) is a mainly symbolic instrument adopted by the Juncker commission in 2017. Yet, its choice of words suggests a closeness to national social rights—to institutions which not only guarantee legal certainty and obligation at the societal level but also promise a certain predictability for the subjects and addressees of these rights and the social policies linked to them. It is no secret that there is none of this at the supranational level of the EU and the EPSR does not change that. Such an apparent sham only adds to the impression that Social Europe is a ‘myth’, as Höpner put it.

Yet a concept such as social rights might provide an external interpretative framework, and a tool for evaluation, assisting those who are not satisfied with the myth diagnosis. In classical political and welfare-state sociology, TH Marshall made us aware of the inherent benefits of social rights. In his famous speech, he outlined a threefold concept of citizenship, comprising civil, political and social components, each building on one another.

The ground-breaking thought in Marshall’s account is the crucial role of social rights, which form the ‘final stone in the arch which holds up the roof of citizenship’, as Ralf Dahrendorf put it years later. Civil rights, ensuring individual freedom, and political rights, guaranteeing participation in the political decision-making process, only have a chance to benefit the entire citizenry when they are topped up by social rights. In other words, it is not enough formally to acknowledge that all citizens have equal rights. Given individuals’ highly different backgrounds and abilities, one also has to make sure that they are able to exercise their rights—and this is where social rights come into play.

During the 20th century, national welfare states used to realise this social element of citizenship in legislation which informed specific social-policy measures: cash benefits, benefits in kind and social services. The lesson for today is that also within the EU the universality of political and civil rights requires the assistance of social rights. The concept provides a simple and highly useful metric to assess the state of the EU’s social dimension, flexible enough to bring together different ideas of social justice and different social-policy approaches: ‘predistribution’ versus redistribution, compensation versus prevention.

So how are transnational social rights doing in Europe? EU citizens (apart from members of the European Parliament) are not entitled to any social transfers or benefits in the manner of their member states’ social systems—basically because there are social systems at the national level. The social co-ordination regime of the EU, which came into being thanks to the common market and associated freedom of movement, however provides transnational social rights which allow benefits to be exported into another member state or entitlements acquired in different states to be combined.

For the latter group, from the outset of European integration the European Social Fund (ESF) has provideed the only redistributive instrument able to support single persons (such as lone parents or long-term unemployed who lack vocational qualifications). The ESF aims to buffer the structural social inequalities engendered by global and Europe-wide competition. It is designed as a funding programme for which local public and private actors can apply and it is run by these actors and networks. As a multi-level employment policy, it does not however establish any social rights and provides no legal guarantee of a job.

The same applies to the ‘open method of co-ordination’ in the realm of social policy. While another innovative model in term of its multi-level governance, from a social-rights perspective this ‘soft law’ approach lacks the quality of any decent social-policy instrument.

Last but not least, through regulation some basic social rights have been established, in areas such as occupational safety, working conditions and labour law. These have helped to establish uniform social standards within the common market.

In sum, so far, social rights at the European level are marked by a mainly co-ordinating and harmonising approach, which shows the difficulties of supranational policy-making in this domain. Yet, since the establishment of citizenship of the European Union for all citizens in 1992, the EU and several subsequent judgments by the European Court of Justice have underlined the universal character of this new status and the corresponding rights. And if one takes Marshall for granted, only social rights can guarantee this universality.

This leaves the EU with a straightforward task—to shape the future of its citizens. The continuing debates and research to that end show that there still is an interest in turning the myth into a vision.