The European Green Deal does not just aim at combating the climate crisis. It’s also an opportunity for social change.

Global temperatures are set to rise by a catastrophic 3C by the end of the century unless we take major action. The next ten years in particular are crucial. The Intergovernmental Panel on Climate Change, the United Nations body for assessing the science related to climate change, has pointed this out over and over again. Steps to restrict global warming to 1.5C must be taken within this timeframe. In short, we need huge efforts to achieve the seemingly impossible—to make our continent climate-neutral within a generation.

This is a global challenge that takes more than fine words. Instead, it must be tackled head-on by politicians from local councils to the international stage—and, of course, in the European Union. The EU is supposed to be climate-neutral by no later than 2050. That, at least, is the will of the European Parliament and the social-democratic faction.

The full details of this deal are not yet known. However, in his hearing at the European Parliament before taking office, Timmermans explained several key points and initiatives. These suggest that there will be new ambition in European environmental and climate policy, as called for by the social democrats in the parliament. European environmental and climate policy-makers certainly won’t be bored over the next five years.

At the core of the Green Deal is a European Climate Law that’s supposed to enshrine in European law the goal of making Europe climate-neutral by 2050. Timmermans aims to submit a legislative proposal for this in his first 100 days in office. This means that the EU is also raising its medium-term climate targets for 2030 from the current greenhouse-gas reduction level of 40 per cent. The social-democratic group is pushing for this figure to be raised to 55 per cent.

Although environmental associations and the majority in the European Parliament welcome these initiatives, their success is by no means guaranteed. Poland, Hungary and Slovakia are opposed to the goal of climate neutrality by 2050. Only eight EU member states have clearly committed themselves to the target of 55 per cent by 2030: France, Spain, the Netherlands, Portugal, Sweden, Denmark, Latvia and Luxembourg.

The progressive parties in the parliament and civil society have a lot of work to do to convert these ambitious announcements into actual policy. This is particularly the case for Germany, which will assume the presidency of the European Council in the second half of 2020 and therefore represent all national governments of the EU in negotiations with the parliament and the commission.

The European Emissions Trading System (ETS), which currently provides for a CO2 price per tonne for the energy and heat-supply sectors and heavy industry in an auction process, should be extended to road traffic. Air traffic should also feature more prominently than at present. A CO2 tariff at the external borders of the EU should ensure fair pricing of products’ carbon footprint that are imported from outside the EU and originate from countries where climate regulations are less strict. This could ensure that European industry can compete with the global market on fair terms.

Moreover, the Sustainable Europe Investment Plan should mobilise a trillion euros over the next decade. For this, the European Investment Bank shall be transformed into a European Climate Bank to channel 50 per cent of its investment into fighting the climate crisis. Furthermore, a European standard for green bonds should be devised. I expect both the ‘Green’ and the ‘Deal’ elements of the European Green Deal to be taken seriously here: the EU budget must be rigorously geared towards protecting the climate and the environment. Public money must be used solely for public goods—such as protecting the climate and the environment.

Frans Timmermans sees climate policy from more than just an environmental perspective. He’s also aware of the social dimension, which has always been a particular concern of European social democrats. A new Just Transition Fund is supposed to help coal-mining regions with phasing out the  extraction of the fossil fuel and its conversion into electricity.

A training initiative should give workers the skills for new, clean production processes and equip them for new branches of industry in the climate-friendly economy. New programmes for making homes and public institutions more energy-efficient could create local jobs and reduce private energy costs. This can be a way of tackling the huge problem of energy poverty in Europe: one in 10 of all Europeans—some 50 million people—cannot afford to keep their home warm enough in winter.

Furthermore, the European Green Deal is not just aimed at combating the climate crisis. It also sets out measures to protect biodiversity, reduce air, water and soil pollution, protect and restore forests, reform European agricultural policy from an environmental perspective and advance the circular economy.

The deal therefore provides the opportunity to create momentum for ambitious environmental and social change. This would also be in line with the UN Sustainable Development Goals, to which the EU and the whole international community have signed up. They define sustainable development as a combination of economic development, social progress and environmental protection. Sustainability can only be achieved with a fair approach.

However, the European Union is not omnipotent. Its institutions establish the parameters and set the targets, while national governments are largely responsible for actual implementation. They must introduce additional measures in tandem with European climate policy to cushion the social consequences—as social policy is still mainly the preserve of the member states.

Strong welfare states with robust social systems are essential in the fight against the climate crisis. They enable equal opportunities, access to the labour market, fair working conditions, social security and inclusion in times of rapid change in the (employment) world. This is the key to shaping a socially just transition to a climate-neutral future. In this way, the social aspect triggers a more ambitious approach to the environment—rather than delay and hesitation on climate policy, as centre-right parties often pursue.

National governments must also become more active in financing and investment, and in reducing subsidies for fossil fuels. No great miracles can be expected here from the EU budget, which accounts for just 2 per cent of total public spending in Europe. In view of this, the German federal government’s recently adopted climate package can be seen as merely a start. More needs to be done.

It’s too late for big speeches. ‘Business as usual’ is not an option. It’s time for decisive action. We will work on this in the European Parliament, spurred on by the clear signal from citizens in the European elections and the weekly climate strikes.

This piece first appeared on International Politics and Society 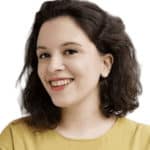 Delara Burkhardt is a Socialists and Democrats member of the European Parliament and a member of its Committee on the Environment, Public Health and Food Safety.