Funding an ecological transition in Europe via ‘green money’ bonds would be economically justifiable. 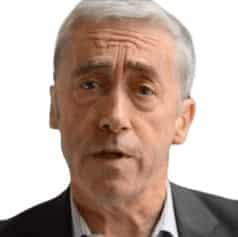 To what extent can the money created by the central bank be used to finance investments in the environment? This is a question often asked today. The green activists respond with enthusiasm that the central bank—and, in particular, the European Central Bank (ECB)—should stimulate the financing of environmental investments through the printing of money.

The ECB has created €2,600 billion of new money since 2015 in the context of its quantitative easing (QE) programme. All that money has gone to financial institutions which have done very little with it. Why can’t the ECB inject the money into environmental investments instead of pouring it into the financial sector?

Most traditional economists react with horror. The ECB should not interfere with the environment, they say. The government should do that. If the ECB jumps on the environmental bandwagon, it will be obliged to print too much money. This will fuel inflation in the long run, with terrible consequences. Ultimately, the environment will not be served.

Who is right? It is good to recall the basics of money creation by the ECB (or any modern central bank). Money is created when that institution buys financial assets in the market. The suppliers of these assets are financial institutions. These then obtain a deposit in euro at the ECB, in exchange for relinquishing these financial assets. That is the moment when money is created. This money (deposits) can then be used as their reserve base by the financial institutions to extend loans to companies and households.

There is no limit to the amount of financial assets the ECB can buy. In principle, it could purchase all existing financial assets (all bonds and shares, for example), but that would increase the money supply in such a way that inflation would increase dramatically. In other words, the value of the money issued by the ECB would fall sharply. To avoid this, the bank has set a limit: it promises not to let inflation rise above 2 per cent. That imposes a constraint on the amount of money which the ECB can create. So far, it has been successful in remaining within the 2 per cent inflation target.

There is also no restriction on what types of assets the ECB can buy. Since 2015, when it started its QE programme, it has mainly bought government bonds, but also corporate bonds from financial institutions. The ECB could, however, also purchase bonds issued to finance environmental investments. The only restriction on these purchases (again) is that they do not endanger meeting the inflation target.

What are the options for the bank? The €2,600 billion of government and corporate bonds it has bought since 2015 have not fuelled inflation, which has remained below 2 per cent in the eurozone. The ECB has now stopped making new purchases. It has announced, though, that when these government and corporate bonds come to maturity new bonds will be bought in the market, so as to keep the money stock (money base) unchanged. This creates a window of opportunity for the ECB. It could replace the old bonds with new ‘environmental bonds’, issued to finance environmental projects.

In doing so, the ECB would not create new money. It would only reorient money flows towards environmental projects. As the total amount of money would remain the same there would be no risk of additional inflation.

A possible objection is that if the ECB buys these ‘environmental bonds’ it will be involved in the decision-making process about which environmental investments should have a priority. How much public and how much private investment must be made? Should it be in renewable energy or nuclear energy? Should the priority rather be public transport? These are all questions which have to be settled by political authorities, not by the central bank.

This is the moment when the ECB could step in, buying the EIB bonds at a pace dictated by the expiry of the old bonds on its balance sheet. This way the ECB would create ‘green money’ without fuelling inflation. And as the ECB bought EIB bonds, it would create the possibility for the EIB to increase its borrowing in the capital markets without endangering its AAA status.

The bottom line is that it is perfectly possible for the ECB to use the instrument of money creation to favour environmental investments without endangering price stability. Of course, one could also argue that the ECB could use its monetary instrument to favour other worthwhile projects, such as poverty reduction. If a majority of the population were to desire this it should be done. But it would create the risk that the ECB was loaded with too many social responsibilities which it could not handle properly.

Given the existential threat of the degradation of the environment, including climate change, the priority should be to use the ECB’s money-creation capacity towards the support of environmental projects. This can be done without creating inflation.