Environmentalists and anti-poverty campaigners haven’t always seen themselves on the same side of Europe’s energy transition. Dramatic reduction in the cost of renewables is making a new alignment feasible. 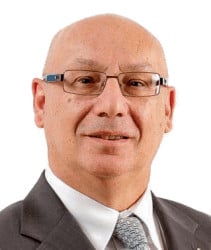 Urgency and ambition have come to dominate the energy and climate debate. In October 2018, the UN Intergovernmental Panel on Climate Change published its challenging report on the impact of a 1.5C temperature rise on pre-industrial levels. And, ahead of the COP24 global climate negotiations which concluded in Poland in December, the European Commission published a new long-term strategy, setting the ambition that the EU become carbon-neutral by 2050.

The fundamental transformation of Europe’s economies towards carbon neutrality does not however present only a vast technological challenge. The popular demonstrations by the gilets jaunes in France against increasing fuel taxes testified to a feeling of fiscal unfairness surrounding the energy transition. Local resistance against offshore wind is another indication of the political difficulty of turning Europe’s economies upside-down within an extremely tight timeframe. Critically, as with any major transformation, benefits and risks are unevenly distributed regionally and socially across Europe. By focusing on market integration, climate change and energy security, the political system struggles to pay sufficient attention to the social dimension of the energy transition. 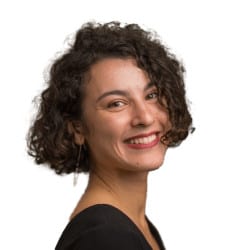 A case in point is energy poverty, where individuals are not able to afford services they need—heat, light, air-conditioning and so on—in their homes. It is estimated that about 10 per cent of the EU population might be affected. Progress within EU policy-making has been slow. Even though energy poverty became a legally recognised concept in 2009 with the Third Energy Package, the legislation did not translate into substantive, binding obligations on member states or concrete actions addressing the challenge. Only a handful of member states have introduced even legal definitions of energy poverty into their legislation.

Where governments lag behind, civil society emerges as a main advocate, raising awareness at European level. The European Economic and Social Committee (EESC), representing organised civil society, issued an opinion in 2001 on climate change and emissions trading, highlighting the risk of fuel poverty. And, in an own-initiative opinion of 2013, it made a number of recommendations, from a comprehensive EU Energy Solidarity Fund to an EU Energy Poverty Observatory. In 2016, the commission released a Clean Energy Package, which includes many positive ideas on energy poverty, including the establishment of the observatory and specific energy-efficiency measures. But many issues remain unresolved—for instance, what role social as opposed to energy policies should play in alleviating energy poverty. 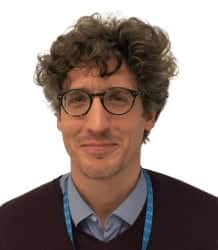 Historically, some commentators have expressed concerns about the costs of the transition to low-carbon energy systems, affecting—via electricity and gas bills—vulnerable consumers. As the costs of renewables have sharply declined over the past decade and are now seen as competitive with fossil fuel, the perspective should however be reversed and the energy transition seen as an opportunity to alleviate poverty. Indeed, it can be argued that economically weak and rural regions and vulnerable households can reap significant benefits from the transformation of Europe’s energy systems.

Decentralised systems with renewables bring hope for poverty alleviation through cheaper, self-produced energy, offering revenue through own generation. In such a vision, citizens, local civil-society organisations and local utilities become central actors in Europe’s energy future. Local and regional governments can play a crucial role in ensuring that this involvement is inclusive: with public financing, simplified administrative procedures, awareness campaigns and training, they can enable energy communities and energy-poor households to participate in energy markets. It is important to make an economic case for locally-owned, smaller-scale renewables installations which generate social benefits for local people—especially given that the commission expects, for instance, that the share of larger-scale, offshore wind in the renewables mix increases in future.

Nuclear energy is foreseen as providing low-carbon energy in the EU 2050 strategy. But even here, where debates normally pit environmentalists concerned about safety against operators, the distinctive regional economic and social dimension is key. As with any other large industrial installation, nuclear power plants have a limited lifespan. With about 130 reactors in operation in Europe, Europe faces future challenges of decommissioning. Nuclear power stations, often located away from densely populated regions, dominate regional economies and shape local labour markets. Once the decommissioning process is launched, regional economies are likely to be adversely affected.

Lithuania’s Ignalina Nuclear Power Plant (NPP) is a case-study of the social consequences of closing power plants. The Ignalina NPP brought local economic activity to a remote region near the Belarusian border. The nearby town of Visaginas has a population of more than 30,000 citizens, 80 per cent of whom depend economically on Ignalina’s activities. Even if new jobs were generated by decommissioning, they would be too few to replace those lost. It is thus of key importance that decommissioning activities take into account the implications for the local economy.

The EU has recently launched several initiatives which show an increasing recognition of the social dimension of the Energy Union, from the coal regions in transition platform to the energy poverty observatory. Reflecting the scale and scope of the transition, however, the social challenges are ubiquitous and multi-faceted. Tackling them will be crucial as the energy transition becomes ever more ambitious and urgent.

Ignoring social concerns and failing to take into account grievances would exacerbate the feeling of being unheard by distant policy-makers which has fuelled the populist challenges to national and EU political systems. In contrast, an energy transition which offered help and opportunities to take ownership in energy supply and assisted those left behind could reconnect citizens with their communities and shape the transformation.

Pierre Jean Coulon is president of the European Economic and Social Committee's TEN section: Transport, Energy, Infrastructure and Information Society. He has had a long and distinguished career in the French trade union movement (CFTC), the United Nations' Commission for Sustainable Development and the international NGO Droit à l'Energie SOS Futur. Marie Delair is a former fellow at the Freie Universitat Berlin. She assists the EESC secretariat on transport and energy issues. Kristian Krieger is responsible for energy policy in the secretariat of the TEN Section. He holds a PhD in environmental governance from King's College London and has conducted research on the ethical dimension of the energy transition.