COP27 in Egypt was massively dominated by male leaders. Yet African women are key agents in battling climate change.

This year’s Conference of the Parties on climate change was dubbed the ‘African COP’, at last including prominent African civil-society voices in the global debate. My continent is considered the most climate-vulnerable in the world. Yet the United Nations conference in Sharm El Sheikh had a blind spot which will severely undermine any outcomes from COP27—the shocking absence of women at the heart of decision-making.

They say a picture is worth a thousand words. COP27’s inaugural family portrait captured the 104 leaders present. Eight were women.

It was the first COP to take place in Africa since Marrakech in 2016 (the year the Paris Agreement entered into force). Since then, various events have irreversibly shaken the fabrics of our societies. The Me Too and Black Lives Matter movements, the Covid-19 pandemic and the Ukraine war have all raised pressing questions about representation and equality in a time of global crises—questions world leaders can no longer overlook without facing political repercussions.

In the aftermath of these tumultuous events, many across Africa were thrilled to see the COP’s return to the continent: finally, our voices would be heard by those world leaders. Sadly, this was far from the truth. African women continued to be excluded from decision-making.

COP27 had one of the lowest representations of women at any recent UN climate summit: only around 34 per cent of the negotiation staff were female—while some teams were over 90 per cent male. Considering women disproportionately bear the burden of climate change, this should be a wake-up call.

Several governments rightly raised concerns about the absence of women’s voices negatively affecting the negotiation outcomes. While COP27 included a day dedicated to the gendered impacts of the climate crisis, this was a poor attempt to address the huge—and rapidly widening—gender gap in climate action.

Nine out of the ten most climate-vulnerable countries in the entire world are in sub-Saharan Africa. Across the African continent, women comprise half a billion of the impoverished rural population—and rarely have any access to solutions which can lift themselves and their communities out of poverty.

In spite of that, women play a colossal role in food production, agricultural innovation and biodiversity preservation in Africa. As keepers of traditional knowledge systems, African women are increasingly at the forefront of the climate battle.

Women’s role in building climate resilience is particularly crucial in sub-Saharan Africa. The region is suffering one of the worst food crises in modern history, with around 146 million people in need of urgent humanitarian aid—and women produce up to 80 per cent of foodstuffs.

Studies have repeatedly shown that female leadership qualities drive success: women are seen as more compassionate, innovative and honest. And the economic imperative for women’s inclusion is astronomical: according to the World Bank, gender inequality is costing $160 trillion in human-capital loss—twice global gross domestic product.

In Africa, women are already leading the climate fight on the ground. But their voices must be amplified by both international actors and African political and religious elites for this truly to succeed. Traditionally, women remain excluded from decision-making in many cultural contexts in Africa, with governments failing to acknowledge their role in strategies for response to climate disasters.

And this must start at the community level. COP27 finally recognised the role of faith-based initiatives in building climate resilience. But none of these initiatives seems to acknowledge the gendered dimension of the climate crisis.

Africa is also the most religious continent on earth. Mobilising faith actors and community leaders has an enormous untapped potential to usher change at all levels of society. The usual top-down approaches tend blindly to sideline the realities of life for very many Africans.

But just imagine how effective these initiatives could be were they to tackle the gender barriers upheld by outdated cultural and religious beliefs and misconceptions. One grassroots effort to address the urgent link between gender and faith in climate action is taking place today in the Gambia, in the form of a Faith and Climate Forum.

What makes this initiative unique is that it is backed by the world’s largest Islamic non-governmental organisation, the Muslim World League. Its secretary-general, Mohammad bin Abdulkarim Al-Issa, argues that faith leaders have a religious duty to empower women to play crucial civil-society roles if climate change is to be reversed.

It is imperative that other climate-change initiatives take note and endorse strategies which not only acknowledge women’s role in climate action but actively empower them by addressing the barriers that have hindered their participation. These critical cultural dimensions of climate action and the resulting policies must be increasingly recognised by civil-society actors and religious leaders alike.

An initiative recently launched by the Climate Heritage Network sees culture as an invaluable asset to strengthen communities’ transformative change. Across the African continent, as in many other parts of the world, rural and indigenous women are the holders of unique knowledge on the natural resources their communities possess—from conservationism to heritage—yet rarely get a say in policies affecting their communities’ climate resilience.

In places such as Africa, where the costs of climate change are so high, we simply cannot afford to hold women back. Without an urgent inclusion of half of humanity, future COPs will blindly continue the legacy of silencing women’s voices, jeopardising climate resilience in Africa and beyond—eventually costing our planet. 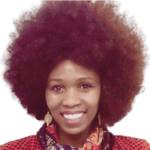 Camilla Barungi is managing director of the Tooro Omutoma Project, a cultural industrial accelerator in Uganda, and editor-in-chief of Jaro4ME, a multimedia platform focused on the African diaspora. She has been a regular speaker on sustainability at United Nations summits, including the NGO Conference and the ECOSOC Forum on Financing for Development.