Companies with market power are increasing prices beyond rising energy costs—because they can.

Government interventions in the market through direct support to households have brought some brief respite for European citizens to temper the cost-of-living crisis. The mild early autumn also played a positive role. But the precarious situation of many citizens in several European countries is all-too-evident. Inflation in the European Union rose to almost 11 per cent in September, from 3.6 per cent a year earlier. Consumers feel the effects directly, especially via food prices: in the year to October, these increased by 17.3 per cent.

Among other things, increased energy costs for fertilisers and animal feed as a result of the Ukraine war are identified as the cause of the price increase. Trade unions however suspect that although many price increases are justified by the rise in energy costs, these have also been used as a pretext.

For example, grain and milk prices rose sharply even before the war. The cause was high quotations on the commodity exchanges. Specialised cereal farmers in Austria accrued a 40 per cent increase in income in 2021, compared with the previous year. Overall, farm income is estimated to have risen for the European Union in 2021 by 3.3 per cent, to a level 26.2 per cent higher than in 2015.

In commodity exchanges prices are negotiated through a standardised process. In futures contracts, commodities are bought at a certain price before they are available, such as before a harvest. The underlying theory is that the agricultural producer can count on a fixed income on the occasion of the harvest, while the buyer receives a delivery commitment at a fixed price.

The first commodity futures exchange was founded in Chicago in 1848. There was a direct relationship between producers (farmers) and traders via futures contracts, with the stock exchange taking on a hedging role by guaranteeing fulfilment. With the deregulation of commodity exchanges in the 1970s, which intensified in the 2000s, a financialisation of trading however took place.

Financial-market actors now participate on a large scale as intermediaries on commodity exchanges. They purchase a futures contract, which entitles them to receive a commodity at a certain price. They wait until that agreed price is significantly lower than on the spot market, where short-term prices apply. The larger this margin, the more desirable the futures contract becomes for other speculators. The contract can thus be sold on at a high price, perhaps many times.

The original purpose of commodity exchanges—to ensure price and supply security for farmers and processors of commodities—is then overlaid by other interests. Commodity exchanges are controlled by actors who generate profits out of strong price fluctuations. The decisions of these financial-market players are not driven by supply and demand fundamentals. Indeed their limited access to real-economy information fosters ‘herd behaviour’: they orient themselves instead to other market participants. As a result, trends stemming from real economic causes are reinforced through speculation, as the exponential inflation originating with the Ukraine war manifests.

The dominant commodity traders in agriculture are the so-called ABCD Group (ADM, Bunge, Cargill and Louis Dreyfus). They cover 70-90 per cent of the global grain trade and profit from the uncertainty of financial players and supply shocks in the real economy.

As they expand along entire food supply chains they can extract high rents: ADM, for example, can increase its profit by more than 20 per cent year-on-year, Cargill by almost 30 per cent. ‘Global grain markets are even more concentrated than energy markets and even less transparent, so the risk of profiteering is high,’ said a member of the International Panel of Experts on Sustainable Food Systems. ‘ABCD’ market power can approach that of seed and fertiliser suppliers.

Fertiliser prices have increased by 300 per cent since 2020, before the Ukraine war. This has run parallel with the monopolisation of fertiliser suppliers and the seed market. Within the last ten years, that market has narrowed considerably: the big six of seed production have been reduced—most recently by the merger of Bayer and Monsanto in 2018—to the big four: Bayer-Monsanto, DowDuPont/Corteva, ChemChina-Syngenta and BASF.

But large food processors also play a central role, with Nestlé, Unilever and CocaCola particularly strong. Nestlé recorded 8.5 per cent growth in the nine months to September 2022. This was achieved through setting prices optimal for the company’s success: in the face of rapidly rising transport and raw-material costs, this is the skill of raising prices significantly without driving customers to cheaper competitors. With well-known brands from Nespresso to San Pellegrino to Kitkat, the group succeeded in increasing sales compared with the previous year despite price increases of 6.5 per cent on average, generating profits accordingly.

Such strong brands can get away with raising prices due to their market position. Unilever also reported a 17 per cent increase in profits in the second quarter of 2022, compared with the previous year, despite rising energy prices. ‘Numerous corporations are trying to ride the current wave of inflation,’ said a manager from Edeka, the largest German supermarket group, complaining of ‘increasingly unfair industry practices’.

The concentration in agriculture and food means companies can use their oligopoly or even monopoly position to derive rents. This leeds to an increasing decoupling of trade from production.

It will be the task of competition authorities in Europe to scrutinise closely price increases in other markets allegedly induced by energy prices. The Austrian authority, BWB, has already done this with regard to the fuel market and is planning further sectoral investigations, including in food. The Vienna Arbeiterkammer has demanded a price review. The German minister of economic affairs, Robert Habeck, proposes that sector investigations which identify competition deficits should have consequences in regulatory requirements and market interventions.

The European Commission already recognised in 2019 that high market concentration was not in the interests of employees or consumers. Plans to intervene in the market and even to break up companies with market power, with a ‘new additional instrument for better enforcement of competition’, were however shelved.

With his proposal for a German Act against Restraints of Competition, Habeck has brought breaking up oligopolistic market structures back into the discussion. But stronger regulation of commodity exchanges is also coming on to the table again. An important first step has been taken with the EU emergency regulation ensuring that at least in energy part of the excess profits will be skimmed off.

Trade unions call for rapid implementation of an excess-profits tax. The Austrian Confederation of Trade Unions (ÖGB) has proposed an anti-inflation commission at member-state level to examine regularly the economic justification of price increases and, if necessary, demand that they be checked. This is necessary to prevent oligopolies from exploiting their market power to the detriment of workers and consumers. 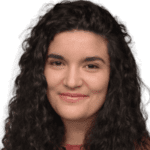 Kaoutar Haddouti is studying politics and history in Heidelberg and Paris.