Big Pharma has not been the real innovator in the fight against the pandemic and intellectual property rights must be reshaped to restore fairness.

On March 17th 2020, the pharmaceutical giant Pfizer officially partnered with Biopharmaceutical New Technologies (BioNTech), a spinoff of the Johannes Gutenberg-University of Mainz. The partnership was to accelerate a potential first-in-class Covid-19 vaccine (BNT162), using not attenuated or deactivated virus but a strand of messenger ribonucleic acid (mRNA) to produce, and engender immunity against, the virus’ spike protein.

The vaccine was expected to enter clinical testing by the end of the following month. At that point, it had already been almost entirely developed by the small German immunotherapy company. What Pfizer brought to the alliance was essentially funds for the clinical trials and commercial capabilities.

In September, BioNTech was granted around $445 million from the German Ministry of Education and Research, to advance its  programme through regulatory approvals. These funds compounded the over $120 million already received by the company as concessionary lending by the European Investment Bank. Meanwhile, Pfizer secured an upfront payment of nearly $2 billion from the United States government for 100 million doses of the vaccine. As with other massive vaccine producers, and responding to a call by pharmaceutical companies in the early stages of the pandemic, the deal was intended to share part of the risks inherent in vaccine development and distribution.

The BioNTech/Pfizer story is not an exception. Vaccine-research programmes, as with all research in the bio-pharma sector, rely significantly on public investments in the basic science and, at a later stage, on public support and supervision for clinical trials and regulatory approvals. For almost all SARS-CoV-2 vaccine candidates which have reached advanced stages of testing, the contribution of the large pharmaceutical companies has been only secondary.

Giants such as Merck and Sanofi are still lagging, while AstraZeneca only came into play when the vaccine developed by Oxford University—almost entirely publicly funded—entered the phase of clinical testing and production, just as with Pfizer. To date the only large private company able to develop a vaccine on its own account (neither the first nor the most effective) is Johnson & Johnson, through its Belgian subsidiary Janssen Pharmaceuticals. The real innovators in the fight against Covid-19 have been universities or small businesses which are essentially spinoffs of academic research, as with BioNTech or Moderna.

Despite an essentially supporting role all through the innovation process, Big Pharma can quite paradoxically claim almost exclusive intellectual-property rights (IPR) over innovations and capture notable rents on the products they manufacture. During the first quarter of 2021, the vaccine was, far and away, Pfizer’s biggest source of revenue, bringing in over $3.5 billion. These revenues came by selling most of the doses to deep-pocketed governments in north America and Europe.

Indeed, Pfizer, along with the rest of the industry, has been lobbying to stop a temporary waiver of IPR, endorsed by the current US administration under Joe Biden, to allow generic Covid-19 vaccines to be distributed at low cost in the global south. Instead, the industry is asserting monopoly rights in all those developing economies that ratified the agreement on Trade-Related Aspects of Intellectual Property Rights (TRIPS), which came into force back in 1995—even at the cost of delaying Covid-19 immunisation worldwide.

Claims to IPR—via patents, copyrights and trademarks—have become one of the main means of enhancing market power, and thereby appropriating greater rents, often at the expense of wider public interests. Patent filings stood at one million in 1995. By 2011 they had more than doubled. In 2014 they reached around ten million, valued at around $15 trillion.

Since productivity in research and development has however been declining globally, IPR are apparently being disproportionately asserted to benefit incumbent firms in core and secondary markets. According to the Organisation for Economic Co-operation and Development, the average technological and economic value of inventions protected by patents has eroded, while the legal right to exclude others has become broad and susceptible to abuse.

Two specific practices are patent thickets (overlapping patents covering a wide area of economic activity and potential downstream inventions) and patent fencing (excessive patenting with a view to cordoning off areas of future research). Between 1990 and 2005, Pfizer filed around 50 patents in several different categories (substance, process, formulation/dosing, combination and use) to defend its market position on PDE5 inhibitors, used to treat male erectile dysfunction. Patent thickets and fencing expand protection over entire technological domains, maintaining the advantage of incumbent firms at the cost of potentially slowing the overall pace of innovation.

The primacy granted to private investor interests is also questionable considering the role played, in several industries, by fundamental and applied research in the public sector. Many breakthrough technologies emanating from the US National Institute of Health, the National Science Foundation and the Defense Advanced Research Projects Agency—which funded what became the internet when it was trying to create a wireless network to connect the dispersed cogs of the US military machine—ultimately benefited companies in the biochemical industry or in Silicon Valley. Leveraging the patent system enshrined in TRIPS, they obtained enormous positional rents.

Patenting vaccines (and drugs) is particularly problematic, since public research irrigation is preponderant and large companies typically come into play only in the phase of clinical trials, right before patenting, usually when the resources to be invested exceed the financial capacities of small inventors. The pricing of the patented products, however, does not internalise the contribution by other actors, including public institutions, or public-health objectives (such as global immunisation in the case of Covid-19), since the IPR system has not been designed to do so. On the contrary, being subject to intense lobbying and regulatory capture by large companies, the system is often abused and high prices persist, granting to the privileged holders profits not justifiable by their contribution.

This is as socially inequitable as it is economically inefficient—its inadequacy dramatically exposed by the pandemic. Vaccines developed with substantial public contributions are generating hundreds of billions of dollars in sales for the pharmaceutical companies, while the coronavirus is still ravaging poorer nations which cannot afford immunisation.

Correcting these distortions would require simultaneously rethinking the patent system and the role of the state. Large private manufactures would then produce generic vaccines and drugs, priced accordingly, while governments would more explicitly steer research and innovation, conducting (rather than merely co-funding and supervising) clinical trials and testing. Waiving TRIPS would represent a first step. 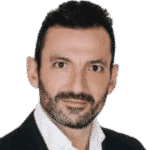 Piergiuseppe Fortunato is an economist at the United Nations Conference on Trade and Development, where he leads projects on global value chains and economic integration, and an external professor of political economics at the Université de Neuchâtel.