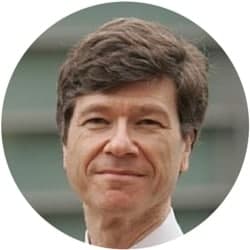 I have been helping countries to overcome financial crises for 30 years, and have studied the economic crises of the twentieth century as background to my advisory work. In all crises, there is an inherent imbalance of power between creditor and debtor. Successful crisis management therefore depends on the creditor’s wisdom. In this regard, I strongly urge Germany to rethink its approach to Greece.

A financial crisis is caused by a country’s excessive indebtedness, which generally reflects a combination of mismanagement by the debtor country, over-optimism, corruption, and the poor judgment and weak incentives of creditor banks. Greece fits that bill.

Greece was heavily indebted when it joined the eurozone in 2001, with government debt at around 99% of GDP. As a new member, however, Greece was able to borrow easily from 2000 to 2008, and the debt-to-GDP ratio rose to 109%.

When a country’s prosperity depends on the continued inflow of capital, a sudden stop or reversal of financial flows triggers a sharp contraction. In Greece, the easy lending stopped with the 2008 global financial crisis. The economy shrunk by 18% from 2008 to 2011, and unemployment soared from 8% to 18%.

The most obvious cause was lower government spending, which reduced aggregate demand. Public-sector workers lost their jobs, and construction projects ground to a halt. As incomes declined, other domestic sectors collapsed.

Another factor in Greece’s economic collapse is less obvious: the contraction of bank credit. As banks lost their access to interbank credit lines from abroad, they restricted lending and called in outstanding loans. Domestic savers also withdrew their deposits, fearing for the banks’ solvency and – thanks largely to German Finance Minister Wolfgang Schäuble – for their country’s continued eurozone membership. Like shrinking aggregate demand, the contraction of bank loans had a multiplier effect, with growing financial fragility inducing depositors and overseas financial institutions also to withdraw credits and deposits from Greek banks.

If the export boost is large enough and rapid enough, the earnings it brings largely offset the decline in domestic demand, and overall output is stabilized or even returned to growth. Spain, Ireland, and Portugal were all able to cushion their post-2008 slumps with a surge in export earnings. Remarkably, Greece could not. In fact, Greek export earnings in 2013, at €53 billion, were actually €3 billion lower than in 2008, even after domestic demand collapsed.

That is not surprising, for three reasons. First, because the European rescue packages did not recapitalize the Greek banking sector (the focus was on bailing out German and French banks), potential exporters could not obtain the operating credit required to support their retooling needs. Second, Greece’s economic base is too narrow to support a significant short-term increase in exports. Third, administrative, regulatory, and tax obstacles hindered the export response, especially as the tax increases in the rescue packages made it even harder for small and medium-size enterprises to grow and establish new markets abroad.

In my view, the policy response by Greece’s partners, led by Germany, has been unwise and highly unprofessional. Their approach has been to extend new loans so that Greece can service its existing debts, without restoring Greece’s banking system or promoting its export competitiveness. Greece’s initial €110 billion bailout package, in 2010, went to pay government debts to German and French banks. As a result, Greece owes an ever-larger share of its debt to official creditors: the International Monetary Fund, the European Financial Stability Fund, and, increasingly, the European Central Bank. While Greece’s debts to private creditors have been partly cut, this was too little too late, because it cannot even service its debts to official creditors.

Year after year, Greece’s creditors have promised that the bailout packages would bring about a meaningful rebound in output, employment, and exports. Instead, the country has experienced a depression comparable to the decline in output and employment that Germany suffered from 1930 to 1932, the years that preceded Hitler’s rise. Many Germans may despise Greece’s current Syriza government, which pledged to end the policy of creditor-imposed austerity; but four consecutive governments – center-left, technocratic, center-right, and left – have implemented it.

All of these governments have failed. Perhaps Antonis Samaras’s center-right government from 2012 to 2015 came closest to succeeding, but it could not survive, politically, the severe austerity that it was being forced to impose. Nor did Greece’s creditors do anything to help Samaras’s government out of its political bind, even though it was a government they liked.

To overcome an economic crisis, the creditor must be smart and measured. It is right to demand strong reforms of a mismanaged debtor government; but if the debtor is pushed too hard, it is the society that breaks, leading to instability, violence, coups, and pervasive human suffering. While the debtor loses the most, the creditors also lose, as they are not repaid.

The formula for success is to match reforms with debt relief, in line with the real needs of the economy. A smart creditor of Greece would ask some serious and probing questions. How can we help Greece to get credit moving again within the banking system? How can we help Greece to spur exports? What is needed to promote the rapid growth of small and medium-size Greek enterprises?

For five years now, Germany has not asked these questions. Indeed, over time, questions have been replaced by German frustration at Greeks’ alleged indolence, corruption, and incorrigibility. It has become ugly and personal on both sides. And the creditors have failed to propose a realistic approach to Greece’s debts, perhaps out of Germany’s fear that Italy, Portugal, and Spain might ask for relief down the line.

Whatever the reason, Germany has treated Greece badly, failing to offer the empathy, analysis, and debt relief that are required. And if it did so to scare Italy and Spain, it should be reminded of Kant’s categorical imperative: Countries, like individuals, should be treated as ends, not means.

Creditors are sometimes wise and sometimes incredibly stupid. America, Britain, and France were incredibly stupid in the 1920s to impose excessive reparations payments on Germany after World War I. In the 1940s and 1950s, the United States was a wise creditor, giving Germany new funds under the Marshall Plan, followed by debt relief in 1953.

In the 1980s, the US was a bad creditor when it demanded excessive debt payments from Latin America and Africa; in the 1990s and later, it smartened up, putting debt relief on the table. In 1989, the US was smart to give Poland debt relief (and Germany went along, albeit grudgingly). In 1992, its stupid insistence on strict Russian debt servicing of Soviet-era debts sowed the seeds for today’s bitter relations.

Germany’s demands have brought Greece to the point of near-collapse, with potentially disastrous consequences for Greece, Europe, and Germany’s global reputation. This is a time for wisdom, not rigidity. And wisdom is not softness. Maintaining a peaceful and prosperous Europe is Germany’s most vital responsibility; but it is surely its most vital national interest as well. 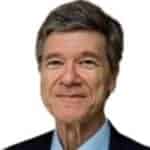