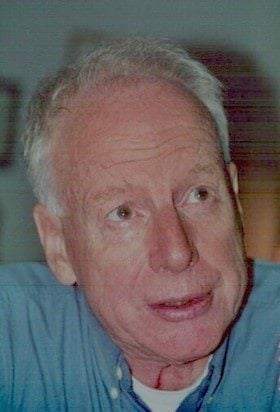 Will Greece default and leave the euro? On this compound-question market opinion has swung back and forth, particularly since last Wednesday’s announcement by the ECB that it would no longer accept Greek Central Bank Bonds as collateral for regular funding replenishments (although the ECB’s more expensive ELA funding window remains open). This was the ‘nuclear option’ that SYRIZA feared, a key signal that Germany was playing hardball.

To be sure, there were other signals last week that room for negotiations was being closed down. For one thing, IFO (a leading right-wing German think tank) issued a report saying that it would cost Germany less for Greece to default and leave the euro than for Greece to default within the euro. For another, the very next day, Greek Finance Minister Varoufakis failed to get any support from Hollande in France or Renzi in Italy – earlier both thought to be sympathetic to the Greek case – leading to the suspicion that Frau Merkel had been assiduously working the phones. And although Austria has since promised to look at the Greek negotiating position, by the end of the week it was pretty obvious that Greece should be looking carefully at contingency plans for ‘Grexit’.

The conventional argument against Greece leaving the euro goes as follows. First, Grexit (and the immediate substitution of the New Drachma (ND) for the euro) would paralyse and destroy the banking system not just because Greece would be cut off from the financial markets but because foreign exchange markets would treat the ND as junk. The resulting massive devaluation of the ND would entail crippling inflation, leaving ordinary Greeks even worse off than under continued troika-imposed austerity. Greece would require capital controls which are incompatible with EU law. And finally, the resulting financial market chaos might spread to other countries – not just the smaller Mediterranean countries plus Ireland – but major countries like Spain and Italy whose vulnerable economies are far too big to be bailed out by the Eurozone’s rescue mechanism or the members of the troika.

Of course there are economists on both sides of the political spectrum who believe that Greece should leave the euro. For the right, Hans-Werner Sinn (President of IFO) in Germany and Alan Greenspan in the USA are amongst the most prominent, while on the progressive side Paul Kugman and even some members of SYRIZA think the ‘good euro’ is an illusion. Obviously, right and left oppose the euro on quite different grounds.

The usual example of successful ‘delinking’ from a strong currency is Argentina’s scrapping of its one-for-one dollar link in 2002. Although it took months of disruption for Argentina to decide to scrap its currency board and devalue, the country not only survived but experienced strong GDP growth followed by export growth within the next few years. However, as critics points out, Argentina’s circumstances were quite different from those of Greece today: demand for the country’s exports grew in part because of strong growth in its main trading partners, Brazil and China. Greece is more import-dependent than Argentina, it is surrounded by sluggish Eurozone economies and enjoys far less potential export growth in shipping and tourism.

Another success story is Iceland where, following the financial meltdown of 2007-08, the country’s politicians refused to refinance the mountain of private sector debt, instead allowing banks to default and the Krona to plunge. While GDP fell for a time, the imposition of capital controls helped resolve the currency crisis and, by 2010, the country was again growing with access to world financial markets helped by a substantial IMF loan. In this case too, repudiation of private banking debt (rather than it socialisation) as voted upon by all Icelanders was the right course of action. Greece, however, has already socialised its bank debt via a loan now being repaid; the price paid was agreeing to troika conditionality in 2012. More importantly, unlike Iceland, Greece does not have its own currency and has thus been made to undergo ‘internal devaluation’ (real wage cuts) which, arguably, has not greatly improved its external balance. Leaving the euro would allow Greece to devalue – but at a very high price. Quite possibly, capital flight would lead to total collapse of the country’s financial sector, while the imposition of capital controls would almost certainly lead to exit from the EU itself.

So the pessimistic version of the story sees Grexit as inevitable. But Grexit would lead to financial chaos and very serious social conflict. Possibly, the Greek right would attempt some form of coup against Tsipras along the lines of Pinochet’s Chile. But there are limited signs of hope, too. As I write this on 10 February, news is emerging of a possible compromise plan proposed by Athens, the main points of which are as follows: 1. Part of the Memorandum of Understanding (Troika Agreement) would be scrapped and replaced with (negotiated) reforms; 2. The 3% primary budget surplus requirement would be halved giving Athens wriggle-room for paying for limited austerity-reversing measures; 3. Greek debt would be reduced, or terms eased, possibly by linking repayment to GDP growth; 4. There would be some formal recognition of the need for anti-austerity measures, possibly disguised as ‘humanitarian’ concessions; 5. Renewal of ECB funding for the Greek Central Bank would be negotiated; and 6. A further tranche of the €7.2bn ‘loan’ to Greece would be disbursed – although the money itself is almost entirely destined to repay the troika.

Is this timing coincidence? In short, it may be that the recent talks between Obama and Merkel avoided disaster – largely it would appear because Obama does not want a broken Greece to start taking aid from Moscow. Although it’s early days, it would seem that there’s light at the end of the tunnel, even if politically (rather an economically) motivated. The good news is that all of Europe (including Britain) can breathe a sigh of relief. The not-so-good news is that the ‘euro problem’, that of how to manage a currency without a country, remains as intractable as ever.

George Irvin is a Research Professor at the University of London (SOAS) and author of 'Super Rich: the Growth of Inequality in Britain and the United States', Cambridge, Polity Press, 2008.