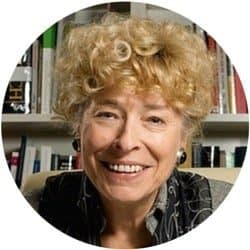 In his Critique of Judgment, Immanuel Kant names three maxims for republican thinking to follow collectively: a) thinking for oneself; b) thinking in the manner of the other; c) always be at one with ones own thoughts.

The second maxim concerns “an extended way of thinking” or justice and fairness. Right now, the German finance minister is violating this principle big time. Several times in recent days he has tartly asserted that the Greeks alone are to blame for their current misery, indeed for Europe’s crisis. But what if he followed Kant’s precept on fairness and thought his way into Greek minds?

He might here alight upon a completely different “blame” narrative. It might run as follows: When, in spring 2010, Greek premier Papandreou informed the IMF about the pending bankruptcy of Greece and asked for credits, the IMF’s experts rejected that as it made no sense pumping credits into an insolvent country. Instead, it was said, one should take the usual option and order a debt haircut. That would have hit French and German banks above all.

Neither IMF boss Strauss-Kahn (still angling to be French President at the time), nor Chancellor Merkel, nor finance minister Schäuble, would countenance that then, arguing instead they had to rescue the German, French and European banking system. What they wanted to avoid, of course, so the narrative might say, was any losses for their respective banks.

And so Greece’s return to a sound economic footing was blocked.

Wolfgang Schäuble should put himself in the shoes of the Greek negotiators on the other side of the table according to Gesine Schwan (photo: CC BY-SA 2.0 Mehr Demokratie)

Why had German banks given Greece such large credits before although the country was already then hardly a haven of financial stability but had rustled up huge debts? These credits had among other things helped the financing of Greek imports from Germany – good for German exports but, we now know, used to fund contracts with the likes of Siemens, Rheinmetall and Kraus-Maffei Wegmann allegedly won through corruption. German firms allegedly earmarked Greek politicians in the defence ministry for bribes and earned, at the same time, as much as German banks from the credits handed to the Greeks.

Back in 2010 the German federal government warned the Greeks they had to make good their purchase of the contracted (but superfluous) submarines. Even then, the phrase “agreements must be kept” (pacta sunt servanda) rang out – rightly used if one has signed equitable contracts.

If debts cannot be paid two sides are always responsible: debtors and creditors. Were only the Greeks responsible?

Clearly, the newly elected government had nothing to do with the deal. When finance minister Varoufakis tells all and sundry that Greece should not take up any more credits because it can never repay the debts incurred – and he’s by no means alone in this analysis outside Germany – then, from a Greek viewpoint, he’s talking responsibly and makes eminent sense. Above all, when his government sets about rooting out corruption (as it said it would) and bringing in a just, effective taxation system as well as a solidly based land registry office to make it easier for investments. But that simply can’t happen overnight.

Assuming this Greek narrative is true: Should the Greek government kowtow to the German point of view against its own convictions? Should it break all its election pledges? Should it submit itself to conditions it considers unobtainable, devastate Greek society and usher in a split in Europe between north and south? Do we Germans really want to take on this responsibility and destroy the European post-war order which we urgently need – not least to deal with Russia? Just to press home our own narrative and be right as always?

“Justice raises up a people” (in the words of Solomon) – and the German one too.

Gesine Schwan is a German political science professor and chair of the Basic Values Commission of the SPD. The party nominated her twice as a candidate for the federal presidential elections.