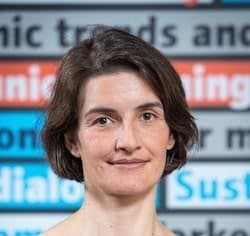 Five years after the Eurozone sovereign debt crisis broke out in Greece, the prospect of a SYRIZA victory generated high hopes within Europe and beyond. Its promise to seek a debt write-down for Greece and to reject/ renegotiate the policies dictated by the Troika have been seen as the first real challenge of democratic politics to those deflationary policies of austerity that have swept over the continent since 2010. Numerous influential mainstream economists, hold these policies largely responsible for prolonging and deepening Europe’s economic stagnation since then although, arguably, they did not cause the recession in the first place.

Two weeks after coming to power and faced with the hard reality of Greece’s pressing short-term financing needs, the new SYRIZA-ANEL government has made some non-negligible shifts in what it is preparing to put on the negotiating table with its European partners for getting an agreement that will keep the country financially afloat for the next 6-7 months. First of all, the government has dropped the demand for an outright debt write-down to replace it with debt swaps that will ease further the already low burden of servicing it. It has also offered to commit to delivering a primary budget surplus of 1.5% for 2015. This will be smaller than currently stipulated in the MoU (“memorandum” or “program”), providing some indispensable policy breathing space where there has been none.

Still, a commitment to a primary surplus is more likely to imply ‘less’ rather than ‘no’ fiscal austerity should the Greek economy fail to grow vigorously. The government will also propose to implement 70% of the structural reforms stipulated in the current MoU and replace the remaining 30% with reform measures suggested by the OECD.

Can the government get rid of the Troika? In its current form and under this name, the answer is quite likely a yes, as its image has been indelibly tarnished during the years when the harshest economic adjustments took place. However, given that Greece is seeking agreement with its lenders on how to manage the servicing of its debt, it is implausible that its EU partners would provide this support without any conditions; if there are conditions, then progress towards their fulfillment will have to be monitored, one way or another.

All in all, therefore, if Greece is to avoid defaulting on its financial obligations in 2015 and stay in the Eurozone, the new government will only be able to partly deliver on its promises of ending austerity and getting rid of a supervisory mechanism like the Troika. Does all this mean then that the hopes many Europeans nurtured about SYRIZA becoming the catalyst for policy change in Europe and the Eurozone (with Greece still a member) should be buried sooner or later?

There is still one policy dimension in which there would be scope for a new Greek government to try to change the logic of the European policy response to the crisis: the type of structural reforms that are promoted and the conditions under which they are undertaken. So far, all the adjustment programs in bailed-out member states (and those living under the shadow of bail-outs) have identified structural reforms with deregulation in labour and product markets. The underlying assumption here is that flexibility equals deregulation and that deregulation is the only way for economies to be resilient in the face of shocks and grow.

This is not a new idea but the formation of the Eurozone has given it a new lease of life. Deregulation advocates argue that given the constraints that a single monetary policy and the fiscal rules pose on the use of macroeconomic policies to stabilize a Eurozone economy, adjustment to any shocks should fall increasingly, if not exclusively, onto market mechanisms like increased competition. Presumably, flexible prices and wages should suffice to re-ignite recovery from adverse shocks and growth. This is ultimately an ideologically driven policy prescription that reserves a minimal size for the State and role for non-market forms of coordination in the economy.

Reality and empirical evidence seem to suggest that the positive relationship between deregulation and growth is not that straightforward and even if it exists, it depends on the politico-economic context of a country. A quick glance shows that the economies that have best weathered the crisis, first and foremost Germany, are hardly bastions of deregulated markets and small State presence in the economy. Moreover, such reforms have not only failed to deliver growth anywhere in the Eurozone but also, under current conditions, are dangerous in that they push economies deeper into deflation traps.

Greece has fundamental structural problems that it needs to address if it is to recover sustainably but the solutions should not come as dogmatic recipes; they should instead take into account the peculiarities of the Greek political economy and the macroeconomic environment in which any reforms will have to be implemented. Reforms that aim at enhancing competitiveness on the basis of ever lower production costs cannot be the way forward for sustainably high and rising economic performance in a European economy; measures that can create the conditions for high productivity growth and the restructuring and upgrading of the Greek production base are.

The necessary scale of economic restructuring, however, insofar as it implies shifting people and other resources across production sectors, is unlikely to happen swiftly enough while an economy that has shrunk by 25% since 2008 is stagnating. Nor can it happen while the Greek welfare state, until recently one of the most ineffective in tackling poverty and inequalities despite being close to the EU average in cost terms, is shrinking and the social safety net is weakening.

The menu of structural reforms that the new Greek government will have to commit to implement will be crucial for getting a deal on debt and fiscal issues. If the new government manages to shift the meaning of required structural reforms away from its exclusive focus on outright deregulation, especially in labour markets, and if it succeeds in passing the message that both the implementation and the success of reforms are highly dependent upon a favourable macroeconomic environment (e.g. through investment), then it will have sown the seeds for an important change for Europe. For now, though, that seems a rather tall order.

Sotiria Theodoropoulou is a Senior Researcher at the European Trade Union Institute (ETUI), where she examines the effects of European macroeconomic policies on economic performance and welfare states.