The European Union must stop compromising on the fundamental right of workers to health and safety.

This elevation of these conventions will support the common good in all European societies. Good occupational safety and health (OSH) is a win-win-win for workers, employers and governments, and prevention of risks is key.

Workers obviously benefit because they suffer less injury and illness, but they also avoid financial ill-effects. Employers see productivity improve because activity is not disrupted by accidents or sickness absences; insurance premia are reduced along with staff turnover, while there are reputational gains among customers and potential employees.

Governments in turn can spend less on associated healthcare, injury, illness and unemployment benefits, while taking in more in tax receipts. These are just the most obvious benefits of enhanced health and safety.

The decision in June was the culmination of a three-year campaign by trade unions, progressive governments, OSH professionals and victims’ groups. It represented the first amendment to the ILO Declaration on Fundamental Principles and Rights at Work since its adoption almost a quarter-century ago, in 1998.

Sadly, in those three years of campaigning, to overcome objections from employers and governments showing a cavalier attitude to workers’ lives, almost nine million work-related deaths took place—on top of millions more workplace injuries and illnesses—around the world. Death is of course inevitable, but work-related deaths are all preventable.

Having secured international agreement on the principle of safe and healthy work, unions are turning their attention to the harder task of putting that into practice. European Union governments were in the progressive camp in June, along with those in Africa and north America, and the EU is a leading global actor on OSH legislation.

Yet there is a gap between the standards and their application. Only 11 of the EU’s 27 member states have ratified both core conventions—155 covers OSH, 187 its promotion. A further nine have ratified one or other but seven have committed to neither: Italy, Bulgaria, Estonia, Lithuania, Malta, Poland and Romania. This is not acceptable.

Among other things, the conventions require of states-party: establishment of tripartite national bodies, consultation of workers on risk assessment and management, workplace safety committees and a right for workers to refuse work likely to harm them. They promote participation by workers and their trade unions in the identification and prevention of risks.

That makes workplaces safer. Union pressure is a major factor in driving preventative measures and realising the employer’s duty to ensure the health and safety of employees, regardless of where they work.

European governments often claim the standards laid down in EU health-and-safety directives are anyway as good as, or better than, those required by the ILO core conventions—which simply begs the question as to why those conventions have not already been ratified. In any event, work-related deaths across the EU give the lie to such complacency.

Given that these conventions are now deemed fundamental, and automatically part of the acquis communautaire, the EU could soon be in the hypocritical position of requiring applicant countries in the Balkans and elsewhere in eastern Europe to adopt ILO conventions not universally adopted inside the union. An uneven and fragmented legal framework in OSH provides for ‘social dumping’, based on the lowering of health-and-safety protections for workers involving different member states.

New Zealand, which has ratified convention 155 (though not 187), insisted that the recently concluded EU-NZ trade agreement include an enforceable commitment to the core conventions. This is something the EU should itself be demanding in future trade agreements.

The European Trade Union Confederation, working with its global equivalent, the International Trade Union Confederation, and national trade union movements, is putting the European Commission and the 16 member states which have not yet ratified both core conventions on notice. Our message is: stop compromising on workers’ fundamental right to a safe and healthy working environment. Ratify the core conventions, implement them and build them into national law and practice and international trade, investment and aid agreements.

Claes-Mikael Ståhl has been deputy general secretary at the European Trade Union Confederation since September 2021. He deals with trade, mobility, employment, cohesion funds and occupational health and safety. 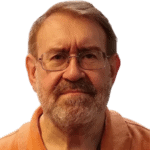