If the pitfalls of the last attempted transatlantic trade deal are avoided, this could be a vehicle for improving standards.

After the second world war, the United States became the architect and staunchest supporter of a rules-based system of world trade, embodied in the General Agreement on Tariffs and Trade of 1947 and later the World Trade Organization. Under the presidency of Barack Obama, it built on the multilateral structure of the WTO, aiming to conclude wide-reaching free-trade agreements (FTAs) with other states, in support of what the administration took to be US economic interests.

The advent of Donald Trump as Obama’s successor saw the most complete overhaul of US trade policy in 70 years. Trump took a radically different stance, killing negotiations for a potential trade deal with the European Union and taking the US out of the Trans-Pacific Partnership. He espoused distrust towards global institutions such as the WTO and caused a stalemate in its main court, the Appellate Body.

The administration of Joe Biden is likely slowly to restore the traditional stance on trade, rebuilding trust in economic co-operation and international institutions. Biden has pledged to work towards closer economic integration between the US and the EU, which could herald a trade agreement with the old continent. While the attempted Transatlantic Trade and Investment Partnership collapsed at the end of 2016, a closer trading relationship between the EU and US is now even more essential, to offset the growing geopolitical and economic influence of China.

The heated controversies triggered by the TTIP negotiations—over the international dispute-settlement system allowing corporations to sue states, fears of a ‘race to the bottom’ in consumer-product and food standards and more general concerns about corporate influence on legislative processes—still reverberate in EU politics. Any attempt to revive negotiations will have to reframe the discourse on trade to avoid the previous pitfalls and convince the European Parliament, as well as the European public, that economic integration is for the benefit of all—not only large economic operators.

The Biden administration has already been vocal on the central role labour and the environment will play in future US trade policy. Closer trade relations between the EU and the US could lead to innovations in trade law as to how environmental and labour standards are delineated.

This could be an opportunity for the EU to go beyond its current standards of protection and enforcement in FTAs. Closer co-operation between the EU and US could push labour and environmental issues—historically peripheral to trade negotiations—into the centre of international trade law. In the drafting of FTAs, the EU still does not give the same weight to labour and the environment as free-trade obligations and intellectual-property rights.

Recent FTAs prepared by the EU include a sustainable-development clause between the parties, promoting inter alia environmental and labour standards, including International Labour Organisation conventions. Most EU FTAs contain provisions to protect collective-bargaining rights and freedom of association and to forbid discrimination in the workplace. Newer ones, such as the EU-Mercosur FTA, also include an obligation to implement the Paris agreement on climate change. Such obligations are already contained in a separate section of EU trade deals, with a dedicated enforcement mechanism.

US trade deals contain similar, but not identical, obligations and take a different approach towards enforcement in the event of non-compliance. For instance, the US, unlike the EU, has been proactive against forced labour, using customs controls to enforce the policy. Closer co-operation could be an incentive for the EU to innovate further with regard to environmental and labour standards.

First, negotiating with the US could provide the occasion to go beyond merely including issues such as health and safety of workers or minimum wages—as Obama had explored in the Comprehensive and Progressive Agreement for Trans-Pacific Partnership and Trump in the United States-Mexico-Canada Agreement. Even if recent EU FTAs do mention the Paris agreement, many doubts remain as to the legal implications—especially considering the lack of obligations in the agreement itself. The EU and the US could explore ways to make the national pledges under it binding and enforceable via international trade law.

Currently, the substantive obligations on labour and the environment the EU includes in its FTAs with developed countries are not so different from those already included in FTAs with developing states. Such obligations rarely go beyond the protection of core labour standards and reference to a few international environmental instruments.

Secondly, the EU could use the negotiations with the US to provide the same quality of enforcement on environmental and labour standards as on free trade and intellectual property. Currently, trade unions, non-governmental organisations and indeed companies are not able to bring claims in front of the European Commission for violations of labour and environmental standards contained in EU FTAs.

The commission has recently begun to provide an informal mechanism to do that, but this is a far cry from the legal guarantees of enforcement of free-trade obligations and intellectual-property rights in the Trade Barrier Regulation. In addition, EU FTAs still do not allow the impositions of fines and sanctions for violations of labour and environmental standards—a policy pursued by both the US and Canada.

Finally, on forced labour, the US has been obliging its Customs and Border Protection agency to seize and destroy goods produced—even in small part—by forced labour. EU customs authorities cannot pursue a similar policy, although there are rumours the commission is considering legislative change in that direction.

The EU has a lot to learn on these issues from the US, and could utilise similar strategies of customs enforcement to compel maintenance of labour standards or stop the import of goods that do not respect the Paris agreement. This would have to be made WTO-compatible.

A trade deal between the US and the EU may not be on the table just yet but closer transatlantic co-operation on trade offers an opportunity to strengthen protection of labour and environmental standards. It will test the capacity of the EU to utilise this renewed partnership to pursue issues related to the inclusion of sustainable development in international trade policy and law.

This is part of a series on the transatlantic relationship, supported by the Friedrich Ebert Stiftung 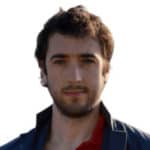 Giovanni Gruni holds a PhD in international economic law from the University of Oxford. He teaches world-trade and EU law. His main research interest is the inclusion of sustainable development in free-trade agreements.