European countries should start preparing to integrate the new arrivals for the long term.

Russia’s invasion of Ukraine has already generated more than two million refugees, many of whom have been welcomed in Poland and other central- and eastern-European countries. The humanitarian response has been heartening—notwithstanding these countries’ past resistance to providing similar support to asylum-seekers from the middle east and north Africa. Ordinary citizens, civil-society organisations and government agencies have come together to stock border towns with emergency rations, first-aid supplies, clothing, shelter and transport options.

While the Russian and Ukrainian economies are being hit the hardest by Russia’s invasion, the economic consequences of the war will not be confined to the countries fighting it. To mitigate the risks, countries must start developing their recovery plans now.

The European Union has announced that all Ukrainian refugees will receive temporary (one- to two-year) protected status, regardless of where they apply for it. The Dublin Convention—which requires the first country of entry to assess migrants’ asylum applications—has been tossed out. One hopes the EU will now follow the same process for all future asylum-seekers, regardless of their skin colour.

The hope is also that peace will soon prevail, making the latest influx of refugees into Europe temporary and reversible. But, given the vast scale of the destruction in Ukraine and the lingering effects the war (and the pandemic) will have on its economy, EU member states should be prepared to host refugees for the medium to long term. And to avoid the backlash which has followed previous refugee influxes, they should already be taking steps to integrate the new arrivals into their societies.

An influx of human capital could be immensely beneficial to many EU economies, provided that the resettlement process is managed properly. The current situation raises two important considerations.

First, unlike western-European countries, the EU’s newer member states still have very little experience with large-scale immigration. Having hitherto remained insular and unwelcoming, their institutions and populations are largely unprepared. Secondly, the influx of Ukrainians into these countries has mostly consisted of women and children, because fighting-age men have remained behind. Inclusion mechanisms therefore will need to be gender- and age-responsive.

As Ukrainian refugees are relocated within Europe, the priority will be to help them find safe, affordable and suitable housing. Emergency residences and shelters are not viable long-term arrangements, and national and municipal governments will have to work with private housing providers to find lasting solutions—a task made more complicated by the recent meteoric rises in property prices.

Repurposing properties intended for short-term stays could be a good place to start, given that tourism within the EU has yet to recover its pre-pandemic level. And activist-minded municipalities could even demand the use of apartments from speculators and mega-landlords, as Berlin recently attempted to do. These initial moves could then be reinforced with innovative public-private partnerships, such as refugee housing labs, co-living arrangements and transitional apartments and subletting schemes.

With children making up a large share of the displaced, programmes to help them catch up on lost schooling will be crucial. Governments should reach out to volunteers, pedagogical institutions and non-governmental organisations to help fill the gaps while they work to expand existing school facilities. A good example is Berlin’s Back on Track project, which has seen much success with a decentralised approach to educational catch-up for young Syrian refugees. In Prague, the Ukrainian One Class project has already mobilised a network of schools to provide Ukrainian-speaking teachers for incoming Ukrainian pupils. Efforts such as this will need to be replicated across the EU.

Beyond providing housing, education and financial support, governments will also need to facilitate Ukrainian women’s entry into EU labour markets. In addition to offering training for occupational skills and entrepreneurship activities, EU governments should focus on eliminating the red tape that keeps able and willing refugees from working.

Project Phoenix’s own work in Cyprus—along with numerous studies—confirms that female financial empowerment leads to better outcomes for migrants. But among the biggest hurdles to migrant women’s empowerment are inadequate language training and a lack of access to childcare. Here, the pandemic experience offers lessons on how to proceed. Through online learning, institutions should be able to start providing language classes as soon as refugees arrive. And while traditional daycare centres may be overwhelmed, digital tools to pool caring solutions and share responsibilities among migrant mothers could serve as a stopgap.

European labour ministries should work closely with companies, recruiters and job-matching services to ensure that skilled workers are quickly placed. Artificial-intelligence-driven translation and screening can help, as would an easing of the process for recognising diplomas and technical qualifications. Similarly, universities and technical training institutions will need to be flexible to accommodate late starts, missing paperwork and coursework submitted in multiple languages. This will be worth it to ensure that female refugees acquire the knowledge and experience they need to enter the workforce.

Finally, refugees who want to be entrepreneurs will need sustained technical support, access to finance and—perhaps most importantly—mentors to guide them through the process of starting a business. Here, governments could collaborate with refugee entrepreneurship incubators such as SINGA and TERN, both of which have perfected their approach over multiple migration waves in Europe.

These are only a few suggestions for policy-makers to consider as the focus shifts beyond humanitarian assistance. Other challenges, such as helping victims of war address trauma and ensuring adequate mental-health support, are equally urgent and essential to help rebuild lives.

So far, Europe’s track record on migrant and refugee inclusion has been spotty. But given the outpouring of support for Ukrainians, one hopes that this is the dawn of a new Europe—one that lives up to its claim of defending liberal democracy and valuing human life. Perhaps the unexpectedly solidary response of the EU’s eastern bloc can show the rest how to respond to all refugees in the future.

Republication forbidden—copyright Project Syndicate 2022, ‘How Europe can include Ukrainian refugees in society’ 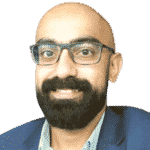 Hrishabh Sandilya is co-founder and head of Project Phoenix. 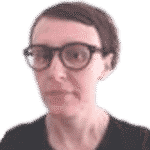 Zhivka Deleva is a director of a refugee centre in Berlin.