A leaked proposal from the European Commission would favour the agrochemical industry, not the citizenry.

Pesticides are a problem with which Europe has to deal. The crisis in biodiversity, the pollution of soil and water and the damage to our health are serious concerns.

Last year, 1.2 million Europeans signed the Save Bees and Farmers European citizens’ initiative, asking the European Union to phase out pesticides and restore biodiversity, while supporting farmers to do so. Eurobarometer data indicate that citizens’ first concern regarding food quality is contamination with pesticide residues and polls show the vast majority of citizens want to be pesticide-free.

Civil society thus welcomed the proposals from the European Commission in May 2020, in the context of the European Green Deal, to cut pesticide use. For the first time in its history, and after years of advocacy by non-governmental organisations, the commission had finally followed science and acknowledged that pesticides were a major driver of the collapse of biodiversity and a risk to health.

The Farm to Fork and the biodiversity strategies establish pesticide-reduction targets, to produce food in a more sustainable way while restoring biodiversity. The commission aims to reduce the overall use and risk of pesticides by 50 per cent by 2030.

Pesticide-reduction targets are not new for many European Union member states. But while politicians claim that pesticide reduction is a priority, overall consumption has not significantly decreased in Europe in the last decade. Some progress has been made in countries such as France or Belgium, with general bans on pesticide use in public spaces or private gardens, but EU agriculture remains highly dependent on agrichemicals.

To transform its objectives into real change, the commission needs to render pesticide-reduction targets mandatory via EU legislation. The revision of the directive on the sustainable use of pesticides (128/2009/EC) is a unique opportunity to do so while putting agriculture on track to move away from pesticides. The 2009 directive had the ambition of gradually reducing the use of pesticides in agriculture and public spaces but member states’ unwillingness to implement it properly led to a standstill and EU agriculture remains the biggest consumer of pesticides worldwide.

European agriculture ministries have remained opposed to any reduction in pesticide use, at the expense of biodiversity and public health. They tend to be monopolised by conservative parties and/or politicians with a strong link to conventional farming. Decades of scaremongering from the industry about life without pesticides have convinced many farmers that they would go bankrupt and many politicians that Europe would go hungry.

Over recent years, science has shown that feeding Europe and the world without pesticides is readily achievable. Indeed the evidence is that pesticide-free farms are more profitable than conventional ones and the cost of pesticides to society is at least twice the profit accruing to pesticide companies. EU farming has embraced an intensive model which has led to the shrinking of the community: farmers’ incomes are falling while industrial farms need to keep expanding to survive in a globalised system.

To actually reduce pesticide use strong measures are required. It is thus very disappointing that a leaked draft proposal from the commission for a new regulation should be so weak. Member states would still be allowed to fix their own pesticide-reduction objectives, which could be well short of the the 50 per cent cut suggested by the commission. And the baseline for the requested efforts is not 2022 but … 2011! The systematic and preventative use of pesticides, where they are easily replaceable, would not be banned, while deadly techniques, such as soil sterilisation with highly toxic fumigants, would still be authorised.

Parts of the proposal would represent significant improvement, such as a ban on pesticides in public spaces and prohibition of agrichemicals in Natura 2000 sites. But it would maintain pesticides at the heart of EU agriculture. The commission admits the directive has been a failure and it is obvious the solution does not lie in the hands of the member states—allowing them to set their own targets is the best way to fail.

The final proposal for a new regulation will be published on March 23rd. Civil society will then need to join forces to make agriculture ministers listen to citizens, rather than the agrochemical lobby.

Meantime, another important discussion has started. To monitor pesticide reduction effectively, reliable statistics are needed. On February 3rd, the commission, the Council of the EU and the European Parliament opened negotiations on the future of agricultural-statistics collection.

The commission proposal for a regulation is here of the utmost importance: there is currently no system in the EU to collect systematically information on the use of pesticides by farmers. Administrations and politicians have no precise idea of the volume administered to various crops.

While the European Parliament backed and even tried to improve on the proposal from the commission, in the council ten member states sought to water it down: Austria, the Czech Republic, Denmark, Germany, Hungary, Ireland, the Netherlands, Poland, Slovenia and Spain all took part in this race to the bottom. The new German government has though stepped back from this position, which might create an opening.

Preventing efficient collection of pesticides statistics is of course a clever way to prevent any monitoring of the evolution of pesticides use—how can an objective be set if it is not measurable? In the coming weeks, the three institutions will try to negotiate a consensus.

Biodiversity is at the heart of agricultural production. Proper pollination increases most fruit and vegetable production, while living soils ensure fertility and resilience against droughts and floods. Beneficial insects eat crop pests and contribute to farmers’ yields.

The crisis of biodiversity is acknowledged by major bodies such as the EU and the United Nations. The cost of inaction will grow over time and political intelligence and courage are needed to reform a model of agriculture from the past, based on chemistry rather than life.

Living and acting with nature is the basis of agroecology. Evidence and science show that feeding the world without synthetic pesticides is a possibility and indeed already a reality in Europe and elsewhere. The agriculture and agrochemical industries have a big influence on decision-makers. But, given the evidence of public opinion, inaction from politicians will only deepen the gap between citizens and decision-makers.

By acting in favour of a healthy and poison-free environment, the decision-makers would definitely send a strong signal to the citizens. Moving towards pesticide-free agriculture is the only way to reconcile it with the demands of the public and biodiversity. 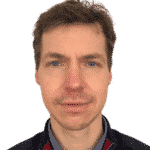 Dr Martin Dermine is the health and environment policy officer at Pesticides Action Network Europe. He is also co-initiator of the Save Bees and Farmers European citizens' initiative.