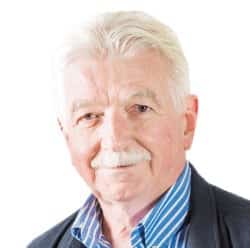 As Oxfam reports that the top 1 per cent of the world’s population now own more than the other 99 per cent, it’s time to think about how those at the top of the economic tree can secure such eye-watering salaries, which they parlay into wealth. Whereas in the past individuals became recognised by their status in the community rather than in cash, and for their philanthropy—such as Carnegie building libraries, or business people supporting the local football team—now driven individuals seek recognition through possessing conspicuous wealth.

This recognition drive is reinforced by remuneration committees, which are the method of setting top salaries recommended in the UK by the Financial Reporting Council. They employ specialist consultants to survey what others are paying, adjust for industry and turnover, and so arrive at a ‘market price’. Any executives earning less than this rate get a rise; anyone earning more is left alone, as their contract locks them in to that salary. Industry rivals see this change, redo their own surveys and the upwards-only merry-go-round progresses.

This, naturally, has led to an increasing disparity between the highest and average earnings. According to the Chartered Institute of Personnel and Development, the UK’s mean average salary ratio in the FTSE top 100 companies was 145:1 (top:mean) in 2018, up from 128:1 the previous year. Indeed, it has tripled since 1998 and risen 15-fold since 1970, when it was much, much lower at around 10:1. As a result, the UK is now reckoned to be second only to the US when it comes to executive pay.

Governments have been unwilling to tax the rich—rather participating in a race to the bottom to attract the super-rich with ever lower tax rates. In the UK, the effective top rate of tax fell from 99.25 per cent in 1939 to 98 per cent until 1974, only dropping below 75 per cent in 1985. The US followed a similar postwar pattern.

The accumulation of private wealth by the rich has been assisted by the increasing weakness of labour in the employment marketplace. This is due to the weakening of trade unions and the growing number of self-employed, who are largely unrepresented.

This trend has even infected the mutual, co-operative and non-profit movement, in parallel with the shrinkage of its market share. The ‘Co-op’ was the UK’s largest grocer in the 1960s—now it’s the fifth and falling. Building societies once almost monopolised UK mortgage lending but, since the relaxation of Bank of England rules on liquidity in the 1980s, their share has dropped to around 25 per cent. Mutual insurers now have only 8.7 per cent of the UK market, as the big names such as the Prudential have been demutualised.

An increasing number of staff and managers in the sector are recruited from outside, rather than home-grown, and so haven’t been steeped in its culture. They may have good commercial skills but they lack understanding of what makes non-profits different and have slowly diluted that culture.

This change has been accompanied by the notion that senior employees need huge salaries to motivate them. Euan Sutherland was paid at a ratio of 330:1 during his ten-month stay as chief executive of the Co‑operative Group, and this didn’t bring much opprobrium down on him or the remuneration committee which agreed it—he was criticised for other things. In the UK we have all got used to high pay.

Meanwhile, different ideas prevail elsewhere. Capping top salaries is already much more popular than is generally recognised. Recent research by Harvard Business School and Chulalongkorn University found that, on average, people around the world think a ratio of 4.6:1 ideal. In November 2014, in one of their periodic referenda, over a third of normally-conservative Swiss voters supported a legally-enforced overall salary cap of 12:1 (top:bottom) for all businesses in the country. The campaign was backed by the Swiss trade-union confederation and other socially-oriented organisations.

Even some management consultants agree with the concept of a salary cap—the late Peter Drucker argued that any CEO-to-worker ratio larger than 20:1 would ‘increase employee resentment and decrease morale’. J Pierpont Morgan, one of the wealthiest men in the world of the early 1900s, also thought this ratio should never exceed 20:1.

The move wasn’t without controversy—among both those who thought his initial remuneration too high and those who saw it pejoratively as socialist wealth redistribution. Price, however, insisted he was not a socialist and that his actions were based on the values he had gained from a strict Christian upbringing.

Another example is the Mondragon Co-operative Corporation in the Spanish Basque country, which operates on a set of principles built into its constitution. The top salary ratio is capped at 6:1, despite—or because of–which it has grown to become the fifth biggest corporation in Spain, operating the third biggest supermarket chain, Eroski. Its policies have helped the Basque country rise from the poorest region of Spain in 1956 to second only to Madrid in 2018, with an annual gross domestic product per capita of €31,776. This compares rather well with poorer parts of the EU—such as Wales’ €21,092 per head.

Wage-equality policies are not only achievable but they bring wider social and economic benefits in their wake. A 12:1 ratio is realisable in the real world right now, starting with the non-profits. If their chief executives can’t budget their own lives to live really, really comfortably on almost €250,000, I’m not sure they should be deemed capable of running any large organisation.

Alex Bird is a freelance co-operative researcher, policy adviser, consultant and business adviser, and a member of the consultancy.coop. He founded and worked in a printing co-operative for 20 years, founded Co-operatives and Mutuals Wales and is a past director of Co-operatives UK.