Sheri Berman warns that, however self-evident the crisis of this neoliberal phase of capitalism may appear, it will not automatically collapse.

Over recent years, the negative consequences of neoliberal capitalism have become impossible to ignore. It contributed to such traumatic events as the 2008 financial crisis as well as such destructive long-term trends as rising inequality, lower growth, increasing monopsony and growing social and geographic divides. Moreover, its impact has not been limited to the economic sphere: these events and trends have negatively influenced western societies and democracies as well. As a result, damning critiques of neoliberal capitalism, by academics, politicians and commentators, have proliferated.

Yet if the aim is not to chip away at the rough edges of neoliberalism, but rather fundamentally to transform it into a more equitable, just and productive system, more than a recognition of its flaws and downsides is necessary. As the old saying goes, ‘you can’t beat something with nothing’.

If we want to understand what it would take to get rid of the neoliberal ideas and policies which have negatively affected western economies, societies and democracies for decades, we need to recall how ideological transformations occur. The rise and fall of economic paradigms or ideologies can be conceptualised as a two-stage process.

In the first stage, dissatisfaction with, or a recognition of the inadequacy of, a dominant ideology grows. These perceived failings create the potential—what political scientists refer to as a ‘political space’—for change. But even when such a space has opened, the question remains of whether another ideology—and, if so, which—will replace the old one. For an existing ideology to collapse, things must progress beyond the stage where it is criticised and attacked, to a second stage where a new, more plausible and attractive ideology rises to replace it.

This process is clearly reflected in the rise of neoliberalism itself.

During the postwar period a social-democratic consensus reigned in western Europe. This rested on a compromise: capitalism was maintained, but it was a very different capitalism from its early 20th-century counterpart. After 1945 west European governments promised to regulate markets and protect citizens from capitalism’s most destabilising and destructive consequences, via a variety of social programmes and public services.

For decades, this order worked remarkably well. In the 30 years or so after the second world war, western Europe experienced its fastest ever economic growth and liberal democracy became the norm across the region for the first time.

Beginning in the 1970s, however this order began running into problems, as a nasty combination of rising inflation, increasing unemployment and slow growth—‘stagflation’—spread across western economies. These problems created the potential, a political opening, for change. But for this to be exploited, a challenger was needed. That challenger, of course, was neoliberalism.

During the postwar decades a neoliberal right had been thinking about what it saw as the downsides of the social-democratic consensus and what should replace it. These neoliberals didn’t gain much traction before the 1970s, since the postwar order was working well and there was accordingly little demand for fundamental change. When problems and discontent emerged, however, the neoliberals were prepared—not only with critiques but with an alternative.

As Milton Friedman, intellectual godfather of this movement, put it, ‘only a crisis – actual or perceived – produces real change. When that crisis occurs, the actions that are taken depend on the ideas that are lying around. That, I believe, is our basic function: to develop alternatives to existing policies, to keep them alive and available until the politically impossible becomes politically inevitable.’ That the left, at the time, was unable to offer distinctive explanations for, or viable solutions to, the problems facing the social-democratic order eased neoliberalism’s triumph.

That triumph was also facilitated and cemented by a purposeful process of ideological diffusion. Neoliberalism’s central precepts became widely accepted within the economics profession, and think tanks and educational programmes helped spread neoliberal ideas across the policy-making, legal and other communities.

So pervasive and effective was this process of diffusion that it swept over parties of the left as well. Stephanie Mudge has shown that by the end of the 20th century the Keynesian economists who dominated economic policy-making within most left parties during the postwar period had been replaced by ‘trans-national finance-oriented economists’ and products of neoliberal think tanks who viewed themselves as interpreters of markets and saw their mission in technocratic, efficiency terms—urging the left to embrace globalisation, deregulation, welfare-state retrenchment and other reforms.

In the years leading up to the 2008 crisis, voices robustly opposed to the reigning neoliberal ideology were few and far between. As Marion Fourcade and Sarah Babb put it, during this period the triumph of neoliberalism ‘as an ideological force’ was complete, ‘in the sense that there “were no alternatives” simply because everybody believed this, and acted upon [neoliberal] beliefs’.

The financial crisis and growing recognition of the negative long-term consequences of neoliberalism have now caused the pendulum to swing back. A broad appreciation that many ideas and policies advocated by neoliberals since the 1970s are responsible for the economic, social and political mess in which the west finds itself has opened a political space for transformation. But for that to occur, the left would need to be ready with an alternative—not just criticisms.

It is entirely possible for growing numbers of people to become aware of problems with an existing order, weakening it perhaps but yet not causing its collapse and replacement. Indeed, such periods have names: interregnums. Historically, interregnums fell between the reign of one monarch and the next; lacking strong, legitimate leaders, such periods were often unstable and violent.

From a contemporary perspective, an interregnum is a period when an old order is crumbling but a new one has not taken its place. Just as in the past, however, such periods tend to be disordered and volatile. Or, as Antonio Gramsci more poetically put it—reflecting from his prison cell in 1930 on how fascism, rather than the left, had been the beneficiary of the crisis of capitalism in Italy—during interregnums ‘a great variety of morbid symptoms appear’.

Whether the many ‘morbid symptoms’—economic, social and political—characterising our current age will be transcended depends on whether the left is able to move beyond attacking neoliberalism. It has to come up with, and then build support for, viable, attractive and distinctive alternatives. 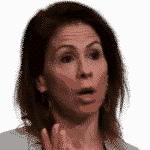