The European Green Deal doesn’t deserve uncritical support—but nor does it need sniping from the sidelines.

All 27 European Union member states have ratified the legislation enabling the €750 billion pandemic recovery programme, Next Generation EU, based on the European Green Deal (EGD), to go ahead. For the first time, the EU is empowered to issue debt worth several hundred billion euro to finance common expenditure, with a specific focus on a green-led, digital recovery. This represents a breakthrough shedding decades of ordoliberal orthodoxy.

Yet there are sections of the left, environmental and social movements, as well as academics, who pour cold water on the EGD. On openDemocracy, Alfons Perez complained that it is ‘not questioning the fundamental structures of our existing economic model’. And the influential Barcelona-based non-governmental organisation ODG protests that NextGenerationEU will be ‘doing more harm than good’.

Its criticism that ‘funds will firstly be spent on modernising conventional sectors’ rather than on ‘investment in public services’ misses the central focus of climate strategy, which requires urgent reductions in carbon-dioxide emissions from the key industries of energy, transport and food. Whatever the merits of replacing capitalism or extending quality social services, the overwhelming priority in arresting climate change and meeting the Paris Agreement goals must be near-term change in our prevailing business sectors.

Yet the EGD has crucial features progressives should be defending. It expresses an innovative policy mix, with new political opportunities for promoting the transformation of unsustainable socio-technical systems, including also buildings. It recognises these transformations have social costs and that workers and communities directly affected need to be protected in a ‘just transition’.

Most importantly, the EGD is part of a wider turn to active government after an era of unremitting neoliberal dogma—a trend reinforced by the pandemic and the turn to Keynesian economics by the new United States administration. Indeed, the label itself, with its 1930s ‘New Deal’ resonance, celebrates public investment for a shared purpose.

Remoteness from these realities is however expressed by three academics from Lund University, who claim that the EGD forecloses democratic channels and does not allow the opening of ‘sites of struggle’, reflecting what they take to be the EU’s embedded neoliberalism and depoliticisation of politics. This displays no recognition of the sharp political struggles that brought about the EGD and Next Generation EU—facing down the ‘frugal four’ governments which wanted to stick to fiscal orthodoxy and avoid the EU assuming common debt.

Of course the EGD has limitations. It is a product of the existing balance of forces within European politics. The welcome marginalisation of climate denialism in Europe—though not among US Republicans—facilitates those large corporations which increasingly see the move to low carbon as crucial to their business prospects and, with the EGD and national recovery plans, scent a big opportunity.

The European Commission has set ambitious targets. The temptation is thus to rely on a ‘mega-projects’ shortcut, in which multinational companies eager to show their newfound commitment to green technologies and electric vehicles promise speedy impact. The critics’ fear of the risks of a greenwash ripoff are not unfounded.

Their proposals to exclude big incumbent companies from EGD funds are however politically unrealistic and oversimplify the messy dynamics of transition. While old-guard business will not lead the net-zero transition, sections are likely to remain part of its architecture. Yet if the EGD were only leveraging a transition of convenience for the corporate incumbents this would be a sadly diminished outcome. Some sort of public-private balance needs to be struck, with speedy roll-out of EV charging points and investment in battery giga-factories, green hydrogen and tidal power all playing a role.

On three issues the critics have substance. First, given the allocation of significant recovery funds, evidence of real environmental benefit is essential and support for sustainable innovation should be combined with policy pressure on the old fossil-fuel system. Secondly, a diverse innovation portfolio must not be overwhelmingly top-down and technocratic but genuinely embrace bottom-up initiatives, including in buildings renovation, multi-mode mobility and agro-ecological food systems. And third—and key to everything—is ensuring the participation of a wide spectrum of innovation actors in the political decisions on the EGD.

Plans should not simply endorse submissions from powerful corporate players: revival of the naivety towards the corporate sector of the ‘third way’ era of Tony Blair is not what Europe needs. We need climate innovation at scale but this can be achieved by a diffuse range of similar (and broadly replicable and innovative) actions, rather than over-concentrated giant projects. And allocation of funds should be devolved to regional and local agencies, not handled by management consultancies.

The EGD’s crucial importance in the campaign to tackle climate change is to open up a huge space for political engagement by regional and city authorities, small and medium-sized businesses, trade unions and civil-society organisations, to present a wider variety of proposals for transformation in towns and neighbourhoods across Europe. Social democrats and others on the left, greens and liberals need to combine to pursue this opportunity.

It is also important to work with those on the centre-right and in business who recognise the planetary dangers posed by climate change. On housing, energy and mobility the EGD and national recovery plans will require broad alliances to collate the expertise to drive change. This would spread new jobs across regions, create resilient local economies and build innovation capacity for the longer term.

There is anxiety that the recovery era will be limited and followed by renewed austerity. But it is too early to judge and a longer-term political realignment remains to be won. The enduring conservatism of the Christian-democrat candidate for the German chancellorship, Armin Laschet, can be contrasted with the recent appearance by the Greek centre-right prime minister, Kyriakos Mitsotakis, with his Spanish socialist counterpart, Pedro Sánchez. Success with the EGD could propel the EU towards a more pronounced break from neoliberalism and greater fiscal integration.

Progressives need to counter purism and defeatism. The Lund academics conclude with a famous quote from Antonio Gramsci, that the old world is dying but the new cannot yet be born. They and others would do better to combine his ‘pessimism of the intelligence’ with his ‘optimism of the will’. 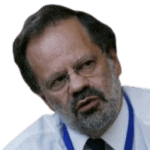 Jon Bloomfield is an honorary research fellow at the University of Birmingham and the author with Fred Steward of 'The politics of the Green New Deal', Political Quarterly, September 2020. Together they run a regular blog on the Green Deal. 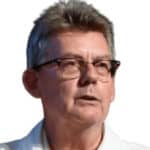 Fred Steward is professor emeritus at the Policy Studies Institute, University of Westminster and a member of the Scientific Committee of the European Environment Agency.