Menstruation clearly makes for a substantial part of life, so why is it still taboo in discussions of work environment and work-life balance?

In 2018, the Swedish organisation MENSEN—forum för menstruation received funding from the Swedish Gender Equality Agency for a one-year project dealing with menstruation from a work perspective. Through the project, which is a pilot in collaboration with a Gothenburg-based workplace, MENSEN is developing a workplace ‘menstrual certification’.

In practice, this means educating employers and employees about menstruation from a physiological and sociological perspective, as well as consulting them on how to create a menstrual-aware work environment. The project has been up and running for only four months and it is already clear that menstrual certification will meet the needs of many workers who menstruate or suffer from menstrual cycle-related issues. 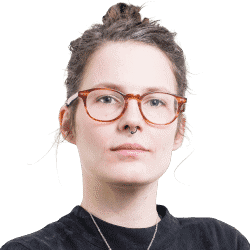 Menstruation is a bodily function surrounded by taboos and stigmas in most countries and contexts. Take ‘period poverty’ in the UK and elsewhere, the injustice of the ‘tampon tax’ (sanitary protections being subject to value-added tax, while other products considered basic necessities are exempted), menstrual-related school absenteeism or even the practice of chhaupadi (isolation of women in menstrual huts) in western Nepal.  Indeed academics have argued that menstruation is a hidden stigma, as there is a communication taboo, resulting in menstruation mostly being unheard in conversation and menstruators taking measures to conceal their bleeding physically. 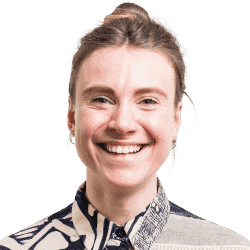 This has a long history. Already in the days of Plinius the elder (23-79), menstruating women were described as a danger to their environment—an idea which became embedded in encyclopaedias and widely spread, in various forms, across the centuries. At the beginning of the 18th century, menstruation, and the notion that women were slaves of their hormones and hence unreliable, was used as an excuse to keep women out of the labour market. Despite many impediments hindering menstruating women and trans people from being part of the workforce now having been solved, misogynist rhetoric remains today.

MENSEN recently conducted an online survey, which showed that in the Swedish job market menstruators and those suffering from menstrual-cycle-related issues were still affected by stigmas, taboos and adverse norms in various ways. Among the 800 respondents, fully 96.3 per cent said they currently or previously experienced issues related to their menstruation and 57.5 per cent admitted their menstrual cycle affected their work—42.8 per cent correspondingly wished their work could be adapted to their cycle.

Nevertheless, few workplaces are adapted to the needs of menstruators. Only 25.4 per cent of respondents said they were able to rest when necessary during a regular workday. Among workers whose physical workplace varies, such as bus drivers or people working outdoors, limited access to toilets is a big obstacle during days of bleeding.

Even when toilets are in place, employees do not always have access to them, because of a heavy workload or inadequate staffing. The same applies to the possibility of having a short rest during the working day. This is directly affecting individuals, who might have to take a day off and experience a loss of income, with knock-on effects on the effectiveness of the organisation.

The survey and interviews conducted at the pilot workplace raise questions not only about physical and organisational arrangements but also the social climate at work. Employees report being discredited by managers when suffering from menstrual pains and experiencing condescending jokes about PMDD (a more severe version of pre-menstrual syndrome). In workplaces mainly consisting of male co-workers, without experience of menstruation, it is evidently difficult for menstruators to discuss their situation—because of the gender composition of the workplace and internalised feelings of shame among the menstruators themselves.

There is a need for a holistic take on the issue and for experienced-based solutions. Knowledge is power and part of the solution lies in providing menstrual knowledge to workplaces. Menstruation is a regular bodily function, not a disease.

Yet, in many cases it does result in symptoms such as reduced wellbeing, cramps or heavy bleeding. Among menstruators, lack of knowledge could result in not taking oneself seriously and not seeking help or treatment from employers or health services when needed. With menstrual awareness, managers and co-workers will more likely be understanding towards menstrual-related work absence.

Moreover, as is apparent at the pilot partner workplace, scheduling work tasks in relation to the menstrual cycle could result in high work attendance and productivity despite menstrual-related issues, as the work environment for the specific menstruator is improved. Management must make sure that everyone is on board with this idea and realises that menstruation does not affect a person’s competence.

The menstrual-certification concept is not necessarily a call for European, or even nationwide, menstrual policies to meet the needs of menstruating women and trans people within the workforce. Every workplace is different and so are the solutions. In Sweden, labour legislation regulates workers’ right to paid sick leave—which could be used for menstrual-related matters—and the Work Environment Act makes employers primarily responsibility for the work environment. Employers also have the obligation to work proactively against discrimination. Here, menstruation could be read as one dimension, among many others, for employers to consider, just as with prejudices against pregnancy.

Yet, even though the legislative framework is conducive, menstruation is seldom taken into consideration by employers day to day. Referring back to the hidden stigma of menstruation and the communication taboo, information seems to be key.

At this stage, the project is workplace-focused. With menstrual certification, MENSEN strives to cast light on menstruation as one dimension, among many others, of the physical, organisational and social environment of the workplace. With knowledge, individual employers will be able to create a menstrual-aware workplace.

Zooming out, politicians and trade unions are invited to participate in the discussion. Menstrual awareness should be implemented within collective agreements and any other documentation related to workers’ rights. But there is no single solution applicable to all contexts. All menstruators are different, and so are workplaces around Europe and elsewhere. MENSEN is not arguing for a general menstrual-leave policy, as seen in some countries.

Rather, we believe that a more beneficial and complex solution is to make explicit menstruation as a work-related topic. It has to be spelt out—in daily speech as well as textually in legislation and labour-rights agreements—and when this is done it must be based on the fact that menstruation is a bodily function affecting different people in different ways. Whereas some workplaces might end up with a local menstrual policy—as has been implemented with great results at the English organisation CoExist—for others the best way forward will be to add menstruators’ perspectives into their current procedures around work environment and discrimination.

The most important lesson learned is that it is time to bring menstrual awareness to workplaces. We are all stakeholders of that change.