When it comes to responsibility for global greenhouse-gas emissions, some are more equal than others. 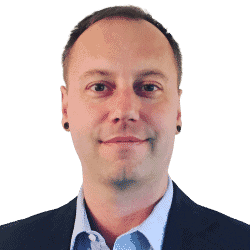 The American congresswoman Alexandria Ocasio-Cortez recently shook up environmental politics by releasing a broad outline of a Green New Deal—a plan to make the US a carbon-neutral economy in the next ten years, while reducing both poverty and inequality. Lauded by many as a radical and necessary step, President Trump responded in typical style, tweeting: ‘I think it is very important for the Democrats to press forward with their Green New Deal. It would be great for the so-called “Carbon Footprint” to permanently eliminate all Planes, Cars, Cows, Oil, Gas & the Military—even if no other country would do the same. Brilliant!’

The Green New Deal doesn’t directly call for people to consume less meat. But the argument that solving climate change means changing our diets is widespread, and Ocasio-Cortez herself has made the link.

Yet Trump’s tweet was actually on the money in more ways than one. Environmental measures, and solutions to climate change, often appear (or are talked about) as programmes of austerity. To reduce ‘our’ impact ‘we’ need to consume less: eat less meat, walk and not drive, fly less, buy less fast fashion and so on.

From personal carbon footprint calculators to articles outlining how many earths we need to sustain the consumption of the average citizen of the UK, Europe or the US, consumption is identified as the problem. Reduce consumption, runs the argument, and you solve climate change. But is ‘our’ consumption really the problem? Who are ‘we’ anyway?

This point has been made before, but bears repeating. Most of the world’s population produces very little in the way of either carbon emissions or broader environmental impacts. We can go further here by also looking at imported carbon emissions—that is, the emissions that come from the production of goods and services in countries such as China that are then consumed in the wealthy countries of the global north. If we include imported emissions, the UK’s overall emissions have only marginally decreased since 1990.

Who are the richest 10 per cent? The figure is not about nations but people—the 770 million or so people who make up the richest tenth of the world’s population. The disparity is even more startling when we look at the differences between the ultra-rich and the bottom 50 per cent at a global level, where a typical ultra-rich individual produces 35 times the carbon emissions of someone in the bottom half, and 175 times the amount of someone in the poorest 10 per cent. This cohort of ultra-consumers are not spread evenly around the globe. Some 40 per cent live in the US, around 20 per cent live in the EU and 10 per cent in China.

Focusing on the richest 10 per cent is a useful way of looking at things as carbon emissions aren’t only globally uneven—they are also uneven within national borders.

Figure 2: per capita lifestyle consumption emissions in G20 countries for which data are available

The key detail here is the massive disparity in most wealthy countries between the emissions of rich and poor households. In both the US and the UK, the richest 10 per cent produce at least five times the emissions of the poorest 50 per cent. And this is just their consumption emissions (and doesn’t include those emissions produced by the people who work for them—their cleaners, drivers and so on—which would further expand their impacts).

We could further compound these figures by looking at the imbalance between genders, where men tend to produce more carbon emissions than women, or racial inequality that extends even to emissions, with white people producing more than everyone else.

But that’s not all. While it’s relatively simple to account for the vast initial disparity—being rich after all is about having more money, more stuff, bigger super-yachts and houses—this fails to account for the entirety of the disparity. Being wealthy gives you more political influence. It means funding political parties and campaigns, having access to law makers and lobbyists. And it means control over major corporations, and thus power over the businesses and industries which produce most of the carbon emissions.

A problem of choice?

The problem with stories of over-consumption isn’t just that consumption is far from even: the problem is that consumption is often made out to be a matter of choice. Discretionary income—the portion of your money left over after paying for everything you need—increases the richer you get. For most people, there just isn’t much left over once you’ve paid for the things you need. And if we then include those so-called discretionary items that really aren’t anything of the sort—mobile phones, for instance—then most people really don’t ‘choose’ to consume in any meaningful way. More than this, what they can choose from is largely determined by large transnational corporations, which are often controlled by the same ultra-wealthy people whose consumption is disproportionately the problem.

Given the problem is overwhelmingly, dare I say it, rich white men, we don’t do ourselves any favours by assigning blame to whole populations—be it humanity, Americans, or even the whole global north. Thinking this way makes it harder to identify the actual source of the problem and formulate solutions to it. That is to say, rather than signing on for yet another call for meat-free Mondays and giving up meat, we’d be better off ‘eating the rich’.