The envisaged directive on minimum wages has become one of the most important—and hotly debated—legislative proposals during this mandate for the European Parliament.

It is especially contentious from the standpoint of Swedish and Danish labour-market models, since these rest on the principle that wages are set between autonomous social partners without political interference. Trade unions and employers in these two countries have identified the directive as a concrete, and unacceptable, threat to this principle.

These labour-market models are characterised by high collective-bargaining coverage (above 70 per cent), high wages and high rates of membership of employer organisations and trade unions. Were the directive to be introduced as it stands, it would risk undermining two well-functioning systems, while providing little or no added value for Swedish and Danish workers. There is a strong case for finding a solution to their concerns.

That solution lies in including a ‘social partners option’ in the directive. This would allow member states not to transpose it if they fulfil three core criteria:

Together, these criteria target Sweden and Denmark and avoid spilling over into those member states where trade unions see a positive potential in the directive. The solution also empowers Swedish and Danish trade unions to demand transposition, should their national labour-market model fail over time to fulfil the goal of ensuring decent wages.

Differentiations such as this are commonplace in European Union legislation. They often serve a clear purpose—allowing for faster, purpose-oriented integration in a union of 27 different member states while providing a natural cushioning effect to the goal of an ever-closer union.

Differentiation is not about Europe à la carte or rejecting common goals. It is about finding smart ways to achieve a common goal—in this case decent wages throughout.

Differentiations have found favour when the object of regulation is missing in a member state. This object can be geographical, such as landlocked countries lacking coastal waters (directive 2014/89/EU on maritime spatial planning).

It can also be politically created, such as rail systems ((EU) 2016/798 on railway safety), inland waterways ((EU) 2016/1629 on inland-waterway vessels), offshore oil and gas operations (2013/30/EU on their safety), certain ports (2005/65/EC on their security) or interconnected electricity and natural gas systems ((EU) 2019/944 and 2009/73/EC on common rules). In Sweden and Denmark, there is no system of direct political interference in wage-setting through statutory minimum wages or for declaring collective agreements generally binding or political structures with an equivalent effect.

In addition, linking conditionality to the approval of the social partners is acknowledged practice in secondary legislation, as well as aligning nicely with obligations set out in article 152 of the Treaty on the Functioning of the European Union. Such options can be tied to a collective agreement (2003/88/EC) or, as is the case with the social partners option, to the implementation of a directive (2002/44/EC and 2003/10/EC).

These examples show that the proposal—which I have tabled in the European Parliament with Swedish and Danish colleagues—is well within the European legislative tradition.

It seeks to strengthen support for the directive, both in the political sense and, perhaps most importantly, among the workers it is intended to help. Nothing would be more damaging to the idea of a social Europe than a directive which prioritised form over outcome. The associated risks can already be seen in Sweden and Denmark, where the proposal from the European Commission quickly became a catalyst for calling membership of the EU into question.

The proposal for a social partners option, targeting the Swedish and Danish labour-market models, has the potential to protect well-functioning collective bargaining models and unblock the negotiations, as well as strengthening the fight against social dumping. The solution has strong support in the European legislative tradition and the treaties. All progressive voices in Brussels should get behind it. 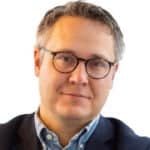