Recent headlines make it seem an inauspicious moment for a progressive transatlantic political alliance—yet this couldn’t be more urgent.

We are not often confronted with landmark events immediately recognisable as demarcations of new historical eras or changes in political paradigms. When such an event does take place—such as the ‘9/11’ attacks two decades ago—it is usually only with hindsight that the meaning and consequences of the occasion and the decisions set in train can really begin to be understood. Yet while historians can engage in such retrospective analysis at leisure, events demand immediate action from politicians and policy-makers.

We are in the middle of a global pandemic, while simultaneously reckoning with the consequences of the Afghanistan withdrawal, democratic backsliding, continuing technological transformation and all the while the existential threat of climate change. This is no single episode on a single day but it is evidently a moment of historical and political change. Just as the ‘we are all Americans now’ solidarity of the transatlantic community in reaction to 9/11 hinted at the potential for a new political relationship at the turn of the 21st century—before being displaced by the unilateral unleashing of the ‘war on terror’—this moment demands a new, transatlantic, progressive political alliance.

Such calls are not new: since the end of the cold war with the collapse of the Berlin wall, the purpose and future of the North Atlantic Treaty Organization and the transatlantic relationship—sometimes incorrectly treated as synonyms—have been endlessly debated. But there is a new urgency, due to the many challenges we face as well as election cycles and institutional stresses on both sides of the Atlantic. This is not only the case in foreign policy and multilateral institutions but in domestic policy too—in as far as these can any longer be separated.

Indeed, the complex interrelationship between foreign and domestic policy is widely observed on a superficial level—how it influences campaigns and voters. Election promises have in turn led to complicated and messy outcomes as they run up against the realities of policy-making and legislative compromise. This is evident from the Afghanistan debacle and Covid-19 crisis management to disturbing democratic backsliding, such as in the scarring effects of the Donald Trump presidency in the United States or the executive-manipulated implementation of ‘Brexit’ in the United Kingdom.

Collapsing trust, whether in institutions such as the European Union or more fundamentally in democracy as a system of government, arguably has something to do with a failure to be honest about values and realistic about goals. This doubt in the fundamentals of our political organisation—the fruits of the combined effect of clouded outcomes and perceived betrayal, ‘forever’ wars, social breakdown, technological transformation, austerity policies for some and corporate bailouts for others—should be reason enough to stop and re-evaluate, on both sides, what the transatlantic relationship can and should be.

A new transatlantic alliance will require honest recommitment to fundamentals but also a willingness to try new and creative solutions for shared challenges. This means letting go of 20th-century assumptions and instead asking what is important, what is relevant and what is to be shared to strengthen our democracies at home and our alliance together from the third decade of the 21st century on. Familiar paradigms and narratives were products of their own time and we are required to define for ourselves what our visions and goals will be.

The need for this, and its appeal, should be apparent not only to political progressives but also small-c conservatives. The latter might not agree on discrete policy proposals but they ought to be equally committed to democratic institutions and liberties in the face of rising authoritarianism around the world—and at home.

The US, the EU and individual European states have undergone profound stress tests since the 2008 financial crisis. Right-wing populism is a threat to pluralistic liberal democracy but so too is the failure of inclusion and integration of all members of society. These dangers are different but what they have in common is a denial or corruption of the promise of democratic governance and life. Democratic renewal at home will need to be part of a new transatlantic political alliance.

Some ideas for more specific policy solutions to shared challenges have already been presented, from new environmental and labour standards to corporate tax reform. Now is the time for amplification and serious consideration of new ideas as the creeping feeling grows that the global status quo—political, economic and environmental—is not merely unsustainable but highly dangerous.

Ultimately, this alliance will depend on the interlocutors: agents matter, as well as structures. And it is not merely the who—the elected leaders, political appointees, civil servants, trade unions and business interests and the wider civil society—but also the how. Are we going to be good-faith actors—self-reflective and critical when necessary, trusting in each other when the challenges might make it seem easier to go it alone? Or will we allow our compound crises to poison attitudes, fostering only tribalism and cynicism?

Our moment is too overdetermined and our world too interconnected to consign the transatlantic alliance and our relationship with each other to history. On the contrary—it’s time to act upon it, now.

This concludes our series on the transatlantic relationship, supported by the Friedrich Ebert Stiftung 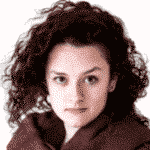 Lauren Schwartz is programme and communications officer at the Friedrich Ebert Stiftung office in Washington DC. She has a masters in German and European Studies from Georgetown University.