Several negative effects need to be addressed in the current negotiations on the directive, in the Swedish trade union view.

The proposed European Union directive on minimum wages has met strong criticism in Scandinavia. But up to now the debate has lacked specific instances of what statutory minimum wages would mean for the Swedish labour market.

A key feature of the Swedish industrial-relations system is that unions and employers regulate most aspects of the labour market through collective agreements. The Swedish—or rather Nordic—model has repeatedly shown its vitality, solving difficult problems and contributing to high employment and wage growth, while largely avoiding government intervention. This model is threatened by the envisaged EU minimum-wage legislation.

It has been claimed that Sweden would be unaffected, as article 1 of the commission’s proposal says: ‘Nothing in this Directive shall be construed as imposing an obligation on the Member States where wage setting is ensured exclusively via collective agreements to introduce a statutory minimum wage nor to make the collective agreements universally applicable.’ As we show in a new Arena Idé report, however, wages are not set solely through collective agreements—not even in Sweden.

One in ten employees are found in workplaces without a collective agreement and in the private sector the proportion is 15 per cent. Moreover, according to the National Mediation Office, around 400 of the approximately 690 collective agreements on wages do not contain specified minimum wages. Taken together, this means little over half (53 per cent) of all employees in Sweden are covered by minimum-wage provisions.

It is difficult to reconcile that with this statement by the commission president, Ursula von der Leyen: ‘Everyone must have access to minimum wages either through collective agreements or through statutory minimum wages.’ Ultimately, the question of whether the EU’s ‘guarantee’ of exemption for countries such as Sweden is worth anything would be settled by the European Court of Justice. Of course, the ECJ’s balancing of different interests is not done in a vacuum but is influenced by social norms and values, whose evolution is impossible to predict.

If Sweden were to be forced to legislate on minimum wages, these would probably end up far below those in current collective agreements. The commission has suggested that the minimum wage be at least 60 per cent of the median in each country. In Sweden and elsewhere, collectively agreed wages have acted as benchmarks for wages in companies which do not have collective agreements. But if a statutory minimum wage were set at a substantially lower level, this would serve as the benchmark instead.

With a minimum-wage act based on a directive, Sweden would acquire a dual set of minimum wages: one collectively agreed and one set down in law. The potential consequences are difficult to assess but we can see at least five evident risks.

A minimum wage sanctioned by the EU and the Swedish parliament might be viewed as legitimate for employers aiming to lower their labour costs. This would not only lead to increased wage inequality but also distort competition between companies applying collectively bargained and statutory minimum wages. In public procurement, for example, the lowest price usually wins.

There is also a risk that more companies than today would consider not signing substitute agreements or joining an employer association. Such a development might deal a fatal blow to the Swedish industrial-relations model, being based on high affiliation among unions and employers.

Thirdly, a statutory minimum wage below collectively bargained levels might contribute to the emergence of ‘yellow’ or ‘company’ unions (representing the interests of the employer, rather than the employees), amenable to signing collective agreements at the statutory minimum rate. Since 2019, Swedish unions cannot resort to industrial action if a collective agreement has been signed—even if by a yellow union. An EU directive admixed with this weakened union influence could comprise a toxic cocktail for the Swedish model.

This could be circumvented by state extension of central collective agreements, meaning that they are converted into law. But this would be anathema to the Swedish model, with largely self-regulating social partners, voluntary agreements and very limited state intervention. It might also create a further risk—jeopardising member recruitment and so Sweden’s traditional high union density. For that very reason, in 1934 the Swedish Trade Union Confederation (LO) opposed the offer by Gustav Möller, then minister of social affairs, of mandatory collective agreements. France has a statutory minimum wage and state extension of collective agreements—and fewer than one in ten employees are union members.

As mentioned, the ECJ has final say on whether a directive is applicable to Sweden or not. And for Swedish unions, the antecedents of the court’s decisions are cautionary. In the 2007 Laval case, mobility of labour was prioritised above the fundamental EU principles of subsidiarity and non-discrimination. National affiliation became decisive in wage-setting and Sweden was forced to amend the rules on industrial disputes. This shows how an EU intervention can set in train an unpredictable process, with unintended and undesirable results.

An EU-adopted scheme, which in practice entails parallel systems for minimum wages, might trigger precisely such an unforeseeable chain of events, with adverse consequences for Nordic labour-market models in general. It would be unfortunate if in this way the commission were to undermine the very collective-bargaining systems it has held up as exemplary for wage formation. 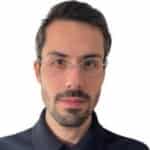 German Bender is chief analyst at the Stockholm-based think tank Arena Idé and a PhD student at the Stockholm School of Economics, specialising in industrial relations, wage formation and the influence of social partners on algorithms. 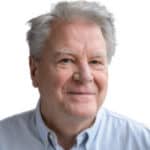 Anders Kjellberg is a professor of sociology at Lund University and a member of the international advisory panel for the European Journal of Industrial Relations.