The European Parliament has upped the ante, beyond a European Commission proposal, on a minimum-wages directive.

On November 11th, the European Parliament’s Employment and Social Affairs Committee (EMPL) adopted a report on the European Commission’s proposal for a directive on adequate minimum wages. Although the proposal met had much criticism across the political spectrum, the co-rapporteurs, Agnes Jongerius (Socialists and Democrats) and Dennis Radtke (European People’s Party), successfully crafted a robust compromise, which found a large majority—of 37 votes to ten (with seven abstentions)—in the committee.

On November 25th, the European Parliament plenary confirmed the mandate to enter into ‘trilogue’ negotiations with the commission and the council, on the basis of the report. Again, there was a large majority, of 443 votes to 192 (58 abstentions).

The commission’s proposal on adequate minimum wages—arguably the most important current political initiative for a more social Europe—aims to strengthen collective bargaining and statutory minimum wages in the European Union. It has however been widely criticised, as vague and non-binding.

The report adopted by the EMPL committee is much more ambitious. First, by endorsing more concrete and far-reaching measures to strengthen collective bargaining, the report underlines the fact that collective agreements are the best way to reduce in-work poverty and ensure good working conditions. The proposed measures include:

This last would also seek to prevent any undermining of unions’ capacity to act, such as by denying access to workplaces for organising, or any discrimination related to the exercise of the rights to union membership and collective bargaining. To strengthen collective bargaining, it is not enough to put in place a supportive institutional framework—it is also necessary to ensure bargaining security for unions operating inside this framework.

One policy domain in which to promote collective bargaining is public procurement. Here the committee’s report demands clear rules to ensure public money will only be awarded to those economic actors which pay adequate minimum wages, are covered by a collective agreement and recognise the right of workers to organise. These rules should also apply to subcontractors.

Furthermore, the report emphasises the broader social objectives of minimum wages in contributing to social convergence, reducing wage inequality and combating in-work poverty. To achieve these objectives, it would strengthen and reformulate the criteria member states must take into account when setting statutory minimum wages.

First, it would move the ‘threshold of decency’—the reference values of 60 per cent of the gross median wage and 50 per cent of the gross average wage—from the recitals (preamble) to the actual text of the law. Although the threshold would still not be legally binding, the report strongly suggests that member states should use these indicators, widely recognised internationally.

Using these indicators, however, may not ensure that minimum wages permit a decent standard of living, since they depend on the national wage distribution. In Portugal, for instance, the minimum wage was 65 per cent of the median in 2020, according to the Organisation for Economic Co-operation and Development. Yet it is widely regarded as much too low to provide a decent living standard.

Therefore, the report includes a further requirement for assessing the adequacy of minimum wages: member states should take into account the cost of living, based on a basket of goods and services. This essentially introduces a real-life test as to whether minimum wages set in line with the international double reference value are really sufficient to secure a living wage.

According to the committee, all workers should have the right to a fair and adequate minimum wage with no exception. Consequently, it demands that all variations and deductions for particular groups of workers—currently part of many national minimum-wage regulations in the EU—be proscribed in the commission’s proposed directive.

In comparison with the original commission proposal, the EMPL report marks a clear improvement: its goals are more ambitious, the proposed measures more concrete. The confirmation by the plenary of the European Parliament has strengthened the negotiation mandate.

This is particularly important because discussion in the Council of the EU has so far gone in the opposite direction—due to strong resistance from an unholy alliance of national governments, including neoliberals in Austria and the Netherlands, right-wing populists in Poland and Hungary, and social democrats in Denmark and Sweden. The compromise paper presented by the Slovenian presidency contains a much more vague and less binding proposal. It is expected to be confirmed at the meeting of the Employment and Social Policy Council (EPSCO) in early December.

With its positive vote, backed by a large majority, the European Parliament has a strong position to enter trilogue negotiations with the commission and the council, which may start in the first half of 2022 under the French presidency. The latter has already announced its strong support for the directive.

The same holds true for the new German government. Its just-published coalition agreement explicitly endorses the commission’s initiative for adequate minimum wages and asks for a more binding regulation.

So there is a reasonable chance we shall end up with a directive that has a real impact and improves wages for millions of European workers. 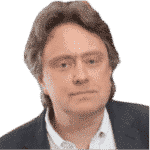