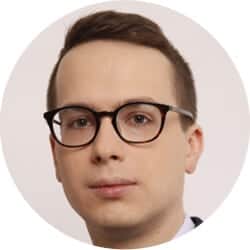 Will the period of postings be shortened from 24 months to 12 (with a potential 6-month extension) as proposed last week by the negotiators on behalf of the European Parliament, the Council and Commission? The current talks between European Parliament and EU Council on amendments to the Posted Workers Directive may well be concluded during the current Bulgarian Presidency. The Employment, Social Policy, Health and Consumer Affairs Council (EPSCO) is scheduled to hold its next meeting on March 15, followed by two further informal meetings in April. This is when key decisions on the future rules for the posting of workers are expected to be taken.

In a previous debate on Directive 96/71/EC, the mistake was made of combining social dumping and related issues with the legal posting of workers. This is protected by EU legislation and is designed to increase secure labour mobility while reducing employment in the informal economy. There is absolutely no reason why posting should lead to precariously low pay. The cost of legal posting is comparable to that of using locally recruited labour. It is not posting itself but abuses of the posting system that should be eradicated.

Hence, national and European legislation needs to be modified to better combat the abusers who exploit the posting mechanism to cut costs or offer employees a posting on terms considerably inferior to those envisioned in Directive 96/71/EC. The abuses include having workers sign contracts in a foreign language, forcing them to bear travel costs, making them work without appropriate documents, in conditions that breach labour law, below the minimum wage, with no holiday leave or health insurance, and opportunistically applying business travel laws instead of the provisions of Posted Workers Directive so as to generate maximum profit. Therefore, EU member states need to eradicate these perversions that plague the European labour market: some, including France, have yet to develop appropriate instruments to fight irregular work; others, such as Poland, lack adequate national legislation to protect posted workers.

As the debate on amending the directive draws to a close, it is crucial to note the wider context and the need for uniform EU-wide improvements. France, which is aware of the need for such convergence, as are other southern Eurozone states, certainly should not oppose mechanisms that are expressly designed to alleviate macroeconomic imbalances. For several decades, EU national economies have witnessed a convergence facilitated by the rules on mobility and especially the free movement of people, services, goods and capital. Respect for each of the four freedoms forms the foundation on which European integration rests. It boosts EU-wide competitiveness and economic development in both the South and the North. As it defends the inseparability of the four freedoms in the Brexit negotiations to the hilt, the EU should beware of any attempts to erode them, as may happen with “amending” the Posted Workers Directive. After all, the Union’s very purpose has been to tear down barriers in the single market.

Since Emmanuel Macron promotes convergence within the EU, why should efforts to achieve this be thwarted for, say, Poland and Bulgaria, where the posting and mobility of labour is a key convergence instrument. Admittedly, a free European internal market that favours convergence can be a challenge for national economies in various areas. Businesses and individuals from the EU’s eastern member states wish to bring affordable quality services to the West. Conversely, French and German companies enjoy the freedom to operate in Poland, Bulgaria and Latvia, where their technological and capital advantages allow them to profit from the sales of sophisticated products and from cheaper labour. Should one restrict the free flow of capital just because French and German companies continue to have the upper hand over their Czech, Romanian or Estonian counterparts? Western investors currently own more than a half of all enterprises operating in Poland, the Czech Republic, Hungary and Slovakia. As noted by Thomas Piketty, the profits and revenues derived from these countries in 2010-2016 far exceeded the funding the countries receive from the EU budget. And yet, in none of these countries do politicians ever call for the adoption of protectionist measures that would be at odds with the four pillars of the EU’s internal market.

Protectionism will not build a Social Europe

Paradoxically, the coming to power of Macron, a staunch advocate of EU political integration, has confronted the member states with the false choice between either an open pan-EU market or protectionism under the guise of fighting to improve social standards. When debating the subject, one should note that efforts to restrict freedom within the common market and to avert convergence are in fact anti-social.

The option of temporary work overseas fuels change in the cities and regions from which mobile Europeans originate. Local entrepreneurs are spurred to adapt to new and superior work standards and raise wages. The real wage increases projected by the European Commission indicate that convergence is under way: the most significant wage increases this year are expected to take place in the eastern member states, including Romania (3.9%), Latvia (3.7%), Lithuania (3.5%), Bulgaria (3.5%) and Slovakia (3.3%). Notably, restrictions on the free movement of services create barriers to the development of the countries that today frequently play host to posted workers. This makes it harder for the Union to compete against other global players such as the US and China.

The significance of free movement for the EU economy can well be illustrated by examining individual member states. Wages and prices in France (see here), Germany, Spain and Poland vary considerably among their individual regions. And yet the free movement of services within each of these countries remains unrestricted. Their companies compete on both service quality and price (whilst abiding by minimum wage laws). Any laws making wages rigid in the Paris, Lyon or Marseilles regions would stunt the growth of businesses in the neighbouring departments that also rely on labour costs to make their quality services more competitive. Limits on mobility would raise manufacturing costs in regions that previously attracted workers from other parts of France, making it harder for companies from such regions to compete nationwide, across Europe and even worldwide. Therefore, rigid wage systems would cause double harm inhibiting development in poorer and weaker regions, and, ultimately, weakening the entire French economy.

The equal pay principles adopted allegedly to protect local entrepreneurs turn out to be mere populist gimmicks devoid of real value, not even for those they were said to favour. The same is true EU-wide: convergence cannot be mandated by law. It is achieved primarily by supporting the free market and the free movement of persons, services, goods and capital. The numerous politicians who today demand “more Europe” should first keep it from regressing, as it would were it to become protectionist internally and use the four pillars of integration only selectively.

It should be made clear that economic growth in Europe can be achieved without lowering social standards. As the debate on posted workers continues, one can certainly remedy any labour market distortions while adopting a community-wide approach to social policies with a view to eliminating macro-structural differences across the Union. The effort to build Social Europe can then become a positive-sum game in which convergence benefits all.