A comprehensive atlas of abortion policies across Europe shows that women’s experience ‘largely depends on their postcode’.

Women and girls in almost a third of European countries have problems gaining access to abortion care and some are even forced to continue pregnancies against their will, the European Abortion Policies Atlas revealed this week on International Safe Abortion Day.

‘It is startling how governments are cynically manipulating [the law] to prevent women’s access to abortion,’ said Caroline Hickson, regional director of the International Planned Parenthood Federation European Network (IPPF EN), co-author of the atlas with the European Parliamentary Forum for Sexual and Reproductive Rights (EPF).

The atlas, the first in-depth analysis of abortion policies across Europe, scores 52 countries and territories according to their legal frameworks on access to safe abortion care. It marks 38 of them between ‘medium’ and ‘exceptionally poor’.

Reality on the ground

In June, the European Parliament adopted an ‘historic’ report calling on EU countries to ensure that women have universal access to safe and legal abortion. But the reality on the ground is very different.

Neil Datta, secretary of the EPF, said the abortion situation across Europe was still ‘mixed’. He said: ‘While international media have recently rightly focused on Texas and the broader US in terms of restricted abortion access, the situation in Europe also deserves specific attention.’

The atlas shows that the national health systems in 21 countries treat abortion like any other medical service but 14 countries still regulate abortion through their penal code, which stigmatises the procedure. The EPF and IPPF EN have called on governments urgently to modernise their abortion laws, ensure that abortion care is covered by their national health system, remove unnecessary obstacles and provide accurate information about abortion care.

‘The backlash against advancing women’s rights is very strong,’ said the Dutch MEP Sophie in ‘t Veld, who described the report’s findings as ‘alarming’. Recent research released by the EPF shows that since 2009 more than $700 million has been spent in Europe on ‘anti-gender’ activities against sexual and reproductive rights—with more than half (about $430 million) coming from European sources, overshadowing $180 million from Russia and $80 million from the US.

The atlas reveals that legislation on abortion throughout the region is a ‘diverse legislative and administrative patchwork’, the result being that women’s experience of abortion care ‘largely depends upon their postcode’. Although some states are making advances in reproductive freedom—such as San Marino, which this week voted to legalise abortion care in a groundbreaking referendum after a 20-year fight—other countries are constantly backsliding, such as Poland.

According to the atlas, 32 countries do not include abortion within their national health system’s financial coverage. This penalises all women and girls, but specifically the vulnerable—such as those on low incomes, inhabitants of rural areas, Roma, sex workers and undocumented migrants. Nineteen countries force women to endure medically unnecessary requirements before they can gain access to abortion (such as compulsory and sometimes biased counselling and forced waiting periods).

A safe, voluntary termination should not be treated as a crime. And yet 16 countries regulate abortion primarily through their criminal and/or penal code. Also 26 countries allow health workers to deny care on the basis of their personal beliefs, thus potentially placing women in serious danger, while 18 countries fail to provide clear and accurate information about abortion.

This first appeared on openDemocracy 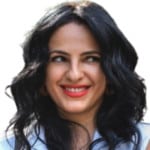 Tatev Hovhannisyan is Eurasia investigations fellow with OpenDemocracy. Previously she was an editor at the Mediamax news agency and CivilNet TV in Armenia. She has also contributed to the Guardian, Mother Jones, BBC Russia, Voice of America and Radio Free Europe / Radio Liberty.