Right-wing, conservative and nationalist magazines were the primary beneficiaries of funds recently allocated by the country’s Ministry of Culture.

Public financing is contributing to the rise of the far right in Poland. In May 2021 the country’s Ministry of Culture, National Heritage and Sports announced the results of a competition for funding cultural and scientific periodicals. More magazines with a right-wing, conservative, nationalist or Catholic stance receiving funds than left-wing or liberal-oriented ones. One of the beneficiaries is Poland’s National Social Institute, which publishes ‘National Politics’ (Polityka Narodowa), described by Press magazine as ‘a quarterly journal of nationalists associated with the National Movement and All-Polish Youth’.

The National Social Institute also received funds from the Civic Organisation Development Programme, organized by another public institution, the National Freedom Institute—Centre for Civil Society Development. The latter presents itself as the first executive agency in the history of Poland responsible for supporting civil society, public benefit activities and volunteering, and is dedicated to supporting non-governmental organisations, civic media, think-thanks and watchdog organizations in the realisation of their aims and development strategies.

Catholics and nationalists were among the beneficiaries of the programme, with financial support provided to various institutions affiliated with the Catholic Church and foundations focusing on patriotic education, promoting Polish values or a right-wing narrative of Polish history.

Organisations connected with the Independence Day marches received additional funds from another programme, the Patriotic Fund, co-ordinated by another public institution established by the Ministry of Culture and Sports, the Institute for Legacy of Polish National Thought, announced in June 2021. The March of Independence and the National Guard, as well as All-Polish Youth, collectively received more than three million złoty from the Patriotic Fund.

A relatively new foundation, Education for Values (Edukacja do Wartości), established by the presidents of the ultra-conservative legal group Ordo Iuris, also received public funding. Ordo Iuris is an important, professionalised and influential actor within the illiberal segments of Polish civil society. It is known for its involvement in a campaign against the Istanbul convention and, according to the European Humanist Federation, ‘opposes abortion in all cases, same-sex marriage and civil partnerships and sexual education’.

In 2016, Ordo Iuris drafted the anti-abortion bill that was submitted by the Stop Abortion coalition as a citizens’ initiative and considered by the Polish parliament for scrutiny. As a result, a massive mobilisation against the bill began in Poland and temporarily stopped the legislation—until October 2020, when the Constitutional Tribunal decided to ban abortion in the country. The decision was noted by Ordo Iuris as its success and, on the day before the verdict, it announced that it had sent a ‘friend of the court’ opinion to the tribunal.

That opinion was signed by a number of international organisations—such as the Slovak Association for Life and Family, the Free Society Institute from Lithuania and the American Center for Family & Human Rights (C-Fam)—highlighting the international scope of Ordo Iuris’ network. Even though its Brussels office has already been closed twice, Ordo Iuris continues to lobby the European Parliament and European Commission.

The group is well-connected with the Polish governing Law and Justice (PiS) party and its representatives can be found in state institutions, such as the Polish Supreme Court, the Ministry of Foreign Affairs or the aforementioned National Freedom Institute. Earlier this year, the Polish government even formally nominated the former president of Ordo Iuris, Aleksander Stępkowski, as one of Poland’s candidates for the European Court of Human Rights. The Council of Europe committee on the election of judges rejected his candidacy.

Ordo Iuris’ efforts have not stopped. In May, it announced the establishment of the Collegium Intermarium, a new university with a mission ‘to build a platform of co-operation between academics from the countries of the Intermarium region’. According to the founders, the initiative is a response to ‘the deepening crisis of academic life’ and ‘a space of free debate and courageous search for truth’.

This corresponds to recent statements by the Polish minister of education and science, Przemysław Czarnek, who has promised to fight the ‘dictatorship of left-liberal views’ which, in his view, has dominated higher education. One of his initiatives, the Academic Freedom Package, aims at the protection of conservative voices in universities, guaranteeing that ‘one cannot be held disciplinary responsible for expressing their ideological beliefs’.

It can be expected that this shared worldview will strengthen the co-operation between the ministry, the new university and Ordo Iuris representatives, and can be interpreted as part of a broader process of making public education more conservative, nationalist and Catholic.

The shift towards an ultra-conservative, nationalist discourse is noticeable in Poland, in civil society and public state institutions. The recent state support for NGOs and institutions promoting right-wing ideology is just another facet of the illiberal transformation that is happening not only in Poland but in other central European countries, too.

With serious economic challenges caused by the pandemic, far-right groups such as Ordo Iuris are appealing to identity to gather more popularity and power through cultural hegemony. Education is an important means to achieve this goal and, with increased financial resources at their disposal and growing transnational connections, they are quickly doing so—not only in Poland.

This first appeared on openDemocracy 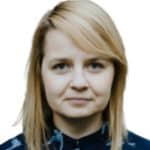 Justyna Kajta is a senior fellow at the Centre for Analysis of the Radical Right (CARR) and a postdoctoral researcher in the Institute of Sociology at the University of Wrocław.