The successful action by citizens and NGOs in a Dutch court against Shell has sent a frisson through corporate boardrooms—with reason.

In a historic victory for climate justice, in late May a Dutch civil court held a corporation liable for the first time for its contribution to climate change. The ruling that the oil giant Shell must reduce its global carbon-dioxide emissions by 45 per cent from 2019 levels by 2030 is a game-changer for corporate accountability and our future on this planet.

The decision sets a precedent for litigation against slow-moving polluters. Not only has it opened new legal avenues for climate action. The judges clearly spelt out that companies have an individual responsibility to combat climate change, because of its severe impacts on human rights.

Climate litigation is in full flood. With thousands of cases in 37 countries around the world, including 57 in Europe, taking climate laggards to court is all the rage. Judges across Europe are telling governments finally to face the music: their efforts to protect people and the planet from dangerous climate change are woefully inadequate.

In December 2019, the Supreme Court in the Netherlands found the Dutch government’s emissions-reduction plan insufficient. Last July, the Supreme Court in Ireland quashed its government’s mitigation plan. In February, a Paris court convicted the French state of not keeping its promise to tackle emissions. And in April the German Constitutional Court forced the federal government to revise climate-change laws.

But litigation is increasingly also holding the feet to the fire of the worst corporate emitters of greenhouse gases—not just governments. An early instance was in 2015 when a Peruvian farmer, supported by the NGO Germanwatch, took on the energy giant RWE, one of Europe’s largest CO2 emitters. He sought 0.47 per cent of the estimated cost of preventing a potential glacial-lake flood threatening his home—an amount corresponding to the company’s contribution to global-heating emissions.

Until a few weeks ago, however, holding companies liable for the harm triggered by climate change had been an uphill battle. The sticking point? Proving a causal link between a specific source of emissions and the resulting harm.

The lawsuit against Royal Dutch Shell, brought by Friends of the Earth Netherlands (Milieudefensie), together with 17,000 co-plaintiffs and six other organisations, used a different approach—and it worked. Instead of seeking compensatory damages, claimants used litigation as a tool to force Shell—Europe’s largest public company and the world’s ninth highest-emitting corporation—to change its fossil-fuel-addicted business model. French NGOs and local authorities are trying the same strategy in a case against Total.

The judgment was not only significant because it ordered an oil major to cut its emissions drastically. The court used the United Nations’ Guiding Principles on Business and Human Rights (UNGPs) to establish that Shell had an obligation to prevent climate change through its corporate policy.

According to the judges, the UNGPs—which compel companies to identify, prevent, mitigate and account for their impacts on human rights across their global value chains—are the authoritative ‘gold standard’ for corporate conduct. While not legally binding, all companies are expected to comply with them, regardless of whether they have signed up as such.

Shaking in their boots

The European Commission is now considering turning the principles into clear, mandatory, due-diligence legislation. It is drafting a proposal for a directive that would empower administrative and judicial authorities to enforce corporate obligations with regard to human rights.

This has corporate interest groups shaking in their boots, promoting the idea that the case against Shell somehow proves that ‘the system is working’ and hence ‘no legislative reform is needed’. Nothing could be further from the truth. While the Dutch court was right to hold Shell accountable, against the non-binding yet universally-endorsed UNGPs, there’s no guarantee a different court would have done the same.

In fact, this landmark decision underlines why we need a corporate duty of care for human rights and the environment in the EU and why companies should be held liable in the courts for breach of this duty. Whether companies address their human rights and environmental impacts and be held accountable for abuses—including climate change—should not be left to interpretation. Nor should civil society, trade unions and those affected by corporate abuse be left to shoulder the burden of seeking corporate compliance, via long and costly judicial proceedings, on a company-by-company basis.

The verdict against Shell has far-reaching implications for polluters. So what does it say?

The claimants argued that Shell violated its duty of care by knowingly undermining the world’s chances of restricting warming to 1.5C above pre-industrial levels. Since at least the 1980s, it had known about the impact of fossil fuels on climate change, claiming in an internal report that ‘the changes may be the greatest in recorded history’.

The judges confirmed that Shell was failing to meet climate goals—the company emits nine times as much CO2 as all of the Netherlands. Causing dangerous climate change entailed a violation of the right to life and the right to respect for family life, under the Dutch civil code and the European Convention on Human Rights. In an unprecedented decision, the judges ordered the company to reduce its emissions in line with the Paris agreement, to comply with its human-rights obligations.

This requirement, focused on results, will not only apply to Shell’s own emissions but to those of its entire corporate group and global value chain, because of the far-reaching control and influence of the parent company over its approximately 1,100 subsidiaries. In addition, it must make ‘significant best-efforts’ to use its influence to limit the CO2 emissions generated by its business relationships, including suppliers and customers around the world, by changing its purchasing policy and energy package.

The message to all polluters is clear: reduce emissions or be prepared to be compelled to do so. The hope is that the verdict against Shell will lead to further successful climate cases against big emitters, forcing them to slash their carbon footprints and make the transition away from fossil fuels. This must extend to all transnational enterprises failing to meet their human-rights obligations in global operations and value chains.

But change is also needed beyond courtrooms. From the halls of government to the chambers of parliaments, decision-makers must write clearer and more ambitious laws on corporate due diligence, based on the UNGPs, and use legal tools to hold companies accountable and liable for abuses.

It is crucial that all corporations—not just Dutch ones—can be taken to court, in their home country, for environmental and human-rights abuses. 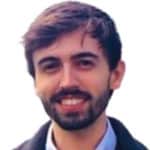 Alejandro García Esteban is a policy officer at the European Coalition for Corporate Justice. 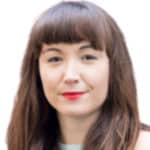 Jill McArdle is a campaigner for corporate accountability at Friends of the Earth Europe, based in Brussels.