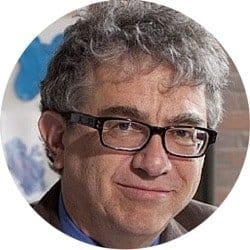 When it comes to the rise in economic inequality since the 1970s in the United States and some other advanced economies, it doesn’t really matter which measure of income distribution we choose: They all show the increase. And, while many competing explanations have been proposed, we do not need to agree about causes to concur on sensible policies to address the problem.

There are many ways to measure inequality. Each can tell us something different. Many Asian countries’ recent economic success has reduced inequality by some measures (for example, a big fall in the poverty rate), but not by others (the high-low range has increased). In the US, however, all measures of inequality have pointed in the same direction since the turn of the century, reflecting the fact that the benefits of economic growth have gone almost exclusively to those at the top. The share of income received by the top 0.5% has reached 14%, where it was in the 1920s.

Normally, one would think that diagnosing the cause of such a fundamental shift would be a necessary step in prescribing a cure. In that case, one might be discouraged by the over-abundance of plausible explanations that have been offered and the difficulty in choosing among them.

Thomas Piketty’s Capital in the Twenty-First Century emphasizes what he sees as a very long-term trend arising from a high return to capital, which causes inherited wealth to accumulate at a faster rate than earned income grows. Piketty’s book, published in 2013, did much to put inequality back on the agenda of American economists. But most researchers believe that the sources of widening US inequality lie primarily within earned income, rather than arising from the difference between earned income (wages and salaries) and unearned income (return on capital).

The first explanation for earned-income inequality is technological change, which raises the demand for skilled workers faster than the supply. But, while this can explain a widening wage or income gap between skilled and “unskilled” workers (defined according to whether they are college-educated), this has little to do with the gap between the top 1% and the rest.

The third is the winner-take-all character of many professions, from dentists to university professors to movie stars. Because modern media tell us who is the best dentist in town or the best movie actor in the world, relatively small differences in abilities win far bigger differences in income than they used to.

According to the fourth explanation, the very high compensation of corporate executives, especially in the financial sector, is not a return to services that are in demand because they are socially valuable (like having gone to medical school or having been born with acting talent). Rather, managers essentially get to set the terms of their own pay, through compensation packages that reflect failures of corporate governance, tax law, and financial engineering. Stock options, for example, have failed in their original goal of relating pay to performance.

Finally, an especially popular explanation is that the rich have captured the levers of power, through campaign donations. The politicians they finance are only too eager to enact favorable policies.

But many policy prescriptions to ameliorate inequality apply regardless of the cause. Most would make the tax system more progressive, by, for example, lowering the effective marginal tax rate for low-income workers – what US President Barack Obama has called “making work pay.”

Enhancing the earned-income tax credit is a live option today, and Obama proposed in his January 2016 State of the Union address expanding wage insurance, which currently helps workers who lose their jobs because of trade but could be extended to those who lose their jobs due to technological change. Similarly, the payroll tax for low-income workers could be eliminated.

In light of looming deficits for America’s Social Security and Medicare programs, such changes in the tax code should ideally be revenue-neutral. The Republican candidates for president this year, as usual, propose massive tax cuts, focused on the rich, without a plan for how to pay for them.

The US can raise additional revenue with which to address inequality in fiscally responsible ways. The tax break for “carried interest,” by which hedge-fund managers’ income is taxed at low capital-gains rates, should be abolished (as Democratic presidential candidate Hillary Clinton favors), and the exemption for the estate tax (originally expanded by George W. Bush) could be reduced. At the same time, the cap on payroll taxes for upper-income workers could be raised, and distorting tax deductions, like that for mortgage interest, could be tightened for upper-income households.

A lot should be done on the spending side, too. Examples include universal high-quality preschool, health insurance for all, and infrastructure spending.

Many of those who are upset about inequality are attracted to the banner of Bernie Sanders (or that of Donald Trump). Many believe that one must break up banks in order to address the root cause of the problem, which is thought to be that the rich have “bought” politicians.

Money in politics is indeed a big problem. But what do politicians use all that money for? It doesn’t go into their pockets (at least not in the US). It goes to running for office: campaign advertisements and mobilizing supporters. In my view, voting for candidates who will enact the right policies is a far more direct strategy for addressing inequality – and much else – than voting for those who want to break up the banks to reduce the amount of money available to dissuade voters from supporting the right candidates.

Jeffrey Frankel is Harpel Professor at Harvard University’s Kennedy School of Government. He directs the program in International Finance and Macroeconomics at the National Bureau of Economic Research, where he is also on the Business Cycle Dating Committee, which officially declares U.S. recessions. Professor Frankel served on President Clinton’s Council of Economic Advisers (1996-99); his responsibilities as Member included macroeconomics, international economics, and the environment.