One of the common values that unites the European Union is that of equal opportunities: all citizens should have the same possibility to improve their lives and participate in the labour market regardless of gender, ethnicity, religion or sexual orientation. Ensuring equal opportunities in finding work also represents a key goal for Europe in facing the challenges posed by demographic change and achieving inclusive and sustainable growth.

Yet, for all the fine words, opportunities remain far from being equal and half of the population still seems to be held back from fulfilling their talents and reaching their goals.

Despite significant progress in reducing gender inequalities in the labour market over recent decades, gaps between men and women in employment rates still persist along with a consistent over-representation of women in low-paid sectors, part-time and temporary jobs. And while a long-term convergence in employment opportunities seems to be under way – setting aside for now their quality and conditions – recent improvements have been mainly driven by a relative worsening of the male employment rate. This in turn has come thanks to substantial job losses in male-dominated sectors during the economic crisis.

Recent data show that the gender employment gap, defined by Eurostat as the difference between the employment rates of men and women aged 20-64, stood at 10.4 percentage points in 2015: that of women being only 60.4% against 70.8% for men. To put it in concrete terms, this differential corresponds to 17 million women, which is roughly the entire population of, say, the Netherlands. Yet average figures mask a great heterogeneity among EU countries: Italy, Greece and Malta are amongst the worst performers while Scandinavian and Baltic countries provide more gender-balanced employment opportunities (see Figure 1). In Germany, the gender employment gap was around 8%, below the EU-28 average but well above Finland (1.5%), the country with the lowest gap in female employment participation. This picture not only presents differences in the structure of the labour market and composition of the labour force, but also reflects the diversity in terms of national institutional set-ups, policy regimes and cultural values – all known to have significant effects on women’s participation in the labour market. 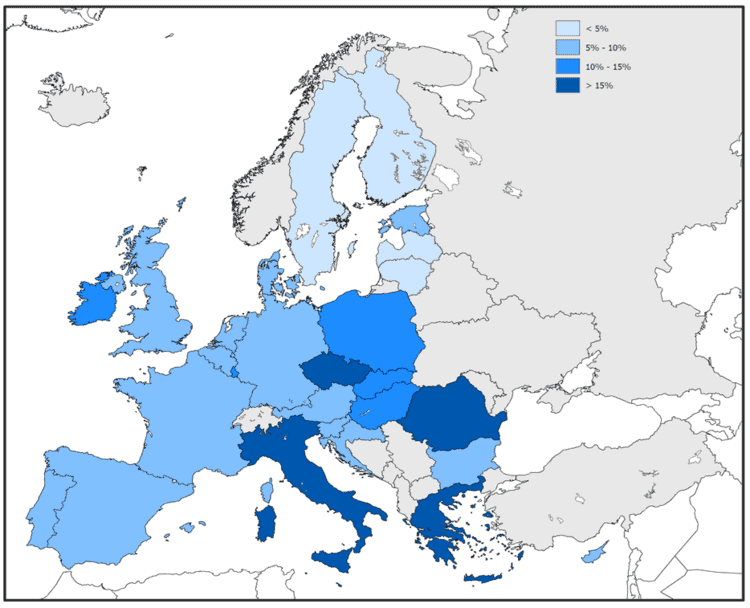 Economic and Social costs of the Gender Employment Gap.

There are clear ethical and political implications resulting from this inequity and closing the gender employment gap should be an urgent economic and social objective, for the individual and society as a whole.

While at the individual level participation in the labour market enables men and women to achieve economic independence and exercise control over their lives, at societal level the cost of the gender employment gap is intolerably high.

According to the latest Eurofound report, taking into account foregone earnings, missed welfare contributions and additional public finance costs, the total yearly cost of the lower female employment rate is estimated to have been around €370 billion in 2013, corresponding to 2.8% of the EU’s GDP. Moreover, the cost of a woman’s exclusion from employment throughout her working life is estimated at between €1.2 million and €2m, depending on her educational level.

As shown in Figure 2 the costs at Member State level vary from the most virtuous countries (Sweden and Lithuania) where they correspond to less than 1.5% of national GDP, to the worst performing countries, such as Malta, Italy, Greece where the yearly cost is higher than 5% of GDP. In absolute terms the highest loss is incurred by Italy with €88bn while in Germany amounts to €55bn or around 2% of GDP. 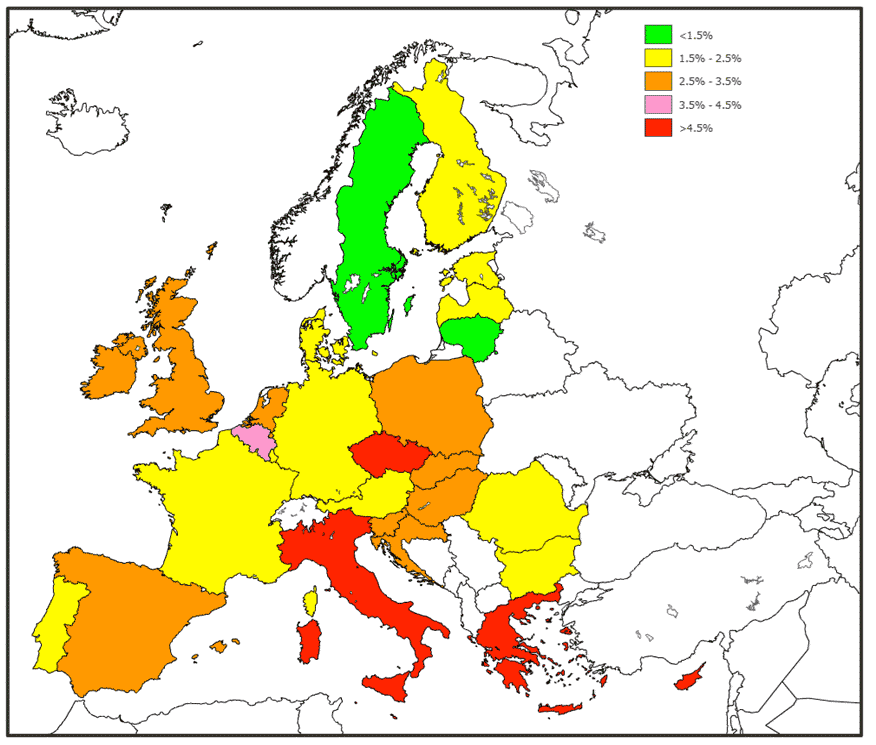 To give an idea of the scale of the problem, let’s say that its overall €370bn cost corresponds approximately to the entire GDP of a highly productive country like Austria. So, if the Gender Employment Gap were a country, it would have approximately the population of the Netherlands and the productivity of Austria. Losing all this talent is a cost that Europe cannot afford anymore.

Moreover, participation in the labour market has not only economic impacts but also important social effects. It enhances a person’s perception of his/her overall quality of life and improves the quality of society. Women in employment are more empowered and evaluate their lives more positively than those outside the labour market. In these ways being in paid employment not only ensures economic independence that acts as a shield against poverty and deprivation, but also contributes significantly to better social inclusion.

Ensuring the freedom of choice

These dramatic numbers clearly show that the persistence of unequal employment opportunities between men and women in Europe should be addressed as a highest priority; closing the gap   should bring both a fairer society and substantial macroeconomic gains.

Despite several initiatives from the European Commission to foster female labour market participation, it is clear that the EU will not meet its targets. Therefore, a renewed and boosted effort is urgently needed at EU and national level because it will otherwise still take several decades for many member states to achieve EU targets and close the gender employment gap.

Lessons learned from Member States that have been successful in reducing the gender employment gap revel that effective initiatives aimed at increasing women’s (re)integration within workplaces go beyond traditional labour market policies and include combinations of adult and childcare support, paid parental and adult-care leave, and flexible working arrangements. While integrated policies are essential, if one is to achieve significant results more quickly, in many countries a cultural shift in tackling the persistence of gender stereotypes and fostering a shared and more equal division of family responsibility is also urgently required.

This blog post is based on research carried out by the author jointly with Martina Bisello and other researchers for Eurofound.

Massimiliano Mascherini Is head of the social policies unit at Eurofound, having joined the organisation in 2009 as a research manager. He has a PhD in applied statistics from the University of Florence and has been a visiting fellow at the University of Sydney and Aalborg University.