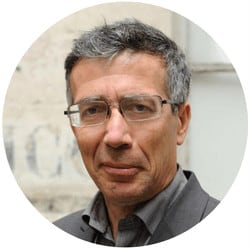 The Chinese aren’t the only ones Donald Trump picks on when it comes to international trade. He is also going after the Germans for their surplus. In an interview on January 16 for Bild, the widely read daily tabloid, (and the Times of London) he threatened to slap a 35 percent import tariff on German vehicles. Angela Merkel replied from Munich on February 18 that the overly weak Euro was the main reason for the surplus, putting the blame on the European Central Bank. She says the culprit is the ECB’s loose monetary policy, in particular quantitative easing, which entails printing more money, and effectively drives down the currency’s value.

There is no denying that Trump is right to take Germany and Europe to task here. According to the European Commission, last year the Eurozone ran a €384 billion current account surplus (sales and purchases of goods and services), which represents 3.6 percent of GDP. That means that, without causing any financing issues, i.e. begging from the Qataris or the Chinese, we could have spent €384bn more last year because we had produced the corresponding wealth. But, despite the unemployment dogging us, sky high poverty levels since the crisis, our lagging energy transition, we did not spend it because our hands were tied by our own policies. And Trump has every right to point the finger:  Europe’s behaviour is punishing not only its own population but also the world economy by depriving the latter of the right to produce goods for Europe.

In this context it is, in fact, totally abnormal for European monetary policy to continue to weaken the Euro. But, though she won’t admit it, Merkel holds a good number of the keys to the problem. Given the current state of the European economy, the ECB can only tighten its monetary policy if, in parallel, European countries loosen their budgetary policies and adopt less deflationary labour market policies. However, it is mainly the German government that is forcing its neighbours to do just the opposite in Europe. Now this is where Trump could probably prevail where all Europeans have hitherto failed : in making German public opinion and leadership heed at long last the call of reason.

Guillaume Duval is editor-in-chief of the monthly french magazine Alternatives économiques, a left-leaning economic magazine edited by a co-operative with a circulation of 85,000 copies a month.