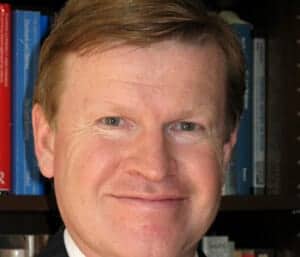 A persistent theme – indeed the leitmotif – of the way that German leaders discuss the eurozone is their insistence on the importance of following the rules. That refrain is followed by a chorus from the rest of the monetary union demanding to know why Germany is taking such an inflexible approach. The answer, it turns out, reflects the way Germany’s federal system of government has shaped its decision-making, as well as Germany’s historic experience with debt crises.

Germany’s obsession with rules long predates the current eurozone crisis. The country’s policymakers always insisted that Europe could not have a common currency without first achieving economic convergence. But that looked like it would never happen. So, in the 1990s, as the eurozone was being established, Germany argued for rigorous enforcement of the “convergence criteria,” the requirements necessary for adopting the euro.

Economists in every other country ridiculed the Teutonic fixation on firm rules. There is no reason, for example, why a debt-to-GDP ratio of 59% should be considered safe, but 62% regarded as irresponsibly dangerous. But the Germans insisted – and ultimately got what they wanted.

That approach stemmed in part from Germany’s political structure. The more federal a country’s system of government is, the more rules are needed to ensure its smooth functioning. When the responsibilities of different levels of government are not clearly delimited, there is the danger that officials will try to pass burdens to higher levels. In order to avoid this, federations often adopt a legalistic approach.

Indeed, there is a strong correlation, historically, between successful federations and a stable monetary policy undergirded by clear rules. In the late twentieth century, Switzerland, Germany, and the United States – all federal countries – were pioneers in applying a stability-oriented monetary policy. Given that the eurozone is in many ways federal in its structure, a clear commitment to the rules seemed to Germany to be a prerequisite for its success.

To be sure, even Germans know that rules sometimes need to be bent. Thinkers as far back as Aristotle have argued that rules fail when they are too rigid. In the Nicomachean Ethics, Aristotle pointed to the use by sculptors on the island of Lesbos of rulers made from flexible lead – rather than rigid iron – for cutting curved lines in stone. The ability to reshape the rulers to fit the stone served as a metaphor for the need to adjust laws when circumstance change.

But when it comes to debt, Germans have insisted on using the most rigid of rulers. Since the beginning of the eurozone crisis, the German government dug in its heels on European treaty provisions that it interprets as forbidding bailouts and monetary financing of government debt. Recently, Germany reacted to a proposal to forgive a portion of Greece’s debt by maintaining that the treaty provision that proscribes bailouts also rules out state bankruptcies and debt forgiveness.

The lesson that Germany has taken from its history is that debt is an area in which flexibility must be steadfastly avoided. This might come as a surprise to American commentators, who have argued that Germany is acting hypocritically, having defaulted on its debts in 1923, 1932-1933, 1945, and 1953, only to insist today that others do differently.

The truth is that Germans viewed nearly all of those defaults as destabilizing. The internal default in 1923, conducted via hyperinflation, weakened the German financial system and helped cause the Great Depression. The defaults in the early 1930s became inevitable when Germany could not access private capital markets and the country had lost faith in its future. Rather than set the stage for a sustainable economic recovery, deflation and default fanned the flames of nationalism – to disastrous effect.

The default of 1945 was the consequence of losing World War II. Indeed, the tradition of so-called Ordoliberalism that has shaped Germany’s post-war economic policy was a response to the Nazis’ destructive arbitrariness.

Only the debt cancellation of 1953 is viewed in a positive light in Germany, and a look at the circumstances in which it occurred reveals much about the country’s approach to the eurozone crisis. As the Yale economist Timothy Guinnane has shown, the debt that was canceled was not the principal, but accumulated interest arrears that had not been paid between the Great Depression and WWII.

More important, from Germany’s perspective, was the political context in which the negotiations took place. For starters, there had been a complete regime change in Germany. The victorious Allies had removed those responsible for the destructive, destabilizing policies of the past, providing the country with a clean break and its debtors with confidence that Germany was on a new course. Furthermore, Germany’s new policymakers had demonstrated their financial seriousness. In 1950, the country had undergone a severe balance-of-payments crisis. Some officials were in favor of capital controls, but the government instead implemented monetary austerity.

This experience explains another of Germany’s obsessions: reforms in debtor countries. Germany needed a complete change of its domestic regime to break out of its cycle of debt and default. That might be a bit much to ask in the context of the eurozone; but, without a fundamental reorientation of a country’s politics, the thinking in Germany goes, debt forgiveness will always remain a futile exercise.