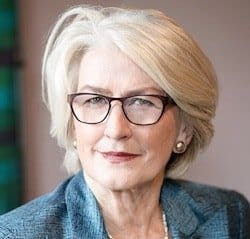 On 20th July, 2015 Jacques Delors reached the grand old age of ninety years. President Hollande saluted the elder statesman and told Journal du Dimanche, that “in the past week the European spirit (had) prevailed” in addressing the Greek crisis. This referred to the long, brutal and historic overnight negotiations of 12th July, between Eurozone leaders and Greece – and to Greece’s subsequent capitulation to micro and macro economic conditions set by creditors. For many, no doubt including Delors, “the European spirit” seemed to have evaporated completely.

As a result of the Greek debacle, and of increasing economic divergence across the continent, the euro system’s architecture is now looking decidedly shaky. Many expect Greece to exit the Eurozone in due course. Germany positively promotes this outcome. There are some that believe the Eurozone as a whole will collapse, with Germany the first to exit. Is the Eurozone approaching a seminal moment like that day in September 1931 when Britain exited the gold standard? An exit many had believed impossible? A exit that promptly led to economic recovery? And can the euro system really be compared to the gold standard of the 1920s and 1930s? I think it can.

Back in 1962, a Luxembourg banker, Pierre Werner delivered a lecture in Brussels. In it “he asserted the relevance of a European unit of account defined in relation to gold as a means of giving a kick start to a European monetary system.” (My emphasis). Then in 1965 Pierre Werner, this time as Prime Minister, Finance Minister and Foreign Minister (yes, he held all three posts) of Luxembourg gave, as Elena Danescu explains, an indication of

the priorities of the Grand Duchy‘s foreign, and particularly its European, policy, in which economic integration occupied a prominent place. Monetary policy as the vehicle for this…. became one of the fundamental pillars of long-term government action, and the international money market which was just then emerging in Luxembourg was gradually associated with it.

As a result of his essentially monetarist views on European monetary policy, not to mention the “priorities of the Grand Duchy” Pierre Werner was appointed by the EU Council of Ministers on 6 March 1970, to chair a committee of experts to design a monetary system for the European Union. The key elements of his committee’s recommendations was to be developed subsequently by the Delors Committee of twelve central bankers, which reported in 1989. Both sets of proposals – the Werner Report and the Delors Report – replicated the financial architecture of the nineteenth century gold standard.

The parallels between the two systems include the abandonment by governments of control over exchange rates; the loss of a central bank accountable to the state; the initial euphoria as an over-valued exchanged rate cheapens imports & capital mobility encourages reckless lending; subsequent deflationary pressures; the absence of a co-ordinating body to check imbalances across the zone, and finally growing political resistance to the monetary system.

However it is important to note also just how much the two systems differ. The genius of those who designed the European Monetary Union (EMU) was this: unlike the architects of the gold standard, which attempted to remove central bank and state control over the exchange rate – Delors’s bankers simply abolished all European currencies, and replaced them with a new, shared currency, the euro – well beyond the reach of any state.

That currency – the euro – not only acts as a store of value and facilitates financial transactions across borders – it also acts as a powerful symbol of European unity. So in addition to serving the interests of Luxembourg bankers and European financiers – the euro was in part created, and heavily sold to citizens, as a perceived way and a symbol for bringing Europe and Europeans together. Like gold under the gold standard, the currency acquired the status of a fetish for many, both amongst the European elites in Brussels and Frankfurt, but also amongst those in periphery countries.

Stathis Kouvelakis explains the fetishistic quality of the euro for Greeks (own translation):

Before the 2008-2010 crisis, the most Europhile countries within the European Union were precisely those of the south and the periphery. It must be understood that for these countries, EU membership signifies a certain modernity, both economic and political, an image of prosperity and power that the euro comes to validate at a symbolic level. This is the fetishistic aspect of money that Karl Marx emphasised: having the common currency in their pockets, the Greeks symbolically reach the same level as the Germans or the French.

While some misguided gold standard advocates (like David Ricardo) were convinced of the need to link credit/money to gold, most nineteenth century bankers and economists had a full understanding of monetary systems based on credit. This did not stop them driving the gold standard system forward, fully conscious of gold’s fetishistic quality – because both the standard and the fetish benefitted international bond markets.

Europe is now at a turning point. The inflexible ‘rules’ or Maastricht criteria are openly flouted not only by southern European countries, but also by Germany. Eurozone debt as a share of GDP jumped to €9.4 trillion in the first quarter of 2015, and at 92.9% of GDP is way above the Maastricht criterion of 60% of GDP. By this measure the whole Eurozone is in non-compliance – and should be expelled from er, the Eurozone. Public debt levels will continue their inexorable rise, thanks largely (and counter-intuitively for orthodox economists) to deflationary ‘austerity’ policies. The only current beneficiaries of the system are global bond markets.

The plain truth is that the euro is a product of utopian neoliberal economists and their ambitions for a monetary system governed only by market forces, beyond the reach of any European state. It is this utopian vision and its embodiment in ‘rules’ that is the cause of economic failure, divergence, social and political instability across member states.

That utopianism is why, like the gold standard, the euro is doomed to failure.

This article is a shortened version of a PRIME publication by Ann Pettifor: “Why the euro is the gold standard writ large” – available here

Ann Pettifor is Director of Policy Research in Macroeconomics (PRIME) and author of 'Just Money: How Society Can Break the Despotic Power of Finance', published by Commonwealth Publishing in January, 2014.