Insertion into global value chains in services is no hand-up panacea for the least-developed countries.

Many consumption and investment goods are ‘made in the world’. Different stages of production are distributed to suppliers in various countries which can perform the task at lowest cost. These global value chains (GVCs) account for about half of world trade and powerful transnational corporations (TNCs) from the global north decide their geography, conditions and remuneration.

Institutions such as the World Bank and the World Trade Organization (WTO) have been very optimistic about the development potential of GVCs. This sanguine view of globalisation is predicated on the idea that countries of the global south can specialise in a limited number of simple tasks, instead of building up national industries from scratch. The advice for catching up is upgrading—improving products and processes to enable firms and workers to capture more value from participating in GVCs.

This upbeat narrative, drawn from the neoliberal ‘Washington consensus’, has however not come true for most least-developed countries (LDCs), let alone their workforces. It turns out to be mainly upper-middle- and high-income countries which benefit from GVCs. Upgrading is neither automatic nor frequent, leaving most countries stuck in low-technology and low-wage segments. Highly unequal bargaining power between firms is key, as markups by firms in the global south diverge—rather than converge—with those in the global north.

LDCs are thus in need of a new development strategy. And, once again, the WTO and World Bank believe they have found one. The new magic bullet is services, traded in GVCs just like manufactured goods. Justifying its optimism, the WTO presents India and the Philippines as role models.

True, both countries have benefited from the offshoring of business processes and information-technology services. Closer scrutiny, however, reveals a more nuanced picture. Linkages between these IT-based companies and other indigenous firms, essential if wider benefits for development are to ripple out, are unaffected or even weakened.

Skill-intensive employment opportunities in IT services do increase school enrolment but this effect is limited to just a few kilometres around an IT firm. As for the Philippines specifically, reports of cut-throat competition among call centres, very low wages coupled with high staff turnover and rising vulnerability and uncertainty due to Covid-19 qualify a rose-tinted view. The peculiarities of these countries—the prevalence of English-speaking, close connections with former colonial powers and an IT infrastructure—also raise doubts about the replicability of their models.

Among all countries, LDCs manifest the lowest representation in the knowledge-intensive services, such as IT or business processes, which have the greatest potential for export. Most of their service activities are in low-productivity, informal micro-enterprises, with very little chance of developing a business model fit for selling services to rich-country buyers. Labour productivity in services in African LDCs declined overall by 0.5 per cent annually between 2011 and 2017.

Non-market services, such as health or education, only employ about 17 per cent of LDC service workers, compared with 35 per cent in rich countries—reflecting limited public spending in arenas essential to develop the skilled workforce needed for knowledge-intensive services. This unfavourable specialisation is reflected in a persistent trade deficit in services and a stagnant LDC share in world service exports of about 0.3 per cent, with tourism, transport and distribution alone accounting for about 75 per cent of this.

From a conceptual perspective, things look even more bleak. According to the value-chain ‘smile curve’—in which value is held to be moving from fabrication to pre-and post-fabrication stages—rich countries specialise in high-value, high-profit activities such as design or research and development, while offshoring lower-value-added manufacturing.

This pattern is reinforced by unequal power relationships: TNCs obstruct the upgrading of LDC firms from production to marketing or branding, ‘because such upgrading encroaches on their buyers’ core competencies’. While digitalisation is expected to reduce entry barriers, it is also likely to widen the gap in value added between activities offshored and those at the TNC’s headquarters.

The value added of knowledge-intensive services is not only highly concentrated in a few rich regions but is also very immobile, due to agglomeration economies and the continuing need for face-to-face communication. And while sophisticated service sectors emerge in close connection with manufacturing, LDCs are suffering from premature deindustrialisation.

More realistic and socially inclusive approaches towards services in LDCs have recently been suggested by Dani Rodrik and Joseph Stiglitz. Instead of focusing on their rather elusive export potential, industrial and social policies should target the small and often informal firms catering to local markets, which absorb most of the unskilled workers in cities. While unlikely to become exporters, it is important to support these firms by providing training or technology to raise economy-wide productivity.

The service sector also includes many non-traded services important for the wellbeing of a society. The role of government is here crucial, as education, housing, health and environmental services are public goods. Public policies will also be needed to tackle inequalities stemming from rising wage differentials among service firms.

In any event, a more regional production system, focused on the needs of the local population, seems more promising for LDCs than a one-sided, export-led GVC model, which mainly profits TNCs, raises inequality and does not provide many benefits for the wider economy. 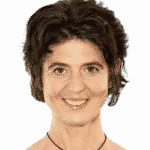 Karin Fischer is head of the development research unit and teaches global sociology at the Institute of Sociology at Johannes Kepler University, Linz. With Christian Reiner and Cornelia Staritz, she is editor of Globale Warenketten und Ungleiche Entwicklung (Global Commodity Chains and Uneven Development). 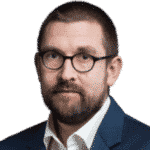 Christian Reiner is senior lecturer and head of research at the Lauder Business School, Vienna. With Karin Fischer and Cornelia Staritz, he is editor of Globale Warenketten und Ungleiche Entwicklung (Global Commodity Chains and Uneven Development).