The EU must enforce robust human-rights due diligence in company supply chains.

Calls for increased corporate accountability have been gaining momentum. In national and regional debates the demand for mandatory human-rights and environmental due diligence (mHREDD) across company operations has been coming to the fore. Particularly in Europe, governments have begun legislating—most recently in France, Germany and Norway—to require corporations to detect, and act upon, the risks faced by workers in their supply chains.

The movement towards greater regulation is spurred by the failure of companies to do so to date. The reporting requirements in the UK’s Modern Slavery Act, for instance, do not make such action obligatory, arguably signalling to companies that failure may be overlooked. Globally, forced labour, among the most egregious of labour-rights abuses, persists in supply chains.

Companies will have to ramp up their efforts significantly. And while some European governments have taken action to introduce mHREDD, ambitious standards must be set at the regional level.

The delay in the European Commission’s initiative on sustainable corporate governance—a draft directive is finally anticipated later this month—must be used to ensure mHREDD legislation is effective in creating tangible impacts for workers, enhancing equality. Today more than 100 companies and investors have called for effective legislation. Should this opportunity be seized by policy-makers, it would transform the way companies operate.

Over the last five years, KnowTheChain has assessed the largest public companies in high-risk sectors (information and communications technology, food and beverages, and apparel and footwear) on their efforts to address forced-labour risks in their supply chains. Evidence from nine KnowTheChain benchmarks tells us voluntary efforts by companies to prevent forced labour are failing. On average, 129 companies assessed in our latest benchmarks scored a mere 29/100 for their efforts in human-rights due diligence.

Our data also highlighted glaring gaps in its exercise. A demonstrated understanding of who and where suppliers are—not only first-tier, but throughout supply chains—is critical for companies to be able to ‘know and show’ their supply chains, including to comply with the challenges posed by import bans. Yet 62 per cent of companies considered did not disclose a first-tier supplier list, with the names and addresses of those suppliers.

In addition, more than a third of benchmarked companies (36 per cent) have yet to provide evidence they are carrying out human-rights risk assessments on their supply chains—even though identifying and understanding risks is a basic prerequisite of effective human-rights due diligence. Just as concerning is the fact that only 9 per cent of companies reported including workers in their assessment of such risk.

This reflects a broader trend identified in our research. Only 15 per cent of companies reported including workers in their due-diligence processes. The failure to incorporate the perspectives of workers and other stakeholders, such as unions and civil-society organisations, is concerning. Effective due diligence should place workers at the centre of the process and address workers’ needs in substance.

Unfortunately, this has not improved with time. Looking at the groups of companies assessed by KnowTheChain since 2016, two-thirds (64 per cent) still do not disclose engaging with stakeholders on the issue of forced labour. Corporate efforts to strengthen due diligence over the last five years have been too slow.

There are also concerns when it comes to responsible purchasing practices—such as prompt payment, accurate forecasting and reasonable time leads—which are a baseline necessity for responsible business. Without this, companies can make it difficult, or impossible, for suppliers to comply with human-rights requirements. Yet 68 per cent of companies evaluated did not disclose adopting such practices in the first tier of their supply chains.

Finally, three in ten companies (29 per cent) did not provide evidence of a grievance mechanism for suppliers’ workers to report labour-rights abuses. Effective mechanisms are critical to ensuring workers have access to remedy.

Overall, the evidence reveals not enough companies are acting to introduce effective human-rights due diligence. It isn’t all bad news: some companies have taken more advanced steps to demonstrate what is possible. VF Corp, for instance, provided some transparency as to its third- and fourth-tier suppliers, including wool processors, slaughterhouses and yarn suppliers, as well as the sourcing countries of raw materials such as wool, cotton and rubber.

But the generally glacial rate of change in corporate due-diligence efforts is concerning. There is an evident and urgent need for regulation, introducing minimum, non-negotiable standards requiring companies to act.

Forced labour is a systemic issue and will not be solved by a limited number of companies demonstrating more advanced practices than others. Action must be industry-wide. Policy-makers, including at European level, must implement robust measures to set a baseline for companies, requiring effective action to address human-rights risks and impacts.

KnowTheChain’s research makes clear what this baseline must look like. First, companies must be required to ‘know and show’ their risks, with a focus on salient risks, and carry out human-rights due diligence across their whole supply chains.

It is also vital that due diligence incorporates meaningful engagement with stakeholders, including workers, from the assessment of risks to the remedy of abuse. Workers must be at the centre of companies’ due-diligence processes—involved in their design, implementation and evaluation.

Workers, whose daily reality is exposure to the risks, are the only ones in a position to depict the situation on the ground. As such, they should be involved in the assessment of risk, the design or performance of grievance mechanisms and monitoring for human-rights abuses.

Legislative measures must be designed to create tangible outcomes for workers. Due-diligence laws should compel companies to address irresponsible business models.Companies should adopt responsible purchasing practices, such as prompt payment and accurate forecasting, and ensure workers’ rights to organise are protected.

Finally, if legislation is to be effectively implemented, policy-makers must put in place a strong civil-liability regime, to hold companies accountable and ensure access to remedy for workers. Binding requirements, with the threat of penalty for non-compliance, must be put in place to ensure companies take risks seriously.

If we are to see transformational change for supply-chain workers, we first need to see transformative action by governments and companies. The status quo isn’t working: forced labour persists. The commission should take the opportunity to propose a directive that would enforce rigorous standards—beyond a box-ticking approach—and drive companies to rethink due diligence as a tool for addressing forced labour. 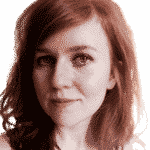 Rosie Monaghan is a researcher and representative for KnowTheChain at the Business and Human Rights Resource Centre. 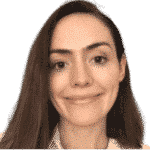 Evie Clarke is a researcher for KnowTheChain at the Business and Human Rights Resource Centre.