We urgently need new approaches to combine ecological and social policy objectives. Time is running out to tackle climate change: radical action needs to be taken rapidly. This is however only feasible if such action is socially just, ensures everyone’s needs can be satisfied and enjoys public support.

Energy prices are soaring in Europe, risking significant increases in energy poverty. Offering a basic amount of ‘green’ services to everyone in society for free could combine ecological and social objectives: it could significantly reduce greenhouse-gas emissions, improve the satisfaction of needs and reduce energy poverty, and increase social justice.

Universal free green services could include a basic amount of renewable electricity (fed into the grid) or public transport per person, financed through carbon or energy taxes. This would reverse the regressive distributional outcomes of taxes on home energy or motor fuels, which burden poor households much more than rich, relative to household income.

Many climate-focused policy packages propose an increase of carbon or energy taxes. The European Green Deal is no exception. But the regressive distributional impacts of taxes on necessities such as home energy are problematic from a social-justice point of view, given that poor people typically have lower emissions than the rich, despite less capacity to invest in energy-efficient housing, appliances or vehicles.

Results from the 2016 European Social Survey also show that taxes on fuel face high opposition in most European countries, especially from low-income households. If such taxes are introduced or raised, measures need to be taken to avoid socially unfair impacts.

Free green services are only one option to tackle the socially unjust distributional impacts of carbon taxes. Another could be an equal per-capita redistribution of the revenue from the tax. We examined which of these might be better—from the perspective of distribution, emissions reduction and needs satisfaction—in a recent study which covers 27 European countries and is based on data from the European Household Budget Survey.

In the study we defined the cash-rebate and green-services options as financially equivalent: everyone in society would receive the same amount, whether in cash or in kind. We find that equal per-head redistribution in both schemes has strongly progressive distributional outcomes: poorer households gain, relatively, more than richer households.

The financial equivalence of the schemes enabled us to concentrate on comparing their impacts on emissions and energy poverty. Providing everyone in society with free green services was associated with significantly higher reductions in emissions and of fuel and transport poverty than giving everyone a cash tax rebate.

This could most effectively and quickly be achieved if governments invested directly in expanding renewable electricity generation and public transport. The higher emissions reductions in the green-services scenario result from replacement of the standard mix of grid electricity with renewable sources and of motor fuels with public transport for the amount covered by the per-person allocation. While, in theory, the cash-tax-rebate scenario could also operate in a context in which renewable electricity generation and public-transport systems rapidly expanded and replaced their dirtier counterparts, this would be unlikely at current rates of decarbonisation and without additional government intervention.

Giving everyone in society a free, basic amount of renewable electricity and/or public transport can also make an important contribution to satisfying needs. The study applies the ‘low income, high cost’ definition of energy poverty. This does not capture households which consume insufficient amounts of energy because they cannot afford it. But it is quantifiable and has been applied in various studies and the compilation of official statistics.

Only the alternative option of providing everyone in society with basic amounts of free renewable electricity and public transport reduces fuel and transport poverty, because it reduces household expenditure on these essentials. Providing everyone with basic amounts of energy and transport would also address energy poverty involving under-consumption stemming from lack of affordability.

Uptake of free green services could be supported in several ways—for instance, electricity providers could be obliged not to charge for a basic amount of kilowatt hours (kWh) per person, so that consumers did not actively have to ‘claim’ their allowance. The amount of electricity provided could be expressed as a number of vouchers, equivalent to a set amount of kWh, to make it easier to understand the scheme, but no real ‘vouchers’ would need to be exchanged.

Maximising uptake of public transport is more complex and difficult, especially in areas which are not already well-connected. Expanding provision would be essential in these areas to increase uptake and amenities would need to be made available more locally to reduce the need to travel longer distances to city centres. Everyone in society could be given an online public-transport account, with a pre-paid amount to be drawn down on entering a bus or train. Allocations could be tradeable (and/or exchangeable for car-share schemes and similar programmes) to reduce disadvantage for those in remote areas.

There was no space in the study to discuss the ownership and governance of energy and transport infrastructures. But previous research on ‘universal basic services’ and the ‘foundational economy’ indicates that these would be important questions to tackle.

Developing social policies fit to deal with the climate emergency will be one of the most important tasks of coming years and decades. Rethinking the way in which basic services such as energy and transport are provided—to ensure everyone’s needs are met and emissions are reduced in a socially fair manner—needs to be a core component of the transition to net-zero emissions. Offering a basic amount of free green services to everyone in society could be a promising avenue to contribute to these goals. 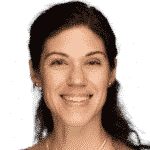 Milena Büchs is associate professor in sustainability, economics and low-carbon transitions at the University of Leeds. Her research specialises on sustainable welfare and just transitions.