National schemes sparing consumers the worst impact of soaring prices are no substitute for the EU redefining electricity as a public good.

Frans Timmermans was placed in an uncomfortable position during a recent debate at the European Parliament on the ‘Fit for 55’ climate package. Challenged on rising electricity prices, the European Commission vice-president and climate lead claimed that ‘only about one fifth of the price increase can be attributed to CO2 prices rising’—blaming ‘shortage in the market’ for the rest.

It was an unconvincing defence of the European Union’s flagship emissions-trading system (ETS). And it did not stop the Polish MEP Anna Zalewska from charging that ‘the prices of ETS are driving up, but unfortunately prices of energy are driving up as well’. Fifty million Europeans were ‘energy poor’, she claimed, and citizens were asking about price increases ‘because it’s them who’re going to unfortunately pay for the ambitions of the EU’.

In Spain, where energy prices increased by 35 per cent in the 12 months to August, the prime minister, Pedro Sánchez, has dialled back prices to what Spaniards paid in 2018, while blaming the rise on the unacceptable and ‘extraordinary’ profits of energy firms, to the tune of almost €3 billion, which he promised would be ‘redirected to consumers’. The €1 billion in help offered to Italians by his counterpart, Mario Draghi, is proving insufficient as prices there are set to rise by 40 per cent in the next quarter. Meanwhile in France the president, Emmanuel Macron, promises the French an early Christmas €100 cheque to help pay their winter electricity bills.

So serious is this social problem that Realpolitik, with unadorned protection for consumers, is taking precedence over political ideology. And so from the centre-right Macron through the ‘technocrat’ Draghi to the socialist Sánchez, household electricity tabs are being picked up by the public purse.

Member states will be helped by a proposed EU Climate Action Social Fund, which in a way is recognition by the commission that its climate actions have socio-economic impacts. But these unsustainable short-term solutions show that providing access to affordable electricity is a political challenge.

The urgency of decarbonising Europe requires policy consistency, not ad hoc reactions incompatible with open-market rules. And rather than asking the commission to ‘assess whether certain trading behaviours require further regulatory action’, the European Council at its last meeting should have considered an unorthodox solution—removing electricity as a private commodity from a liberalised market and treating it as a public good.

It’s the state which casts the largest and safest social safety-net to catch the causalities of the market descending into the depths of poverty. Karl Polyani rightly contended that ‘laissez-faire was planned’ and the commission should abandon such ‘planning’ as the recent Market Stability Reserve and new electricity market rules, which fail to recognise that ‘free’ markets are an artificial creation. Instead, it should recognise that, as a public good, electricity should be supplied in a non-rival, non-exclusive fashion—and so socialised.

The first way the commission can deliver socialised electricity is by recognising, with legislative powers, the critical role of ordinary people in decarbonising Europe, beyond being consumers. Rather than the commission promising that ‘consumers will be able to participate actively’ in electricity markets, citizens must be empowered to create energy co-operatives themselves.

Modern electricity technologies, such as photovoltaic solar and wind, align well with decentralised energy systems. All around Europe, renewable-energy co-operatives are being established in communities where ordinary people consume the energy they produce.

Fossil-fuel subsidies to energy firms would be one source of finance for such endeavour—in 2018 these amounted to €50 billion in the EU. Another would be the rising income from carbon permits. The commission should now table a proposal on forming, funding and enabling energy co-ops across Europe.

The commission already funds research and development in innovative renewable-electricity technologies, rather than expecting firms to do so entirely out of their own profits. An adherent of market competition as a solution to all socio-economic challenges, it rewards firms that develop technologies to solve specific problems, such as energy storage, based on superiority of solution.

The ‘price hike’ of which Timmermans spoke is an inevitable consequence of a liberalised market. Neither member states nor the commission should fail in their duty to protect citizens from abuse of market power—as neither would do, for instance, by allowing that health be treated as a mere commodity on the open market. The commission should allow states to (re)nationalise electricity companies, which would remove a driver of energy poverty.

National regulatory authorities, already empowered by the commission and independent of member-state governments, along with the EU Agency for the Cooperation of Energy Regulators, could well serve a socialised European electricity system as frameworks for harmonious energy and climate-policy implementation. This would help resolve tensions between the EU and members states on shared competence on energy.

As she directed her gaze towards Timmermans, Zalewska called the ETS ‘unjust’ and a ‘caricature’. Socialising electricity would save the commissioner from again underselling the scheme, or any other solution to what he called an ‘existential threat to humanity’.

A socialised system would render unnecessary the social safety-nets patched together by member states in response to the ‘price hike’. Timmermans’ ad hoc solution, to ‘use the age old political instrument of redistribution to make sure that the burden is evenly spread in society’, all the while maintaining the notion of a free electricity market, is politically and economically unsustainable.

Socialising electricity would allow for comprehensive EU rules and regulations, set with member states, on energy, environment and climate. Clearly energy can’t be separated from climate any more than carbon from coal. Tensions between the climate and social sides, as Timmermans put it, are certain to persist so long as the EU presses on with its climate actions. They are best reconciled within a socialised system for producing, distributing and transmitting electricity across Europe.

The commission and the European Council have agreed on the need for swift actions ‘that would contribute to energy at a price that is affordable’. Standing in their way is a liberalised electricity market. The urgent need, socially as well as ecologically, is to pave the way to a socialised electricity system. 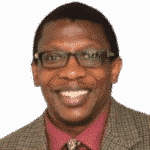